When Is National Absurdity Day?

November 20 is both National Absurdity Day and False Confession Day in the United States and the combination could result in some hilarious or catastrophic outcomes.

This seems to be a Mega April Fool's Day in November. Not quite like the solstices or the equinoxes, the holiday is five months away from April, rather than half a year. 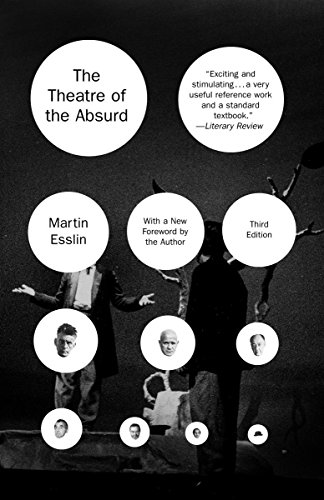 The Theatre of the Absurd
Buy Now

The Day of Absurdity was right on time in 2013, because an actress who specializes in Russian Absurdism seems to have helped to begin a hoax during the first half of November, to the effect that the beloved and quirky comedian Andy Kaufman is still alive.She claimed to be a daughter of the comedian, who was hiding from hi fans and the stress of public life.

According to Alexandra Tartarsky, just like Elvis, Andy wanted to escape the crowds and publicity so he faked his death.

Kaufman was good at hoaxes and jokes, so perhaps his brother Michael decided to spring this one on the world 30 years after Andy's leaving.

One side of the debate holds that Michael hired Tartartsky to help him with the Kaufman-esque stunt. The other side is Michael, who on November 11, reported to a crowd that he showed up at a restaurant on Christmas Eve 1999 to meet Andy and received a letter from him instead. Michael says the letter relayed Andy's happiness in being out of the public eye.

Since Andy Kaufman had been practicing Easter Medication, some attendees at his funereal are reporting that he may have only slowed down his heartbeat and breathing to assume the appearance of death.

This may be the best example of the absurd in November 2013, because all of this elaborate presentation occurred at the annual Andy Kaufman Awards. It probably is an elaborate hoax that Andy would have appreciated.

Andy was the best Elvis impersonator I ever witnessed, but an older gentleman who looked a lot like The King. claimed to be Elvis, and published a short book a few years ago suddenly disappeared. Whether he was Presley or not, his several years in semi-public view are also absurd.

No matter the facts, some people may begin to think that the elderly person claiming to be Elvis was actually Andy.

Combining events, that's a lot of absurdity and false confession!

Bubba Ho-Tep (Limited Collector's Edition)
This absurdly clever caper is elevated into a moving meditation on the diminutions of age and the vagaries of fame.
Buy Now

This absurdly clever caper is elevated by Bruce Campbell's pensive Elvis into a moving meditation on the diminutions of age and the vagaries of fame.

I think that Elvis sightings occur nearly every day. Because he has probably hundreds of distant cousins, like myself, this phenomenon may not be so absurd. Some men look a little like Elvis, some fellows look a lot more like him, and some tribute artists added plastic surgery to their preparations inordeer to portray him.

Steve Michaels from Toronto and Doug Church from the USA are the top two Elvis tribute performers and no longer enter the competitions for "Elvis impersonators." Even so, Andy Kaufman was probably een ore believable. However, Bruce Campbell played Elvis in the award winning Bubba HoTep (2002), as absurd a comedy as ever was presented.

In the film, we find that Elvis faked his death and, in a nursing home, pretends to be a delirious senior citizen who believes he is Elvis. Ossie Davis portrays a senior who believes himself to be JFK, with the claim that the government dyed him black. Together with other nursing home residents like the Lone Ranger, they battle an Egyptian mummy come back to life to exact vengeance.

Even the title of this Laurel and Hardy film is a bit absurd. It is a pun on the 1937 movies Souls at Sea, which starred Gary Cooper. Another absurdity is that, in real life, Oliver Hardy was badly burned in a cooking accident while under contract to Roach Studios, and the last L&H film for that outfit included cooking.

Saps begins realistically with a workplace problem. Laurel and Hardy are hard at work in a horn factory, when Oliver begins to have a panic attack related to the constant noise of honking. He and Stanley visit he company doctor, who prescribes a soothing sea voyage as treatment.

Laurel and Hardy go to sea to rest, but Stanley keeps making loud noises and Oliver is afraid of open water. Together, they confront an escaped killer on board their boat. The criminal and the ship's cook demand that the duo cook dinner. L & H plan to poison the criminal with fake foods.

The comedy partners comply with demands and prepare a meal of alternatives: spaghetti (string from mop heads), meatballs (sponges), and cheese (grated soap). However, Stanley is forced by the killer to eat the "meal" and his facial expressions while chewing are hilarious!

Even more absurd in this film are scenes of an apartment maintenance worker gone haywire. He causes all the refrigerators in the building to play music and the radios to freeze over.

L & H are such favorites, because of their convincing trips from the real to the surreal - and the accents resulting from pairing of an Englishman with a man from Georgia. In his recent Las Vegas act, Jerry Lewis spoke of his admiration of Stanley Laurel, his influence on Jerry, and their friendship. In turn, Charlie Chaplin had influenced both of them.

Which is most absurd?

Money That Does Not Exist

This is a mock up of a possible $1,000,000,000,000 coin. Rumors in the media in the 2010s included one in which America would mint a few such coins to avoid raising the National Debt Ceiling and perhaps pay off indebtedness to China. No such coin was minted.

An interesting fiction incident involves another type of currency. In an old science fiction short story, a man becomes part of an elaborate housing scheme for aliens on Earth. The scheme takes over the man's whole life. He is paid several times at a bank in some alternate dimension. At the conclusion of the deal, he takes large amounts of US Currency home to his wife. When they open the bag, they find only $10,000 bills, a demonination that had, as yet, never been printed in America.