Parol: The Star of Christmas

I just redecorated my three-year old Christmas tree (made pf plastic and metal materials), but I still miss a lantern outside our home. Got to make a 'bamboo-made' lantern or parol, the symbol of Philippine Christmas. It's the idea that popped out of my mind. Since, I was keen of doing this since elementary grades, I am utilizing local materials for its availability and distinctiveness that it came from the Far East.

Making lantern is not new at all. It became synonymous with the celebration. It's the symbol imitating the huge star in Bethlehem that was used as the guiding light of astronomers and wise men from the Far East to reach the humble town of Bethlehem, where the Son of God was born (Jesus Christ), long time ago....

How to make a Parol tail c/o crxtxn

How to Make a Bamboo Lantern

It is usually a five-pointed star before, being based from the mighty star of Bethlehem. Don't mislead it with other meaning, like parole or parol the prisoners.This is the solemn 'heirloom' from Spain that I can be proud of. Farol to them means lantern.

Annually, parol-making contest is held in every town or cities in the country. Only last year, our barangay did partake on the annual lighting of Christmas lanterns at the town plaza (Minalabac, Camarines Sur, Philippines). It is all made of bamboo, two meters long plus the two fancy tails made from colored plastic covering.

The useful tips from the 'expert'

What we need are the following:

Now, who wants to put it just between the two mango trees facing the highway? Me again? (Stop whining, travel man!) Okay....want to see the product, i mean the lantern (parol)? You have to visit me here on Christmas eve. Happy holidays!!!

Giant Lantern Festival in the Philippines

I must write about it separately but I made a quick detour to include it here. That is...the Giant Lantern Festival in the Philippines!It is often held during Saturday before Christmas.

It originated in San Fernando, Pampanga and popularly known as Ligligan Parul way back 1904, during the American regime in the country. It was during the time of deposed President Manuel L. Quezon that it became popular in the archipelago.

Imagine how you can picture a giant Christmas lantern about 40 feet in height or about 13 meters long, just the height of a four-story building, with 35 thousand light bulbs or more on it!!!

Many people will say, it's fabulous. Others will say it's an extravagant showcase, but it is just a part of the most popular contest in the country during the holidays.

Parol industry in the city is the main occupation or livelihood of the residents during Christmas. Many entries come from different parts of the archipelago because of the big prizes and accolade that await the entrants.

No wonder, San Fernando city has been dubbed as the "Christmas capital in the Philippines".

If you're interested or curious about it, you can be part of the merriment and the contest if you happen to visit the city this Christmas.

Lanterns around the World 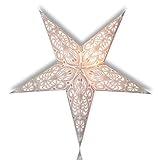