Looking around for a Halloween costume that is sexy, naughty and daring? I was, but I seem to be unable to choose which one to go for. There are so many costumes on the market that it is rather difficult to choose which one would suit you and your personality best.

For the past few days I have been toying with the idea of dressing up as Princess Leia but it is not scary enough. I also though about Xena the warrior Princess, but I cannot find a head to hang off my belt to scare the heart fainted. Catwoman also seemed like an obvious choice, but going around in latex carrying a whip is more my everyday thing than a disguise. I also looked at the pirate wench costume, but I like to be perfect so I would need a quick pirate’s lingo course. Finally, I though maybe an elegant and quiet sexy witch might do the trick, but I am not convinced yet. Would you help me find my perfect costume?

These are my top 5 favourite sexiest costumes from Amazon.com

This is my favourite ever Star wars costume, the one used by Princess Leia following her capture by the crime lord Jabba the Hutt in the Star Wars film the Return of the Jedi. I always had a soft spot for this skimpy outfit and why not admit it too; I always had the not so secret fantasy of being kept on a leash! I would only need to find a sugar daddy keen to wear a Jabba the Hutt costume to take me to the Halloween ball.

One of the Sexiest Halloween Costumes : Xena, the warrior Princess

Xena, the Warrior Princess is a character from an American television series.

This outfit would fit me like a glove as it represents a woman warrior like the one I was baptised after. Anath was a warrior Goddess, famous for her violent temperament and taking joy in slaughter, but also known for her strong sexual aspect which made her a War and Sex Goddess. Anath is a swordswoman and archer, so this outfit might suit me. I would only like to find a couple of shrunk heads to hang off my belt for good luck!

Catwoman a sexy, sophisticated and vengeful woman, is a fictional character who appears in Batman as a super villainess. Being an anti heroine I always found fascinating Batman’s enduring love interest in Catwoman which confirmed to me that good boys like bad girls.

Catwoman uses a variety of themed weapons and equipment, her favourites being her car "Cat-illac" and her whip; a weapon that she is well trained to use. I also appreciate the bondage connotation of cat woman as she has been shown to have various items to restrain her victims, such as a set of plastic ties for binding hands and feet, and a roll of duct tape used to gag her targets.

I would love to wear this costume just for the pleasure of going around with my whip at the Halloween party. I am not sure that the other guests will appreciate that too much, but heck, its Halloween!

Can I bring out the Pirate wench in me for a day? I know I have what it takes, but I would need Pirate Girl’s help to brush up on my pirate lingo if I ever decide to wear this costume.

I like this costume because for me a pirate wench is not afraid of her sensuality, she knows who she is and she believes that she is God’s gift to her Pirate!

I actually like this costume because it looks rather sophisticated and elegant.  It is sexy without being vulgar.  It is the kind of costume I might wear to a family Halloween gathering, but honestly, I don’t see myself going to one of my usual bashes with this one on. 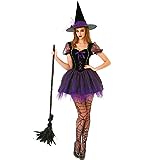 Which one should I choose?