The Best Way to Climb Table Mountain in Cape Town

The Easy Way Up

Table Mountain completely dominates the Cape Town vista and no visit to Cape Town would be complete without a visit to the iconic mountain. There are numerous ways up to the top ranging from the very easy (cable car) to the more strenuous like Skeleton Gorge. If you’re feeling lazy you can take the cable car up, this has the benefit of some amazing views and the cable car rotates allowing full 360 degree views of the city. The cable car costs about R90, takes about ten minutes to get to the top and leaves every 10-15 minutes throughout the day until it gets dark.

The Harder Way Up

For the slightly more adventurous I’d highly recommend climbing the mountain yourself and forgetting about cable cars. It will take you around 4 hours instead of 10 minutes but its well worth the effort. There are many routes up Table Mountain, most people simply walk up the front of the mountain, through Platteklip Gorge, however we were advised by friends who had already climbed Table Mountain and people in our hotel that this was a pretty boring route that didn’t provide many views. We were keen to climb the mountain in a day, but fancied taking a more challenging route. The route we settled on was ominously known as skeleton gorge. This trail begins on the eastern side of the mountain in the Kirstenbosch Botanical Gardens which is well worth a visit in it's own right.

A great guide to Cape Town and the surrounding areas 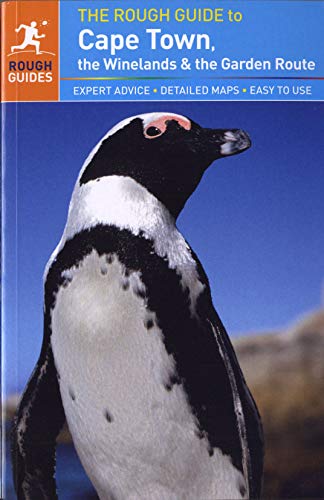 If you are attempting to climb the mountain first ensure you have suitable shoes, this means either walking boots or some strong walking trainers and a plentiful supply of water. I saw one guy on top of the mountain with flip flops and bleeding feet, not a good start! Despite its ominous name Skeleton Gorge isn’t actually that deadly, with a reasonable level of fitness you can get to the top within 4-5 hours. It took us about 4 and a half hours and we had a few stops.

Skeleton Gorge is a steep ravine down the back of the mountain to Kirstenbosch. On sunny days it is ideal as the gorge runs through forest so you are protected from the sun’s rays and as we were climbing through the heat of the day we were very glad of this. The indigenous vegetation is in abundance here and for such a hot area of the world there is plenty of water and the vegetation is incredibly lush and the Iron and Yellow Wood trees are magnificent. The forest area is covered by the South African Fynbos which is a scrub bush and seems to be everywhere, something else to look out for are the famous Proteas which are the national flower of South Africa, truly stunning bright pink flowers. We were in South Africa in April so we were not fully in season but we still spotted a few.

After your initial walk through the forest from Kirstenbosch keep an eye out on your right for a waterfall, we had a quick splash in there which really helped us cool down. From here it gets much more difficult, at no point are you in fear of your life and it is challenging rather than painful but a few rest stops will certainly be needed. The next section involves scrambling up a waterfall, which in April was reasonably dry, but in wetter seasons I’m really not sure how you would get up if there was more water flowing down. You then get to a series of ladders for a rapid ascent up the really steep bits. There are a few more miles of forest walking but most of the really steep work has been done, you are also treated to some stunning views of Cape Town and the surrounding areas when you get a break in the trees.

You should now be reasonably close to the top and will get the opportunity to visit the Hely-Hutchinson Dam and Woodhead Reservoir which are large bodies of water unfortunately to cold to swim in but definitely worth checking out for a spot of lunch.

To say that you have actually climbed Table Mountain you will have to reach the highest point on the mountain known as MacClear’s Beacon, named after the 19th Century English explorer Sir Thomas MacClear. This is marked by a stone cairn and is at 1,085m above sea level. This spot is definitely worth a drink and a snack. You’ve earned it and you get arguably the best views of Cape Town up there.

Now you’re on the top you can pay a visit to the Table Mountain Café if you fancy a break. This is actually deceptively far from MacClears Beacon and took us about 45 minutes to walk, you can see it in the distance but it never really seems to get any closer. You can buy lunch there and souvenirs if that is your thing and even get a beer if you fancy it. However if you are going to take a walk down I’d stay clear of the alcohol for a few more hours.

You have several options to get down, you can of course go down in the cable car if you’ve had enough, or go down Platteklip Gorge, which is a fairly easy popular route down or Nursery Ravine back to the Kirstenbosch Botanical Gardens. Our route was decided up when we saw a sign saying “this is not an easy way down!”, how could we resist?

This trail was known as the India Venster Trail and provided plenty of challenges. A word of warning here, as the sign says “this is not an easy way down!” I have to admit there were points where had I been on my own I would have probably turned around, such as the point where there was nothing but a one inch ledge over a 15 foot drop to walk across, but fortunately my wife who is clearly more intrepid than me spurred us on.

The route is marked by a series of yellow footprints, however I should point out that this seems to be set up for people climbing rather than descending and there were many points where we found ourselves on the edge of a cliff with nowhere to go and having to back track. There is also plenty of scrambling which is probably easier going up than down. As the sun was also starting to go down it added an extra element of danger.

The route took about 2 hours and was pretty heavy on the shins and knees, but was great fun and I would definitely choose that route again. Only go down that route though if you are fit and healthy as I was later informed that several people had died on the route. You conveniently come out by the cable car station and we were congratulated by several groups of people who had seen us scrambling down, indeed when looking up it really does look like an impossible route. Great fun though!