I grew up in the sixties in the Deep South. At the time, very few middle-class or upper middle-class women worked outside the home. My mom was an exception. She had a burning desire to be a nurse, and after becoming an R.N., she was very devoted to her career and to her patients.

While she was at work, I stayed with my Aunt Tinkie, Mom's sister. She was wonderful, and she and my Uncle George doted on me. They had one child - a daughter - but she was eleven years my senior, so I think they just liked having a little girl around again.

Like most Southern ladies of the time, my aunt had a maid who did most of the housework, including the laundry and the ironing. The lady of the house spent her days reading recipes, sewing, cooking, shopping, re-arranging her furniture, and giving and attending parties.

One of the most popular types of themed parties was the bridge party. Every woman I knew played bridge. I think it was like a law or something, even though my mother somehow escaped the edict.

Anyway, it seems like Aunt Tinkie was always either giving or attending a bridge party when I was a kid. These were held during the day, while the men were at work. The women would take turns hosting the events in their homes. Men never attended the afternoon or morning bridge parties. Children were allowed, but they had to stay in another part of the house during the card-playing marathon.

Depending on the size of the hostess's living room, four to six card tables would be set up for the various groups of card players. Some hostesses allowed players to choose their teams, and others assigned them. After a round, the women would rotate to another table. Small prizes were awrded to the winners.

These events were not nearly as formal as the popular afternoon teas. The women wore sportswear, usually, and the tables lacked the adornments of fresh flowers and such - there had to be enough room for the cards and scorepads.

Of course, food was served. Southerners cannot get together without eating - another one of those laws, I think. Ususally, just two or three dishes were offered, like maybe finger sandwiches, chips, and cake, pie, or homemade cookies. Coffee and soft drinks were also offered.

Sometimes the women would get caught up in the latest food rage and serve rather unusual dishes. I remember when vanilla ice cream and potato chips were popular for a while. At one of Aunt Tinkie's bridge parties, she served small bowls of soft vanilla ice cream and dip-style chips - together! I thought this was really strange, but all the guests loved it! When the next parties were held at the homes of the other women, those hostesses also served the cream and chips.

As strange as it may seem, it's actually a good combination! In fact, since that early childhood experience, I love the combination of sweet and salty. Try it sometime! 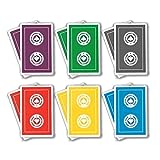 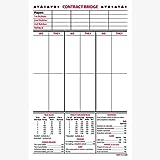 How to Play Bridge: A Beginner's Guide to Learning the Game, Bids, Hands, Cards, and Strategies to Win at Bridge
Buy Now