Spring in the Pennines

Spring can arrive late in the high Pennine regions of Rishworth and Saddleworth Moor. The car dashboard might have read 5°C outside, but stepping out into the wind it felt as though the raw cold air was below freezing and had travelled all the way from the frozen steppes of Mongolia.

Much of the vegetation here is usually found in areas of the world known as tundra, as very little else will survive the harsh weather. The ground is boggy and dangerous to the unaware and there are deep black pools where peat has been dug over the centuries. Although the snow is still on the ground in places, the heather which is a very dark brown at this time of the year is tinder dry and there have been a number of fires already this year. 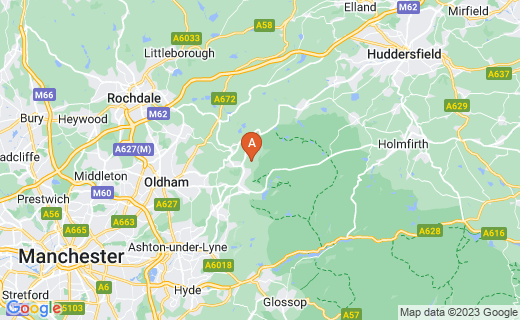 still a wild and forbidding place

Ice cream in a lay-by

Even in the towns and villages of this area have strange names, Rastrik and Sowerby we passed through the junction hamlet of Ripponden, to one side was Soyland and Barkisland. From Ripponden the road begins to climb until at its peak it reaches and runs alongside Blackstone edge reservoir its water always looks dark and forbidding and very cold whatever the time of year.

Bizarrely, there is always an ice cream vendor in a lay-by at this point; I must admit it is nice to eat a Mr. Whippy ice cream while staring from the very top of Yorkshire over the Lancashire towns of Rochdale and Shaw. To the right is the hamlet of Cragg Vale infamous for a gang of counterfeiters called the Cragg Vale Coiners; its cottages cling precariously to the hillsides and follow the steep road down to the town of Mytholmroyd.

The one sure sign up here that spring has arrived are the new lambs that bounce with joy whilst there sedate mothers continue to crop the grass. It is an event that must have happened here since the farmers of the Bronze Age were attending their sheep and is somehow a connection with the long-lost past.

There are a number of Bronze age and Stone age sites in the area, they would have hunted wolves, deer, bears, wild boar and grown early forms of oats and wheat. Later on the Romans visited the area building a road across the moors linking York and Manchester.

Here's how to make money 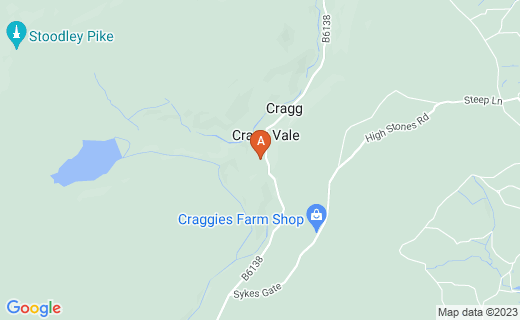 Cragg Vale where they decided to make their own money

The Cragg Vale Coiners whose leader was known as "King" David Hartley, obtained real coins from the landlords of Inns and merchants sometimes on the promise that they could "grow" the investment by smelting the original metals with base ores. They removed the coins' genuine edges and milled them again, collecting the shavings. The coins were only slightly smaller than the originals and then they were put back into circulation. Most of the counterfeit coins had French, Spanish, or Portuguese designs. They then melted down the shavings to produce counterfeits, and with a hammer and coining kit re punched designs into the blank "coins".

The men were betrayed and all came to a sticky end with King David being hanged at Tyburn in York in 1770.

. The Cragg Coiners were the subject of a children's novel Gold Pieces by Phyllis Bentley The story is seen through the eyes of a fictitious twelve-year-old boy who lives nearby and who befriends the son of David Hartley. All the places and the main characters such as David Hartley and William Dighton are given their real names. Gold Pieces was reprinted in 2007.

In front of us is the White Horse Inn which has a fantastic view across most of Lancashire they say that the top of Blackpool tower can be seen from here on a clear day. The road is almost as steep as a ski run as it winds down the far side into Littleborough.

Then it was back home in time for tea.