What is it about the Irish, especially on Saint Patrick's Day, that makes the rest of us want to be Irish? Well, for one thing, there are no snakes in Ireland, according to legend, as St. Patrick drove them all out some few centuries ago - although, according to some, he missed a few of the two-legged ones.

There is certainly no lack of famous Irish fellers we'd like to emulate, or, at least, applaud, and that "darlin' accent" is much imitated - usually badly, and sometimes drunkenly, especially on March 17th of any given year. Some of my favorite actors are Irish - Liam Neeson, Sean Bean, Collin Farrel, Pierce Brosnan, and Richard Harris, to name but a few. Some of my favorite musicians are Irish as well, and a very few are featured here. Perhaps an examination of a few of Ireland's famous folk will shed some light on this. 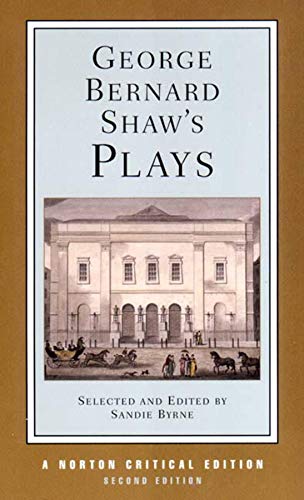 George Bernard Shaw (1856-1950), dramatist, literary critic, socialist spokesman. Shaw was a freethinker, a supporter of women's rights and a fierce advocate for equal income. When, in 1925 he was awarded the Nobel Prize for Literature, Shaw accepted the honor but turned down the cash award.

Born on July 26, 1856, in Dublin, the son of George Carr Shaw and Lucinda Elisabeth Shaw, his father's drunkenness led young George to become a life-long teetotaler. In 1876 he moved to London to join his sister and mother, not returning to Ireland for nearly thirty years.

Shaw began his literary career as a music and theater critic, and and tried his hand at writing novels, including the semi-autobiographical "Immaturity". He was not terribly successful to start. In 1895 Shaw became a drama critic for the Saturday Review, and began to make a name for himself.

His articles were later collected in "Our Theaters In The Nineties", published in 1932. He also wrote as a music, art, and drama critic for the Dramatic Review.

In 1898 Shaw married Charlotte Payne-Townshend, yet carried on a passionate correspondence over many years with Mrs. Patrick Campbell (widowed), an actress. His play, "Pygmalion", perhaps the best known of all his plays, was originally written for her. It was later turned into two films and a musical, "My Fair Lady".

His later plays against the war caused a drop in his popularity, but the well-received, "Saint Joan", in 1942, returned him to favor with the public. Saint Joan has been a film vehicle for a number of twentieth century actresses including Ingrid Bergman.

One of my favorite Shavian anecdotes involved Shaw's great friend, Winston Churchill, and the opening night of Shaw's new play. Shaw had sent a cable to Churchill, offering to set aside two tickets for him, and encouraging him to, "bring a friend, if you have one."

Churchill cabled back that affairs of state prevented his presence there, but added, pithily, "Will attend second night. If you have one."

William Butler Yeats (1865 – 1939), Irish poet, and playwright. In his later years Yeats served in the Irish Senate for two terms. Yeats is attributed with being a strong force behind a renewed interest in the Irish heritage - language (Gaelic), Irish folk tales, and traditional music. With Lady Gregory and Edward Martyn he founded the Abbey Theatre.

In 1923, he won the Nobel Prize for Literature for what was described by the Nobel Committee as "inspired poetry, which in a highly artistic form gives expression to the spirit of a whole nation." He was the first Irishman ever to be honored, preceding Shaw by two years. Yeats is one of the few writers who produced what are widely acknowledged as his greatest works were after being awarded the prize - "The Tower", published in 1928, and "The Winding Stair and Other Poems", published in 1929.

Yeats concentrated on an identifiably Irish content and this inclination was reinforced by his involvement with a new generation of younger and emerging Irish authors. Together with Lady Gregory, Martyn, and other writers including J. M. Synge, Sean O'Casey, and Padraic Colum, Yeats was one of those responsible for the establishment of the "Irish Literary Revival" movement. Apart from these creative writers, much of the impetus for the Revival came from the work of scholarly translators who were aiding in the discovery of both the ancient sagas and Ossianic poetry and the more recent folk song tradition.

I had the pleasure of working on two of his one-act plays, "In the Shadow of the Glen", and "Kathleen ni Houlihan" ("ni" meaning "born"). They are fiercely moody pieces. The first is a three-hander (requiring three actors) in which a woman is driven into the arms of a stranger by her miserly and deceitful husband.

"Kathleen ni Houlihan" is, on the surface, an anti-war piece in which an old woman, the spirit of Ireland, transforms into a beautiful, alluring woman. Her stirring paean to glories of fighting for "home and country" lure the young man of the house to enlist in a foreign war against the British.

I was lucky enough to have some wonderfully talented Irish actors among the cast, and they were able to keep the rest of the cast "on the far side of the Atlantic" with their accents, and not meandering into the dreadful "stage Irish" one hears so often.

Known as leprechauns, said to live under the hills, reported to have amassed great wealth in the form of "pots o' gold", and known to create great mischief when the spirit moves them, "the little people" of Ireland's folk tales have not come off so well in their treatment by Hollywood.

Treated as evil beings, buffoons, and magic-wielding, rainbow-riding tricksters with really bad Irish accents in a staggering number of movies by Disney and other misguided production houses, the little folk have not fared well on network television, either.

They may be seen on the small screen huckstering for a pre-sweetened "lucky" cereal that claims to be "magically delicious", selling a "spring"-scented soap, and promoting "lite" beer, diet soft drinks, and Australian KENO.

"But leprechauns are cute! We mean them no disrespect," you say. Well, bear in mind that you are abusing one of Ireland's national treasures when you use the Little People thus.

These proud denizens of the magical realm have graced the folk and fairy tales of Erin from time immemorial. Take care you do not draw their ire, lest they smite you with a plague of boils, or turn your milk sour in the icebox.

Some other famous Irish folk featured here are musicians  - I hope you have enjoyed their music. Sinead O'Connor, Enya, and U2, have provided some great musical moments, showing the world what an amazing bunch the Irish are, and what talented folk have sprung from the sometimes troubled, but always amazing and bewitching Emerald Isles.