Super Bowl Sunday: How Much Do You Know About It and Its History?

Tony has a passion for writing. He aims to share his knowledge in career/personal development - knowledge acquired from rich experience.

The Super Bowl is of course here once again, the most popular sporting event in the United States of America will be once again airing on television as a live event on the 4th of February, which is actually today. It has for years been a day for reunions, hangouts, and fun; for the lovers of the sport it is the day they don’t want to come to an end.

Super Bowl Sunday as popularly known is indeed a special day and it does has some eventful memories over the years and like other events, has its own histories. These are the things I am going to be sharing in this piece. So why you’re eagerly waiting, we all know time won’t fly while actually waiting for evens like this, so you can actually wind away some time knowing more about Super Bowl. I do bet you will find some interesting things you never thought was attached to Super Bowl or the sport!

The Coining of ‘Super Bowl’

The maiden Super Bowl event was held on the 6th of January of 1967, which is 51 calendar years ago. The Super Bowl was formerly officially referred to as the “AFL-NFL Championship Game”, this was what was agreed upon by the league’s owners.

Despite the coining of the name, ‘Merger Bowl’ and ‘The Game’ were touted as possible names to replace the already in use ‘AFL-NFL Championship Game’. This didn’t materialize as a bigwig in the sport had “kiddingly called it the ‘Super Bowl’ which obviously can be improved on”. This was part of the message Lamar Hunt (founder of the American Football Conference team Kansas City Chiefs) had delivered to Pete Rozelle, the then commissioner of the National football League.

Both leagues sued each other to court regarding different issues and both also flaunted their financial power in hope of luring players with increment in pay. A good example was the court battle between the AFL and NFL, when the Houston Oilers (AFL Team) signed Billy Cannon (1959 Heisman Trophy winner) on a One Hundred Thousand Dollars ($100,000) deal despite having an active Fifty Thousand Dollars ($50,000) contract with the Los Angeles Rams (NFL Team). The court ruled in favor of the Houston Oilers, after they argued the Los Angeles Rams manager Pete Rozelle had manipulated Billy Cannon into signing a contract.

The severed relationship between the two leagues at the time meant there was no love lost between the leagues’ commissioners. Pete Rozelle was for house NFL, while Davis for house AFL (sounding like Game of Thrones right? House Stark is my favorite).

The elongated rivalry was destined to see its when Tex Schramm (then general manager of Dallas Cowboys), proposed a merger deal with AFL owners in secrecy, with Lamar Hunt leading the pack. The discussions were not known to Davis (AFL’s Commissioner), and this was no part down due to his stern tactic of “Take No Prisoners” towards the NFL, and fear of losing out to AFL motivated the merger deal proposal.

Some notable agreements in the merger include;

NB: The leagues (NFL and AFL) continued with their separate usual season schedules from 1966 but were officially merged in 1970; thus they became two conferences, in one league.

The National Football League was founded in 1920 and was inaugurated in the same year. Roger Goodell is the league’s commissioner and the league has 32 teams, which is equally divided among the two conferences (AFC and NFC).

The Pittsburgh Steelers has the most record of Super Bowl wins, with a winning percentage of .750. They have won 6 Super Bowl titles.

The New England Patriots leads the chart of the most appearance in Super Bowl with 10 appearances, including today’s contest with the Eagles.

The Super Bowl after the Thanksgiving Day, is the second largest day for food consumption in the United States.

The Super Bowl is the second most watched sporting event in the world after the Uefa Champions League of Soccer.

The Super Bowl is the most watched sporting event in the United States of America, with many celebrities gracing the event and some performing before and in between the event.

The Super Bowl is inarguably America’s most watched television event or program with an average of One Hundred and Fourteen Million, Four Hundred Thousand (114.4M) viewers.

The Super Bowl promises halftime entertainment from music superstars in the country and this year’s is not going to any different. We are going to be seeing a familiar face in the Super Bowl Sunday in Justin Timberlake. He is going to entertain the sports lovers during halftime and we all know how good he is; and with his impeccable stage performance prowess, rest assured you will be entertained.

Though the last time Justin Timberlake performed in the Super Bowl dates back to 2004 with Janet Jackson, and the wardrobe malfunction is a thing that won’t be forgotten so quickly. 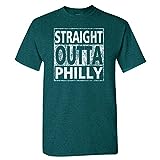 The Super Bowl LII will kick off Sunday at 6:30 P.M ET, at the US Bank Stadium. But if you’re in Africa, then you will be watching it early hours of Monday.

Cris Collinsworth alongside AI Micheals will be the ones making the call, while Michele Tafoya will be reporting from the sidelines.

This year's Super Bowl will be broadcasted by NBC

Who do you think will win?