The 12 best rock and roll Christmas Carols ever. Read over 4,000 times!

Its time for decorating and shouting the good news!

Here is how to put Hendricks under the tree! 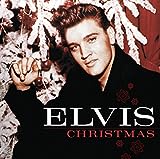 Here are the best metal gifts since the wise men brought gold to the new born King.

Ever hear a rock version of a Christmas Carol and think "wow, that's just wrong"? But, then after hearing it you like it? I have and those are the tunes that inspired me to string up this list! I have always loved the fact that Jimi Hendrix, Weezer, The Ramones and many other rock icons, suited up for the Holidays, and gave us their gift from the studio!

Trans-Siberian Orchestra- Cannon Christmas. This was a powerful version of an old classic.

Santa Clause is coming to Town-I like Alice Cooper's version is better than Bruce Springsteen's- Alice stayed true to his raw style when he sent us the warning!

I want to say that I loved Bing and Bowie, but if it isn't rock, it didn't make it.

Rocking in a Weezer wonder land.

Sing loudly, the songs of praise!

12. Merry Christmas (I don't want to fight tonight)- The Ramones- Done only how Joey and the gang could do it! This was perfect for the biker and punk (grunge) era. Really The Ramones were called punk but sounded more like the Godfathers of grunge!

11. There's Something about Christmas Time- Brian Adams- This was so moving and fills us with joy and brings light to a dark world. Ok enough of that mushy stuff,and back to rock and roll!

10 Do they know its Christmas Time at All?-Band Aid-How could I leave off this all star event? I couldn't!

9. Santa Bring My Baby Back to Me- The one and only, ELVIS- He was the best thing to ever come down the chimney!

8. For unto us a Child is Born- Sara Tennyson- This was a wild but sincere version. Sara put on her rock and roll stockings for this one!

7. Hark the Herald Angels Sing-Weezer- Weezer put so much energy and majic into their Xmas album. This was one of many classics from them.

6. Christmas Wrapping- The Donnas- I love this version though it was a remake. The Donnas put so much passion and energy into this modern day Christmas Classic! What a great "chick band" they are.

5. Mary's Boy Child-Lahtiset- This wasn't too hard as far as rock carols go, but it was so upbeat and awesome...like the new born King!

4. The Little Drummer Boy- The Dandy Warhols- This was a Seattle, grungy, rocking version of my favorite carol of all times.The Dandys nailed it! Stryper, and Joan Jett/The Black Hearts did great versions of this one too!

3.O Holy Night- Weezer- This was so beautiful and sang with such power and conviction! How could you not love this one?

2. O Come all ye Faithful- Twisted Sister- This is my favorite! They jammed out on this one like it was still the 80's! Dee and company did a great job and even kept it reverent! The amazing guitar riffs charged up my Christmas Spirit in a hard core, heavy metal, rock and roll type of way!

1.Silent Night/Little Drummer Boy Medley- The Immortal Jimmi Hendrix...YES he had a Christmas Album and it has to be heard to be believed! Jimmi clearly respected the new born King!

Be loud, be joyous and most of all...be good for Goodness sake! Merry Christmas!

He was even more colorful than a Christmas tree, and his spirit still lives on! 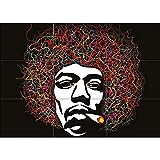