The Two Korean New Years and the Year of the Leopard

Peninsula of Many Nations

Recently, I was delighted to write a Hub in the theme of the Freedom to Write and the creation of the Korean Language, Hun Gul (or hangul).

Korea is a Far Eastern peninsula country that has been invaded by nearly every other society and people around it. Indigenous peoples from the farthest portions of Asia either invaded or moved into the northernmost areas of Korea. Some DNA tracking evidence links the peoples of Korea to those of Altai, Manchuria (took in almost the entire Korean peninsula at one point), Mongolia, First Nations and Native Americans, and less closely to the Sami people of Northern Europe, and to others.

In fact, the Sami legend that a native Reindeer pulls the sun up in the east every morning alters to become a Dragon pulling up Sol in the Korean morning skies. Incidentally, the Dragon of the 12 Earthly Branches of the Asian zodiac becomes a Snail in Kazakhstan, while the Tiger becomes the Leopard. May a snail pull the sun up in the morning?

Regardless, the Chinese alphabet and culture were one of many imposed upon and actually adopted by the Han people of Korea for many years, because they had developed no written alphabet of their own. This tended to keep the concept of writing as communication and as an art form out of reach of the lower classes of Koreans that could not learn the Chinese writing system - it was complex and included many characters. Under Japanese occupation, yet another alphabet was imposed and Korean arts, including martial arts, were outlawed - and masters went up into the mountains until the Japanese left (some others infiltrated the Japanese and Chinese armies, took appropriate names and made good livings.) .

King Chin Heung of Korea in the 500s AD created a 24-character alphabet that the Koreans use to this day, although many North Koreans learn the Chinese characters and language and some even escape a cruel dictatorship to Northern Chinese regions, as in the great book The Ginseng Hunter by Jeff Talarigo, author of The Pearl Diver. The King of ancient times also established a system of public welfare and volunteerism as well as an alphabet and many other advancements. Anyone in the kingdom was now able to learn to read and write.

Some North and South Koreans still honor Chinese New Year's today as well as the January 1st New Year's by having two separate celebrations. They are able to enjoy a second holiday in this manner, with days off from work for each one to celebrate family and the new year. 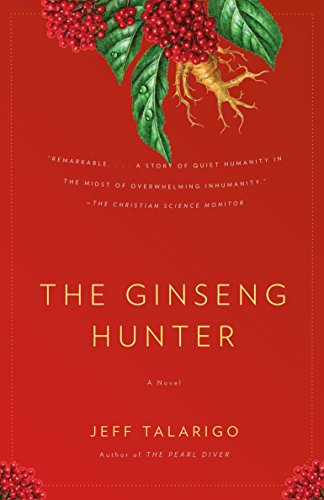 The colors of South Korea are blue and white, while red, a favorite of the Chinese, can mean death in Korea - death announcements are sent with red borders. However, leaders and officials of all sorts wear red as a symbol of leadership in traditional garments and everyone that has one might wear red in the traditional hanbok or handobok (more like working everyday clothing), a floor length outer gown for both men and women. Red can be seen among royalty and in some weddings as well. Kites flown on New Years may also contain the color red.

In the third month of the lunar calendar, the Korean New Year is Seollal, the most traditional and important Korean holiday. Several days of celebrations begin on the Lunar (or “Chinese”) New Year's Day for at least three days. "Seollal" is also called “Gujeong,“ "Seollal," or “Sinjeong.” It falls on the day of the second new moon after the December solstice, except in the years in which an extra month appears to make up for the accumulated quarter-days ignored in the actual solar years. In this case, the New Year falls on the day of the thrid new moon past winter solstice.

Regardless, it is a family day for all to celebrate ancestors and dress in colorful hanboks if they possess them – they can be most expensive. Many travel as far east as they can in order to see the first rising sun of the Lunar New Year – a Dragon is said to pull the sun up into the sky. Many families and individuals travel to their childhood homes to visit their relatives and the graves of ancestors to perform a ritual family customs.

Sebae is another traditional activity of the new year in which children wish parents happiness. I have learned the different ways for boys/men and girls/women to bow in this ceremony – For living parents and elders: A male places feet together, squats straight down to the floor, moves the top of his body forward, places his hands in a diamond shape (like a push up) on the floor before him and touches his forehead to his hands. Then he proceeds backward through the movements and stands. A female places hands to the sides with palms outward and forward, fingers slightly spread, places one foot around behind the ankle of the other and courtsies deeply as possible with eyes downcast, then rises. For deceased elders: both male and females perform the prescribed movements twice; on the third time, they simply bow from the shoulders with eyes downcast humbly in respect.

At the end of bowing to the living, children say saehae bok manhi badeuseyo to wish paretns to receive many blessings in the new year. The parents and elders then dole out treats and/or traditional words of happy good advice.

I have seen The Three Bows used to end performances of the Korean National Demonstration Team of elementary and middle school children that study at a school within largest university in South Korea are black belts in Taekwondo – they spend 8-10 hours a day in school and training. They bow to the audience around all four sides of an arena in the way of traditional respect for ancestors and receive a standing ovation, since they have just performed 90 minutes of spectacular feats that most people will never accomplish – all after a four hour warm up without complaint! It shows the humble confident attitude of the skilled and the girls bow in the same manner as the boys.

Tteokguk soup with rice cakes is a traditional dish served on New Year’s and many other Korean favorites are served as well over the course of three days.

Games are a big part of New year’s and boys and men fly kites, although girls sometimes join in. Families play a game called Yut or Yutnori with playing stones and five dowells that are flat on one side, with different values on flat and rounded sides. Men and boys also often play Jegi Chagi, much like Hacky Sack. Women and girls typically choose Neolttwigi, which somehow involves jumping on a seesaw. Each city and village likely has its own local traditional games and sports as well.

Pulling Up the Sun: Dragon and Reindeer

I competed the 6 days of my 3rd dan black belt test long ago (9th dan now), before and during Korean New Years in one Year of the Tiger. The test was conducted during two weekend martial arts winter capms in which we had a foot and more of snow in the beauty of a state park during winter. Each camp included a celebration dinner.

Streams and rivers were not completely covered with ice and we could see and hear the water's music under the streaming sunlight. I performed parts of my examination almost knee-high in cold water, on a hillside in snow and mud, in early morning darkness, and in the mid-day woods where we were able and hear to see wildlife. For the written portion of my examination I was given two topics instead of the usual one: The Art of Night and The Year of the Tiger © Patty Inglish. It was a good year.