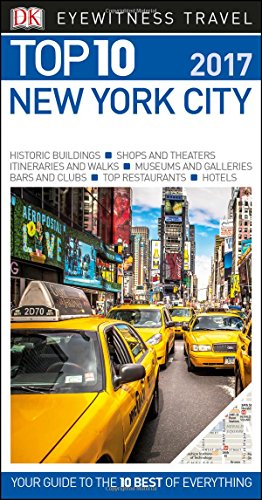 You've already committed to the same old New Year's Eve parties in the city that you've lived in for longer than you care to remember. You'll probably have a good time. After all, you'll drink the bubblies and kiss someone you love at midnight and things will be fine. But don't you want to start off the new year with a better description than "fine"? If you've always wanted to travel the world, there's no better way to get started than by starting a new year in a new location.

Splurge on spoiling yourself this New Year's Eve and get a last minute ticket to one of these global hot spots where there is certain to be something glamorous going on:

o American Samoa. Do you want to ease your way into the New Year? When the clock has struck midnight everywhere else in the globe, the people who are in this area will still be getting ready to celebrate. That's because this is one of the last places to see the turn of the calendar page due to the way that the time zones work out. If you want to linger in the holiday for a long time, a trip here could do you some good.

o Amsterdam. This European destination is one of the top spots that people head to if they want to celebrate New Year's Eve in a country that they've never been to. Amsterdam is a gorgeous city and it's filled with people who love to have a good time. If your New Year's resolution is to do something that you're afraid to do, this is a good place for getting started. Hit up the red light district, take a sip of absinthe or simply go see something that you've never seen before.

o Anchorage. To many people, winter means snow. If you're currently living in a place that didn't have a White Christmas, you might want to jet off to a place that is sure to be snowy. The residents of Anchorage have permission this year to light their own fireworks so that beautiful starry sky is going to be filled with glittering signs of celebration. And the landscape is sure to stun you into a fresh start if it's a place that you've never seen before.

o Christmas Islands. Are you a go-getter who always want to be the first one in line? Or are you a procrastinator who wants to turn things around in the New Year? Be one of the first to celebrate New Year's by heading to the Christmas Islands where the clock strikes midnight before it does in other places in the world.

o Las Vegas. Normally when you go to Vegas, you lose track of time. You enter a casino during daylight and it feels like night because the dark interior is lit up with neon. You leave the casino thinking that it's evening and find out that you were there all night and it's actually morning. But on New Year's Eve, time in Vegas does not stand still. Celebrate on The Strip by counting down with strangers. Or head to Fremont Street in downtown Las Vegas to see the entertainment that's set up. Don't forget to play your lucky numbers on a Keno machine; a big win would be a great way to start the new year!

o Mexico City. New Year's Eve is about celebrating many different things. One of those things is the fact that we are here in the world to enjoy another year. And if you really want to know that you're part of the world around you, what better place to do that than to spend the holiday in the city that is most populous. With so many people around, you'll really feel like there's something going on around you. The party starts early in the day so make sure that you're wearing comfortable shoes!

o Rio de Janeiro. How could you not have fun in this hot spot? It's a place where the sun is shining even though it's January and the beaches are welcoming you in. You'll specifically want to head to Copacabana where the party rivals that of Brazil's other biggest annual celebration - Carnaval. This place is for some serious partiers so make sure that you can hold your own!

o Times Square. This is the most famous New Year's Eve celebration in the United States and one that is known about around the globe. You've seen the ball dropping in the center of this New York landmark location on many occasions. If that viewing always happened on your television screen instead of in real life, you're missing out on the real experience. Book a flight to New York City and celebrate with the others who are screaming in The Square.

o Tokyo. If you really want to gain new perspective and start a fresh life in the New Year, you should shake up your surroundings. Heading to Europe is great for an American but the truth is that the culture there isn't significantly different from what you see every day. To shock your system out of complacency and into excitement, head to a place like Tokyo where the sights and sounds seriously differ from what you are used to. See some landmarks while you're there and make a commitment to bringing your appreciation of diversity into your daily life in the New Year.

o Trafalgar Square, London. It's not quite Times Square but this English hot spot is sure to draw in lots of people for the countdown celebration. If you've always wanted to go to London, what better time to do it than when everyone there is in the midst of excited celebrations for the New Year? There are other activities going on throughout the city as well for those people who don't just want to stand out in the square. In fact, there's not likely to be many places in this major city that aren't filled with people who would be happy to celebrate with you!

Of course, not everyone can afford last-minute trips out of the country. If you can't make it to one of these hot spots, try to find the best celebration in your own city instead. By starting with a new attitude about your area, you'll start fresh even if you are still in the same old place.