New Zealand's Waitangi Day celebrates the signing of the Treaty of Waitangi between the British settlers and the Maori, in 1840, at Waitangi in the Bay of Islands. Over 500 Maori chiefs signed what is now considered to be New Zealand's founding document. The Treaty is supposed to have granted Maori citizenship and land rights in return for their acceptance of British sovereignty. Unfortunately ever since that historic date the Treaty has been both ignored and argued about. There is considerable variation between the English and Maori versions of the Treaty, and entire academic and political debate has developed what the, relatively short, document means. To this day the New Zealand Parliament has never ratified the Treaty itself, however, it did pass a Treaty of Waitangi Act in 1975 which sought to honour the terms of the agreement

The signing of the Treaty was not even commemorated until 1934. Two years earlier the then Governor General, Lord Bledisloe purchased the then run-down Treaty House and gave it to the nation. There were no annual celebrations. It, wasn't until 1972 the Labour government introduced "New Zealand Day" public holiday on the 6 February as New Zealand's National Day. A change of government in 1975 led to the change of name to Waitangi Day, in 1976. To this day the public holiday is not Mondayised if the date falls on a weekend the public holiday is lost by most workers. Waitangi Day has been the focus of many protests by Maori in recent years. The traditional debate at the meeting house is often disrupted and the flag pole has been attacked more than once. For some people, Waitangi Day is a holiday; for many, and especially for Maori, it is the occasion for reflecting on the Treaty. Since the 1970s the style and mood of the commemorations on Waitangi Day have been influenced by the increasingly intense debate surrounding the place of the Treaty in modern New Zealand. 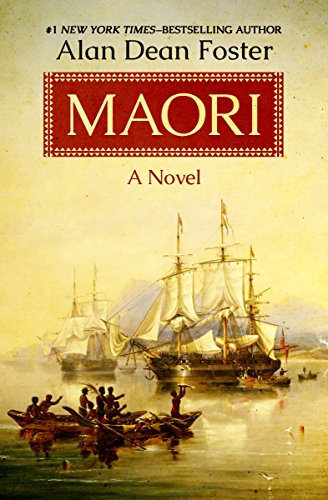 Due to the controversy surrounding the Treaty celebrations are not always focussed on Waitangi, Bay of Islands. The Waitangi Marae is controlled by the local iwi (tribe) and debate has raged over issues such as the conflict between female Governor General and Prime Minister and the traditional non-speaking role of women on that marae.

Celebrations at Waitangi often commence the previous day, February 5, at the nearby Te Tii marae, where political dignitaries are welcomed onto the marae and hear speeches from the local iwi. These speeches often deal with the issues of the day, and vigorous and robust debate occurs.

At dawn on Waitangi Day, the Royal New Zealand Navy raises the New Zealand Flag, Union Flag and White Ensign on the flagstaff in the treaty grounds. The ceremonies during the day generally include a church service and cultural displays such as dance and song. Several waka (traditional canoe) and a navy ship also re-enact the calling ashore of Governor Hobson to sign the treaty.

The day closes with the flags being lowered by the Navy in a traditional ceremony. In contrast to celebrations in many other countries, and probably because of the still divisive debate on the relevance of the Treaty, the whole country does not appear to stop and take part in the celebrations - many see it as marred by not just the activists protests, but the media's coverage of events. However given the likelihood of good weather for the day families often celebrate on the beach or the water with a BBQ.

Kiwis form a great diaspora, thanks to NZ's relatively low pay rates, and the number and variety of working holiday schemes available to them as ex-British colonists. In London, United Kingdom, which has one of the largest New Zealand expatriate populations, a tradition has arisen in recent years to celebrate Waitangi Day. On the closest Saturday to February 6, Kiwis participate in a pub crawl using the London Underground's Circle Line. Although the stated aim is to consume one drink at each of the 27 stops, most participants stop at a handful of stations, usually beginning at Paddington and moving anti-clockwise towards Temple. At 4 p.m., a large-scale haka is performed at Parliament Square as Big Ben marks the hour. Participants wear costumes and sing songs such as "God Defend New Zealand", all of which is in stark contrast to the much more subdued observance of the day in New Zealand itself.

The Haka and the All Blacks

Lis Sowerbutts has been traveling since age 7, and has so far,visited over 55 countries. She firmly believes that traveling is too good to be left to the young and you are never too late to start traveling A New Zealander, Lis currently lives in Perth, Australia.