We Three Kings of Orient Are – A Carol for Epiphany

Feast of Epiphany is a Part of the Christmas Season

As everyone knows, Christmas is both a religious and secular holiday and, while Christmas itself is officially celebrated on a single day - December 25th (or January 7 in churches and communities that still use the old Julian Calender) - it is usually referred to and celebrated as a season - the Christmas Season.

Included in the religious season of Christmas is the Feast of Epiphany which is celebrated on January 6th. As I explained in my Hub entitled Feast of the Epiphany this holy day celebrates the arrival of the three (or 12 according to the Orthodox Church) men from the East, alternatively known as Wise Men, Magi, Kings, etc.

In North America and Britain, Epiphany is celebrated mostly in churches while in Latin America and other places it is both a religious and secular holiday.

Words to "We Three Kings" with music to sing along with

Epiphany Celebrates the Arrival of the Three Wise Men

The Three Wise Men (or Magi, Three Kings, etc.) and the star that they followed have become common symbols of Christmas being frequently portrayed on Christmas cards, ornaments and outdoor decorations among other things.

The role and majesty of the Three Kings is reflected in the popular Christmas carol We Three Kings of Orient Are , the words and music being written by the American John Henry Hopkins Jr. in 1857. 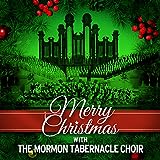 We Three Kings of Orient Are
Buy Now

Carol Composed for an 1857 Christmas Pagent

The carol was originally composed for the 1857 Christmas pageant at the General Theological Seminary in New York City where, at that time, Hopkins was the seminary's music director. Although the carol was first performed in 1857 it wasn't published until six years later in 1863 when Hopkins included it in what appears to have been a short book with other music he had written entitled Carols, Hymns and Songs a copy of which is included in a collection of Hopkins' letters and other writings held by the William L. Clements Library at the University of Michigan. (NOTE: I have only found the above reference to the the book but have never seen it or a copy of it on the web or elsewhere).

Both the words and melody of this carol are stirring as they describe the arrival of the Magi which marked the first approach to Jesus by gentiles. While Jesus was born Jewish and was hailed as the King of the Jews, his message was for the entire human race and the story of the arrival of the Magi in the Gospel of Matthew is the first mention in the Bible of gentiles coming to worship Jesus.

In the carol, Hopkins begins by describing the Magi traveling with their royal gifts in the first verse. While the guiding star over Bethlehem is described in the chorus between verses, each of the next three verses describe an individual gift and its significance. In the second verse gold is offered to represent Christ's kingship. Frankincense, which is mentioned frequently in the Bible as being used in religious rites, is given to recognize Christ's deity. Finally, there is the myrrh also used in religious rites but mostly for funeral rites in times past. Myrrh is also mentioned in the Gospel of Mark where Mark describes Christ, just before his crucifixion, being offered, and refusing, a cup of wine laced with myrrh, the narcotic effect of which was intended to deaden the pain of his crucifixion. The image of Christ's future crucifixion is made even more vivid as the third and fourth lines of the verse continue with: Sorrowing, sighing, bleeding, dying, Seal'd in the stone-cold tomb. This is followed by the fifth and final verse that joyfully proclaims Jesus' glorious resurrection which will follow his crucifixion. In these five short verses, Hopkins ties the two holiest days of the Christian calendar, Christ's birth at Christmas and his resurrection at Easter, together in one lyrical and moving carol.

John Henry Hopkins Jr. was born in Pittsburgh, Pennsylvania in 1820. After graduating from the University of Vermont, he went to work as a journalist in New York City. He then considered becoming a lawyer but ended up enrolling in the General Theological Seminary in New York City and, upon graduation, entered upon a career as an Episcopal priest and later bishop thereby following in the footsteps of his father who had been the first Episcopal bishop of Vermont.

In addition to his ecclesiastical duties, Hopkins continued to compose poetry and hymns, WeThree Kings being the most famous, wrote and illustrated books and, for a time oversaw all of the church plate and metal (mostly silver) work by firms and individuals were sanctioned by the New York Ecclesiological Society a group whose interests included all aspects of church art from architecture to altar vessels.

We Three Kings of Orient Are
Buy Now