What Is The Passover ?

The Passover is a Jewish festival. It is the story of Exodus, in which , the Israelites were freed from slavery in Egypt.

The Passover begins on the 14th day of the month of Nisan in the Jewish calender. It is in spring in the Northern Hemisphere.

The Israelites were instructed to mark the doorposts of their homes with the blood of a spring lamb and, upon seeing this, the spirit of the Lord knew to pass over the first-borns in these homes

The Jewish people were slaves in Egypt, long ago. God knew that the Jews longed to be free. God chose one of them, a man named Moses to help the people. God, appearing to Moses,told him that he was to lead his people to freedom. God then told Moses what needed to be done.

Moses ordered his people to do as God had said. Each family was to mark its doorway with the blood of a lamb. The people were ordered to stay in their houses. They were to gather their belongings together and be ready to leave Egypt.

It was during the night that, the Angel of Death visited every Egyptian home. In each home, the first-born child died. But the Jews were kept safe. As the Angel of Death passed over their houses, the blood was seen on their doors ways, and went by or passed over. This is how the Jewish feast called Passover got its name.

After this terrible night, the Egyptian king, or pharaoh, let the people go. Being afraid that the pharaoh might change his mind, the Jews left in a hurry. They did not have time to bake the daily bread. They wrapped up the dough and took it with them.

When they stopped to eat, they baked the bread over fire. The dough had no leaven or yeast in it. The bread is like a cracker, and is called unleavened bread. The Passover is also known as the Feast of Unleavened Bread.

Passover begins with the Seder (Sayduhr), which is a religious service as well as a feast. The Jewish families pray and eat traditional foods. Among these foods is matzah, which is an unleavened bread. There is also an extra glass of wine called Elijah's cup. This wine is poured in honor of the prophet Elijah. After the Seer, everyone sings happy folksongs.

Jews have celebrated Passover for well over three thousand years. The freedom festival begins on the fifteenth day of the Hebrew month of Nisan, which is in March or April. It last for seven to eight days. 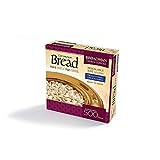 The Book Of Passover

Passover: The Key That Unlocks the Book of Revelation
Buy Now

The Passover is a Jewish festival. It is the story of Exodus, in which , the Israelite s were freed from slavery in Egypt.