What Your Halloween Costume Reveals About Your Personality

What Does Your Halloween Costume Reveal About You?

Dressing up on Halloween means a day or evening of good fun. But it might also be the one time of year when you can live out your secret fantasy of being a superhero or princess, or loosen your inhibitions by becoming a burlesque dancer or dressing in a French maid costume. Did you ever think that your choice of Halloween costume might reveal a secret facet of your personality that you keep under wraps the rest of the year?

Read on to see what your Halloween costume is saying about you.

Which Halloween Costume Do You Love to Wear?

Which Halloween costume do you most enjoy wearing? 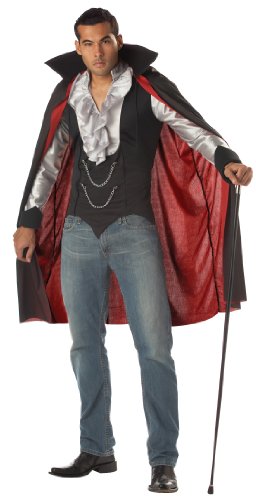 What Personality Traits Do You Express on Halloween?

If you are usually a conservative, quiet guy, do you yearn to shed that suit and become Superman for a day? If you force yourself to be outgoing every day, wouldn't it be nice for an evening to hide out in a nice puppy dog suit where no one knew who your were?