The Origin of Easter

Easter is a Christian celebration of the Resurrection of the Lord, Jesus Christ. It signifies the end of the Lenten season. In the Christian religion it is believed that Jesus was sacrificed on the cross. Three days after his death He was resurrected, or raised from the dead. As part of Easter the death of Jesus is observed on Good Friday, which is always the Friday before Easter. With His death, burial, and resurection, Jesus Christ paid for all our sins, with that all that believe in him shall be granted eternal life in Christ Jesus. The pagan origin caused many church's to reference easter as Resurrection Day.

Easter is celebreated on the Sunday Following the first full moon after the vernal equinox The vernal equinox, also known as the spring equinox when the entire earth has 12 hours of sunlight and 12 hours of night. This year Easter falls on April 24, 2011. 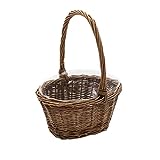 Ishtar, pronounced easter, was a day that represented the resurection of one of their gods named Tammuz. Tammuz was believed to be the son of the moon goddess and the sun god. Some time after the flood, of which Noah's Ark was created, a man named Nimrod was born. Nimrods father Cush was the son of Ham, who was the son of Noah. Making Nimrod a great-grandson of Noah. After the death of Nimrods father Cush, he married his own mother, Semiramis, and became king. Nimrod was seen as a god by his people. Eventually Nimrod was murdered and his body was cut to pieces and scattered to various parts of his kingdom. His wife Semiramis gathered all the parts except his reproductive organ, which could not be found. It was said that Nimrod could not be resurrected without it, so Semiramis told the people Nimrod has ascended to the sun and will now be known as Baal - the sun god. She also proclaimed that Baal would be on earth in the form of flame, either a candle or lamp, when used in worship.

Semiramis was creating a new religion with the help of Satan, where she was a goddess. She claimed that she was immaculately conceived. In her religion the moon was a goddess that went through a 28 day cycle, and ovulated when full. It was also taught that she came down from the moon in the form of an egg and fell into the Euphrates River. This was said to have happened on the first full moon after the spring equinox. Semiramis was then known as Ishtar and her moon egg was known as Ishtar's egg. Ishtar became pregnant and said that the rays of the sun god Baal caused her to conceive. She gave birth to a boy and named him Tammuz. Tammuz was very fond of rabbits, and they became a sacred animal in her religion. Tammuz was eventually killed by a wild boar and was said to have ascended to his father Baal. They were to be worshiped as father, son, and spirit. Ishtar was now worshipped as the mother of god and queen of Heaven and continued to build on her religion. Ishtar told her followers that where her son was killed his blood fell onto a stump of an evergreen tree and overnight the stump grew into an full grown tree. Frm then on Evergreen trees had become sacred as well. It was also taught that a 40 day time of sorrow each year prior to the anniversary if Tammuz's death. No meat was to be eaten, the worshippers were to meditate and make the sign of a "T" in front of their hearts as they worshipped. Sacred cakes were ate that had the same "T" marking on the top. So from then on a celebration on Ishtar's Sunday was celebrated with rabbits and eggs. Since Tammuz was killed by a pig, a pig was to be eaten that Sunday.

Being that Easter or Resurrection Day is a religious and/or pagan holiday. It makes one question if it is something that should be celebrated by God fearing Christians or not. As with most holidays being commercialized, Easter is no exception with the candy, easter baskets, easter hams, and colored eggs which makes one wonder... I hope with this hub I am not offending anyone, and apologize in advance if I have.

Is Easter Christian or Pagan