What, When, and Who Stole My Sweet Halloween?

As a child I can recall growing up in a small rural town and enjoying Halloween as much as I did Christmas. Probably for the first 10 years of my life I believed in fairies, princesses, Santa Claus, and getting to dress up on Halloween (as a fairy princess of course). My family was very poor. I was born into a money glitch situation in that my Dad unlike his brothers decided to work on the farm rather than move to a larger city. Small farmers have to make sacrifices, however we were healthy, happy, and my Mom knew how to be creative and festive for the special holidays. As a matter of fact, we never knew we were poor until family members and childhood friends pointed it out to us.

Halloween was always filled with love and an adventurous hunt that carried us to all our family members and friends’ homes within a ten mile radius. Because we lived on a farm there was no such thing as walking to the neighbor’s house; my father and mother would dress us up and drive around and socialize for hours. It was a special time with my family that I will never forget that feeling of being really loved and getting sick “silly” on too much candy!

Once you’ve finished reading the HubMob’s hubs; here’s some fun grown-up treats you can prepare from Fine Living’s 12 Dressed-Up Halloween Cocktails like Witches’ Brew or let your guest try some of Emeril’s Halloween Recipes like the Haunted Candy House.

But, for now please continue my story and have some fun by checking out the list of yester-year Halloween candy below. How many of the candies did you eat during your childhood?

Yum - Yummie Candy in Your Tummy

I asked some friends to help me recall our favorite childhood candies and here's the list we came up with:

Fairy Tales Begins to be Destroyed

I believe when I was about 6 or 7 years of age all of my fairy tale dreams begin to fall apart beginning with Halloween. In the 1970’s the tradition of the trick-or-treating for Halloween took a malicious turn and has not been able to fully recuperate since. There begin to be occurrences of razor blades being put in apples and booby-trapped pieces of candy being given to innocent children.

This frighten parents who were told by the media to examine each and every piece of candy that was given to their kids and to take the kids only to people that they knew well. The rumors and fear grew so bad that hospitals volunteered to X-ray candy bags. Although, we lived in a rural area mysterious frightening sadistic things begin to happen on Halloween during this time.

Shortly after the news media started reporting the incidents with the candy being tainted with blades and other harmful things; there was a hanging of a black man on Halloween in a barn within a small town near ours. It was ruled a suicide, of course, I recall hearing grown-ups saying they never believed that to be the truth.

More and More the Darker Side of Halloween is Celebrated

In Comes Harsh Reality, Fallacies, and the Movies

Chip Heath, Ph.D. writes, “In 1985, an ABC News poll showed that 60 percent of parents worried that their children might be victimized. To this day, many parents warn their children not to eat any snacks that aren't prepackaged.” I find it interesting that Professor Chip Health writes, “The researchers, sociologists Joel Best and Gerald Horiuchi, studied every reported Halloween incident since 1958.

They found no instances where strangers caused children life-threatening harm on Halloween by tampering with their candy.” Based on my childhood memories I can only recall being more frightened of Halloween after I learned of the first instances of the razor blades in the apples. And scared out of my wits when the black man was hung, animals slaughtered, and what appeared to be paranormal things began to occur in an around the holiday season.

Now let’s face it if you ever been in a rural area at night you know there is only pitch- dark blackness with a few stars on moonlit nights and the lights in the far distance of the next farm house if you can see it. The darkness along is enough to get the adrenal juices growing and the imagination flowing within a child’s mind. So when I read Professor Heath and the researchers’ findings I can only think, “Humph, you didn’t live where I lived nor saw or heard what I thought I saw and or imagined!”

Regardless, of this discovery decades of fear, fallacy, and lost fairy princesses, cannot be erased by one researcher’s report. And of course, those wonderful Halloween Movies that came out shortly after the razor blades in the apples (facts or fiction) has only contributed to fears of many. Universal Studios for the last few years have Halloween Horror Nights and this year they guarantee to bring your deepest and darkest nightmares to life.If that is a part of your tradition for Halloween. The video is a preview of last year's Horror Nights that was performed.

Once the horrible acts and rumors continued to happen my parents gradually started having Halloween with family only and no outsiders; then just at home for siblings only; and then not at all. Probably because it began to seem to be unsafe to travel as we did when we were younger plus a money glitch recession occurred back then as it has today. As I got older I learned that Halloween meant different things for different people. Some people celebrated the harvest moon, others did not celebrate because of Christian beliefs which differs depending on the religion (some churches say no way while others have "Holy Nights"), some chose to participate in witchcraft, satanic worshiping, and other traditions. Needless to say, rather than celebrating the fall harvest and the happy fairy tale of “eating all the goodies” that you can for a night; I learned that there were evil doers, witches, goblins, the paranormal, and so much more.

In summation, the answers to the “what” stole my sweet Halloween would be the crimes committed that affected my childhood dreams and took away the innocence of living in fairy tales. The “when” was between the years of 7 and 10 that I became aware through school, my parents, and the media that there are some people that enjoy harming others.

The “who” would be the evildoers that decided that Halloween would be a good night to commit crimes against children and others having fun. Although this happened early enough in my childhood to influence my outlook on life, I still look at a glass of water “half full rather than half empty.” I look for the good in others; however, now that I’m grown at times I still recall those horrible feats and ugly stories of my childhood. Especially since they seem to continue to occur and or be told by the news media.

Presently, Halloween is celebrated by the smaller children prior to it getting dark, wise parents go with them, and only to people you know well. In spite of researchers and sociologists reports, Halloween is not what it used to be. Over the years, I made a personally decision to no longer participate in Halloween within the public not even as a church function. Just a personal preference; however, Oh! I long for the joys of my childhood memories of just eating too much candy and laughing myself silly.

Wouldn’t it be wonderful if there was no crime, and parents could trust again, instead of having to tell their kids over and over again… “To not trust a stranger that is giving out candy to kids.” Which now-a-days regardless of whether you view the “glass as being half full or half empty” it is justifiable in so many cases to tell our children to be extra careful. So I’m dedicating this hub to the yester-years that have gone by…In memory of my sweet, innocent Halloweens of my early childhood years!

However, if you are not like me and your Halloween celebration consists of the bloody, the weird, the grim, the gruesome, and so much more check out my teammates’ hubs. This week’s hub offers something for everyone; even if you’re feeling the pinch of a money glitch during this recession; there are hubs that can inform you how to have a Happy Halloween! 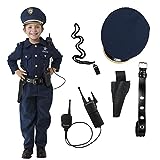