Why Easter is Important

Thinking back to when I was growing up in the 1980s, there has been a noticeable shift in the culture. I remember stores closing down between noon and 3 PM on Good Friday so people could go to church. I am not arguing that we should go back to that, just simply making an observation. With each passing year, Easter seems to become more and more about bunnies, baby chicks, and colored eggs. I have nothing against bunnies, especially chocolate ones, but my question is how many of us ever take the time around Easter to think about what the happened on the first Easter and why it is such an important holiday.

Watergate and the Resurrection

“But he was pierced for our transgressions, he was crushed for our iniquities; the punishment that brought us peace was on him, and by his wounds we are healed.” Isaiah 53:5

The first thing that we learn when we examine Easter is that it is important because it was the fulfillment of very specific prophecies that were prophesized hundreds of years before. These prophecies were part of God’s plan of redemption that he began to reveal after the fall of mankind in the Garden of Eden, which had left us eternally separated from God. Let us take a look at some of the prophecies and how they were fulfilled.

“He [Jesus] did not enter by means of the blood of goats and calves; but he entered the Most Holy Place once for all by his own blood having obtained eternal redemption.” Hebrews 9:12

The second thing that we learn about the importance of Easter is about a perfect sacrifice for our sins. In the book of Hebrews, the Bible says that there can be no forgiveness of sins without the shedding of blood. In the Old Testament, God set up a sacrificial system where animals without blemishes were sacrificed for Israel’s sins. These sacrifices did not actually cancel out anyone’s sin, but were symbolic of the coming messiah. Jesus, the God-man, was born of a virgin and lived a perfect life of obedience to God the Father. He was without sin. The reason the virgin birth is important is that the sin nature is passed down through the seed of a man. Jesus became a perfect sacrifice when he laid down his life for you and me. The veil in the temple was torn in two as a sign of God’s acceptance.

“But God shows his love for us in that while we were yet sinners, Christ died for us.” Romans 5:8

The third thing that we learn about the importance of Easter is that God loved us enough to die for us. He would have been justified wiping all of us out because of the greatness of our sin. Some may be shocked by this. One sin is enough to condemn us to hell. The New Testament tells us that if we keep the whole law and yet stumble at one point, we are guilty of breaking all of the commandments. It is so easy to take our eyes of God’s standard of perfection and begin to look around at those around us to see how we measure up. We are lost without Jesus that is why he came to earth, to die. Think about it, the Creator of the universe, dying for his creation. That is what love is! 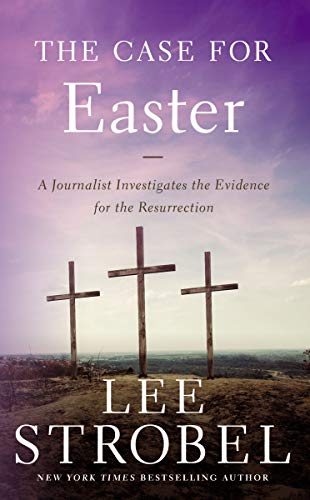 The Case for Easter: A Journalist Investigates the Evidence for the Resurrection (Case for ... Series)
Buy Now

Because the Tomb was Empty

“I am the Living One; I was dead, and behold I am alive for ever and ever! And I hold the keys to death and Hades.” Revelation 1:18

The fourth thing that we learn about why Easter is important is that death was defeated by the resurrection of Jesus. Physical and spiritual death entered the world when Adam and Eve sinned. Jesus now holds the keys to death and Hades, both of which will be cast into the lake of fire at the last judgment. His resurrection opened the door for us to be able to have peace with God because he paid the penalty of our sin.

“Salvation is found in no one else, for there is no other name under heaven given to mankind by which we must be saved.” Acts 4:12

The final thing that we learn by examining the importance of Easter is that salvation is offered to all. Your sins and my sins were put upon Jesus as he was being crucified. God then poured out his wrath on Jesus as a punishment for our sin. God the Father turned his head away from his only Son because of the sin. Jesus’ resurrection showed the acceptance of his sacrifice. Now God offers salvation to any who will repent of their sins and put their trust in Christ as Lord and Savior. The choice is ours. No one can make that choice for us.

Why Easter is Important to Me

Easter is important to me because I am a wicked and wretched sinner who deserves to spend an eternity in hell separated from God. If I were to stand before Him in judgment based on my own merits, I would be thrown into hell. Thanks be to God for sending Jesus to die in the place of sinners. I am forgiven and free because Jesus’ righteousness has been imputed upon me because I have repented of my sins and asked him to be my Lord and Savior, not because I am good or deserving. My salvation is based upon His goodness, not mine. Jesus makes the same offer to save you. Repent of your sins and accept Jesus Christ as your Lord and Savior and you will be saved, otherwise, you remain in your sins.

Why Easter is Important to You

If you are interested in receiving Christ, pray a prayer like this and mean it with all of your heart:

I confess that I am a sinner. Please forgive me for all of my sins. I confess that I cannot save myself. Please come into my life and be my Lord and Savior. I surrender my life to you. I pray this in the powerful name of Jesus, amen.

If you have any questions, feel free to contact me. For more information, please visit my hub on How to get to Heaven.

Which gospel writer has your favorite account of the Easter Story?