Wyoming: A proud state of independence

Wyoming is the equality state. Of all the states in the nation, it was the first to give women the rigth to vote. But that's not all that makes Wyoming special. Wyoming is a spacious state, with mile upon mile of uninhabited land. It also has the smallest population in the nation. With just over 500,000 residents, the population of Wyoming is smaller than most urban cities. It's certainly smaller than Loveland, Colorado, where I moved from years ago.

Spread over more than 97,000 square miles, that means there five square miles for every person who lives here. That can be good and bad. It's roomy, but there isn't a whole lot of shopping. Some who live here proudly say that Wyoming is the largest small town in America. The interstate represents for many of us the Main Street through town!

The equality state is also called the Cowboy State, and there is a lot of Cowboy Pride coursing through the veins of the people who live here. Not only do we support the University of Wyoming, but people who live here are proud to be called cowboys.

The oil and natural gas industry, along with coal and now wind energy make up the crux of industry in the state. Relying on natural resources for the state's income has put the state in a precarious postition more than one time. But now, Wyoming may have a new industry: Burbon. 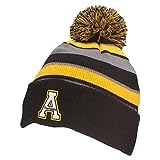 Wyoming Whiskey gets a start

In the tiny town of Kirby, Wyoming (population about 57) a burbon distillery has been created, and the first batch of Wyoming Whiskey will soon be enjoyed by connoisseurs everywhere. Well, not quite every where. Every where in Wyoming, perhaps.

When the whiskey went on sale to liquor distributors across the state on Wednesday, November 28, 2012, the Wyoming Department of Revenue's E-liquor web site crashed within about four minutes of offering the whiskey. Demand was so great that it sold out, leaving many retailers high and dry. Some liquor stores in the state even had a waiting list, for customers who wanted to purchase the burbon on December 1.

The road to Wyoming-made Whiskey began years ago. First, with Irish and Scottish immigrants in Kentucky, who wanted to add value to their crops and preserve their corn. Burbon is an American tradition, with it's birthplace in Kentucky. Now, Wyoming will get a chance to give birth to a new brand of burbon.

All burbon's are whiskey, but not all whiskey's are burbon. By federal law, whiskey must contain certain ingredients to be labeled bourbon. Bourbon must contain at least 51 percent corn. It must be distilled, barreled and bottled at specific proofs and it must be aged at least two years in new charred-oak barrels. Straight Bourbon cannot contain added colors, flavors or additional spirits. Those are the basic rules of bourbon making. The rest of the process, the selecting and combining of ingredients, the distilling and the aging compromise the art of bourbon.

The art of bourbon making is where Master Distiller Steve Nally excells. Nally retired from bourbon making in Kentucky years ago.He worked to develop the iconic flavor of Maker's Mark, leaving his own mark in the bourbon world, and he is a member of the Bourbon Hall of Fame, in Kentucky. How could someone enjoying retirement in a beautiful state like Kentucky be persuaded to come out of retirement to try his hand at making bourbon in one of the least favorable climates in the nation?

That's not to dis Wyoming. I love it here. But lets face facts. The wind blows hard and the winters can be long. I mean really long. Winter can last for nine months, only to be interrupted by a brief and glorious, albeit short summer. Then winter begins its hold on the state again.

But I digress. Master Distiller Steve Nally, along with his wife Donna had to be convinced to come west. And while Steve is a master distiller, Donna is no slacker. She worked as the director of tourism and public relations for Maker's Mark. She also helped develop the Kentucky Bourbon Trail.

Now both Nally's work at Wyoming Whiskey, creating a Cowboy legend. Founders of Wyoming Whiskey agreed to give Steve complete control over how the whiskey would be made (with Wyoming water, Wyoming grains, and Wyoming pride!) and what the final product would taste like.Steve plans for the bourbon to be a high-end drink for bourbon enthusiasts, while Donna is hoping to create in Wyoming Whiskey a major tourist attraction.

There is a lot of excitement for Wyoming Whiskey, not only in Wyoming, but among bourbon enthusiasts everywhere. Hopefully, the much anticipated bourbon will be even better than expected. 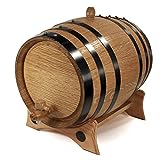 On Saturday, December 1, Wyoming Whiskey hosted an inauguration party for the release of the first batch of Wyoming Whiskey. I RSVP'd a month in advance, wanting to ensure my spot in Wyoming history. Well, that may be a little exaggerated, but I didn't want to miss the party in Kirby.

Taking the population of Wyoming into account, I figured on maybe 300-500 people in attendance. I hadn't counted on the large number of whiskey enthusiasts who would drive across the state. Nor did I consider the considerable number of friends, family members and politicians that would be there to celebrate with Brad and Kate Mead, co-founders of Wyoming Whiskey. Brother Matt Mead is the popular governor of Wyoming, and he was there, but the spotlight really shone for the whiskey.

Standing shoulder to shoulder with people inside a huge tent, I wasn't sure which line to get into first. One line was for whiskey. Everyone got a free sample, and follow-up drinks were only $2. That line was moving pretty quickly. The delicious aroma of barbeque filled the air, and I considered getting into that line.The food line went in four different directions, each one longer than the next. Looking outside, I could see the line for the gift shop, the former home of Brad and Kate Mead. No way was I going to wait in that line, it was by far the longest. However, smiling people were coming out the back door of the gift shop, loaded with cases of Whiskey and Wyoming Whiskey memorabilia. For a few moments, I stood in one place, just looking around, unsure of exactly where to go.

My husband, Charlie, pointed to a tall cowboy, dressed in authentic cowboy attire and commented that he could see above the large crowd. Dissmissively, I responded that the cowboy was obviously standing on a chair. Well, we headed for that cowboy, Charlie to prove me wrong, and me to prove myself right. I was pretty humbled to see that cowboy standing on nothing but his boots and dirt. He was TALL! The tallest cowboy I've ever seen. And he was near the head of the drink line, so we decided to try the bourbon while waiting in the food line.

I will admit to not being a bourbon drinker. I drink wine. Sometimes rum. Sometimes vodka, but mostly wine. I did know enough, however, to order my whiskey "neat". I think I may have heard it in a movie, but I assumed it meant nothing added. Correct! A neat shot of bourbon in a plastic cup.

The first taste, and my first impression was how smooth it was, and how it warmed up my throat all the way down. It had a rich, warm, velvety texture. I'm not sure how the whiskey magazine guy rated it, or how he described the flavor, but I saw some days later that it scored 95. I think that's probably good. It tasted pretty good to me, a novice.

After getting drinks, we hopped onto the shortest food line, and had a pleasant conversation with the people ahead of us. One thing I like about Wyoming is that people here have never met a stranger. They are friendly to everyone. The tables were packed in the tent, but outside there were tables with some empty seats. We sat at a table with some old ranchers. They were pleasant, and I think because of the whiskey, pretty talkative. A lot of ranchers I've met have been pretty quiet, but these old guys were funny. The food was great, the conversation lively, and soon we decided to head to the distillery for a tour.

I am the news director for a local radio station, and had hoped to interview one of the founders, or the CEO, Dave DeFazio. I had seen Dave in the tent, but he was pretty busy. I didn't want to bother him on his big day. As we headed around the back-side of the tent, who should we see, but the illustrious Steve Nally himself! He was being interviewed by one of the few television stations in the state, so I waited quietly. Then the whiskey magazine guy interviewed him. I learned enough listening to their intelligent questions that I didn't want to waste his time with my naivete. I did, however, get a picture, for posterity. And for Facebook.

We headed over for the tour, checked out the distillery, which is in full production. At it's inception, Wyoming Whiskey produced about 30 barrels daily. That number has increased dramatically, but they are not quite meeting demand this year. By the time we got to the gift shop, the line was still long, but there was a limit to the amount of whiskey you could buy. Two bottles. Cash only. Fortunately we had enough cash on hand to get our two bottles. We waited in line for a couple of hours, and again talked to some fascinating people. Actually, one girl was just plain weird. She had to use the bathroom, and rather than use the portable toilets that were 50 yards to the right, she squatted in full view behind a car that was about 10 fee away from where we were waiting in line. Only in Wyoming. Or New York City, maybe. But the other people were pretty interesting. One guy from Jackson was an independent film maker who spent several months following wild cougars for a National Geographic program, "American Cougar". And no, it wasn't about the woman squatting behind the car. She was a Wyoming cougar. Actually, I think she was too young to even be a cougar. Just weird.

Wyoming Whiskey provided transportation between the hotels in Thermopolis and the distillery in Kirby. On the ride over in the morning, the bus was filled with capacity. By the time we had our fill of whiskey and crowds, about two in the afternoon, we were the only two on the bus. The driver, Tommy Sanford, was a great character who entertained us with stories all the way back to the hotel. Then we dragged ourselves to the hot springs, and just soaked up the hot water and quiet.

Wyoming whiskey has gone off with a bang. Most retailers were sold out within the first day, and they have a little more that will be ready in the spring. It was a great trip, and it is a great product.

Me and Charlie and Wyoming Whiskey