Having trouble to come up with stocking stuffer ideas for the guys in your life? Take a deep breath. Cool but cheap stocking stuffers for men do exist, and I've got them here.

Here's a list of stocking stuffer ideas that come straight from actual real live men! Men who know what they want to find in a well-filled stocking on Christmas morning. After all, no one knows what guys like better than, well, men themselves.

Price? In my world, the cheaper you can fill a stocking the better - as long as you can still maintain the cool factor. Stocking stuffers should be mostly under $5, maybe up into in the $10-$15 range but no more, so that's what you'll find right here. Cheap-but-cool goodies for a guy's Christmas stocking that will make you look even more awesome than you already are.

GoPong Can Grip Retail 4 Pack, 12-Ounce
I believe you'll agree the coolness of this stocking stuffer is self-evident. Look how it's even shaped like a traditional stein handle, with the flat bit on the top to rest your thumb whilst quaffing and swilling. Bonus, warm hands won't be wrapped around the can, warming up the chilled beverage.
Buy Now

I have a theory.

In most families, it's the reigning female who must come up with Christmas stocking stuffer ideas for everyone, including stocking stuffers for the men and boys in the home. So, men's stockings end up filled with deodorant (really?) and new socks (yawn) and maybe a few cheap pointless gadgets that he won't ever use - whatever the hardware store checkout displays are pushing this holiday season - and perhaps a festive pair of gag boxer shorts.

Most women just don't get what men find cool.

And not all men are created equal, don't forget. One guy loves nothing better than to gear up in camo and stomp through the woods after Bambi, while his brother is more interested in hunting down the perfect TV channel on which to watch his team strike out while he chows down on nachos. One is a handyman; one is all thumbs. One is a sci-fi buff, while another asks "Dr. Who?" and kicks up the fine-print Tolstoy on his Kindle...

Flingshot Slingshot Flying Screaming Monkey
Honestly, you can't go wrong with some sort of toy that lets him take potshots at the office door, the Zamboni driver, or whatever else he feels like (harmlessly) venting his frustrations on. What boy of any age doesn't secretly yearn for a slingshot, all Huck Finn at heart? Only this one, super-cool bonus, is a flying monkey in a mysterious mask. Evil mastermind villain, or mysterious caped crusader to slingshot over to the rescue? Hours of fun, either way.
Buy Now

Frustration salvation! There's all that space on the car dashboard, but he can't really use it for stashing anything... unless he's got a Dash Grip mat to let the loose objects stay put. 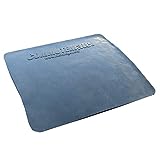 Heininger 1065 CommuteMate DashGrip
No magnets to mess with his tech~ Best yet, from the guy perspective, no commitment. Removable and reusable, he can move the mat from one vehicle to another without leaving sticky goop on the dash, great for guys who draw a random drive from the company fleet each day or spend a lot of quality time in rental cars.
Buy Now

Transformer USB Flash Memory Drive 8GB
It's a toy... It's a USB digital storage device... No, wait, it's a Transformer! And so ends the tyranny of long boring days in the cube.
Buy Now

If you pay close attention, you'll know what stupid (er, classic) movie he loves to watch every year when the holidays roll round. If your guy is anything like the men in my life, Chevy Chase or Bill Murray may be in there somewhere, probably wearing a Santa suit... and this is why the rest of us drink eggnog...

Things That Light Up - Super cheap, worth a giggle, potentially even useful 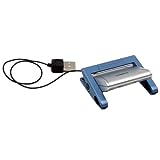 Dorcy 41-1425 5MM LED Laptop Light with USB Retractable Adaptor
I have this light, myself, and it is a handy little thing to have on hand in a power outage - as long as my laptop battery holds out, I can keep working (or, bopping to Gangnam Style videos, or posting cute cat pictures, or whatever) because there's plenty of light to see what I'm doing on the keyboard and where I put down my coffee mug.
Buy Now

How do we get such awesome ideas for guy-type Christmas stocking stuffers?

Study the man in your life. Learn his interests.

Watch what he does (when he's on his own time, that is, not working through your Honey Do list) and take note of what makes him grin. What shows does he watch? What books does he read? What topics does he get excited about, when he's talking with his friends?

How would your guy finish a sentence that starts, "If I had the time, I'd like to..." - fill in the blank.

Pay close attention to all these clues to figure out what goodies he wants to find in his stocking on Christmas morning.

Or, you can do what I did to put together this most awesome list of truly cool cheap stocking stuffers for men. I asked some of my guy pals to make a wish list. Yep, I came right out and asked 'em what they want!

A wide range of guys from an uber geek to a serious sports freak, from an eco-friendly young Dad to a newly retired management consultant, and from a vegan chef to a pro gamer (yeah, my cousin tests video games for a living, lucky sod!) were bribed with cookies to give up their most-wanted stocking stuffers... and then I threw out any idea that was too expensive.

Because, you know, it's the (cheap) thought that counts.