You'll smile on April 15th when you celebrate this weird and wacky national holiday called National Eraser Day. Office supply geeks, eraser collectors, artists, writers, librarians, school children, and rubber eraser lovers band together every April 15th to praise this simple product that has done so much for so many.

The birth of the eraser

It's hard not to love the eraser. Since the day Nicolas Conte made the first pencil back in 1795, pencil pushers have owed a debt to the inventor of the rubber eraser. It was a stroke of luck back when Edward Naime, an English engineer, mistook a cube of rubber for the commonly used piece of bread to get rid of unwanted pencil markings and discovered a new property of rubber. Since that day erasers have been the bookkeeper's best friend and the writer's handmaiden.

Erasers are popular the world over

Few people are so perfect that they never have any use for an eraser. They're a handy, simple tool that still earn their keep even in this highly technological world. Read to learn more about the eraser, its holiday, and its celebration. From Japanese erasers to decorative art prints, posters, and cartoons the humble eraser is praised and sought after the world over--and wait until you see the collections.

Go ahead and click on the photos if you find an eraser you just gotta have and have a great National Rubber Eraser Day!

Everyone seems to have a preference when it comes to correcting mistakes on paper. What's yours?

What is your favorite way to erase?

Fun Express Large Smile Face Erasers (4 Dozen)
Imagine starting our day at your desk or in school with these fun faces staring at you and ready to go to work. They make National Eraser Day all the more special.
Buy Now

The origin of National Rubber Eraser Day is shrouded in mystery. Yet it's only natural that an invention so popular and so necessary would be celebrated. There are some records that show the celebration day on the 13th but most declare April 15th to be the day. In America it's only natural to celebrate on the 15th, after all, it's IRS Tax Day. Rubber erasers are popular items leading up to April 15th.

When the rubber eraser replaced bread

The history of the eraser goes all the way back to 1770 when a fellow named Edward Nairne stumbled across the erasing properties of a rubbery property made from tree sap. Imagine his surprise when he found that he could make a pencil mark disappear? It didn't take him long to recognize its value. Soon small, cubed rubbery erasers were being made available and the little dynamos were quickly embraced by shopkeepers, record keepers, and anyone known to make a mistake when using a pencil. It was a much better solution that having to use the bread the way they'd been doing it prior to 1770.

You might think this eraser would have been known by the inventor's name such as the Naime eraser instead of the rubber eraser. Instead, the name rubber came about because of the rubbing action required in order to make the erasures possible.

There was a problem, though, with those first erasers that plagued the users for decades. The erasers had a tendency to rot. They didn't stay all nice and clean like the ones we use today. Rubber rots. It wasn't until 1839 when a curing process was developed by Goodyear that the rotting eraser vanished from use and was replaced by cured rubber. Today erasers are still cured even though they are made of synthetic rubber.

The collaboration between pencils and erasers

If you're wondering when erasers started to show up on the top of pencils, that little bit of invention came about in 1858.

If you celebrated Pencil Day on March 30th, then it's only right and just to celebrate the national celebration day of the rubber eraser on April 15th. Stationary lovers and eraser collectors unite. Gather together to celebrate this small step for mankind.

Vote for your favorite type of eraser

Let me count the ways

Faber Castell Faber-Castell Perfection Eraser Pencil with Brush
I'm a fan of any Faber-Castell product and this one ranks right up there.
Buy Now 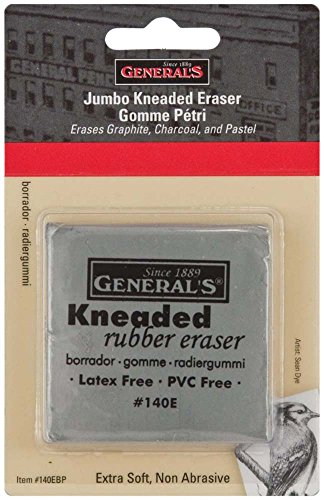 General Pencil Jumbo Grey Kneaded Eraser Multicolor
Ah, the gentle eraser. I've bought quite a few of these over the years. Big help with drawing and sketching.
Buy Now 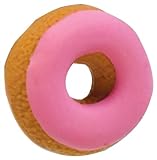 Raymond Geddes Donut Shoppe Scented Food Erasers (Pack of 36)
Well, you won't gain any calories if you have this donut waiting for you in the morning. Fun gift, too.
Buy Now 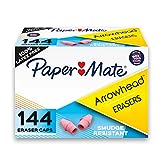 Paper Mate 73015 Arrowhead Pink Pearl Cap Erasers, 144 Count
Boy, did I go through these when I was much younger. They're handy to have around, too. You never know when you might want to get your hands on one.
Buy Now 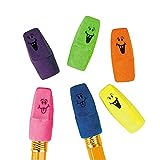 Fun Express Funny FACE NEON Pencil TOP ERASERS - Stationery - 144 Pieces
These are fun and if you have them on your pencils at the office, they'll keep you smiling and humble.
Buy Now

Fun Express Large Smile Face Erasers (4 Dozen)
Another fun type of eraser and great office gift for your fellow workers. Sort of a random act of kindness thing to put one on their desk without anyone seeing you. Then you get to watch the reactions.
Buy Now

Geddes Rock On Eraser Assortment - Set of 24
Very cool eraser and great for teens and the musically incliined.
Buy Now

Collectors the world over celebrate. 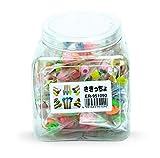 Iwako Japanese Pencil Top Erasers, 18 Piece
These are so cute and so fun. Great gift idea, too.
Buy Now

Iwako Japanese Puzzle Take Apart Erasers Zoo Animals Set of 7
These are so cute, adorable, and you can play with them. I guess that ranks them among the top when it comes to erasers.
Buy Now

Iwako Japanese Eraser - Sea Life (38339)
I love that these come themed. If you're a collector, you'll like them, too. If you just want a bit of the sea nearby, get these for your desk.
Buy Now 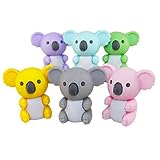 Japanese Iwako Eraser Set - Koala Bear (six colors)
I ask you, who doesn't love koala bears? Imagine these sitting on your desk. They'll raise your spirits every time you look at them.
Buy Now