Who's afraid of no Ghosts..?

To be honest, I'm not into scary experiences at all. While visiting a friend in San Diego, I joined the Halloween celebrations in the gaslamp quarter, but I had no desire to visit the Whaley House in Old San Diego (one of the most haunted houses in the U.S.), except for taking some photos from the outside.

And during a short trip across the border, it was a little strange to watch the Mexicans prepare for "El Dia de los Muertos" (Day of the Dead), celebrated the day after Halloween, just like the german equivalent (which I was familiar with), but with a lot more fun, music and colors... skeletons dressed up in all kinds of costumes, people celebrating on the gravesites and setting up altars for their deceased ones (scroll down to watch some videos).

On the other hand, this is not necessarily a bad approach ;-) and I was inspired to create this greeting card for "Dia de los Muertos" (on the right) which, to my surprise, people actually seem to like:

But like I said, I'm not very eager to have any encounters of the scary kind. Nevertheless, I had an encounter of the (let's say at least) strange kind, when I was living on Maui/Hawaii: It was the hour before sunrise, when night is said to be darkest. I woke up from the sound of a voice, hard to say if male or female, which was chanting in Hawaiian. No instruments, no rhythm, just this voice. And it went on and on for what seemed like hours to me. I was lying in bed, listening without moving... just my mind was pondering, while every single hair on my body was rising! There were other houses in the neighborhood, but not that close by. And who would chant at that time of night without taking a break... or what radio station would broadcast something like that nonstop..? I didn't find out, as nobody seemed to have heard it. However, some months later, I learned about the myth of the so called "Nightmarchers", the restless spirits of Hawaiian warriors, wandering through the night, accompanied by drumming or chanting. Who knows what I heard that night... guess I never will...

By the way, Halloween on Maui used to be a lot of fun, especially on Front Street in Lahaina (however, those activities are somewhat limited for security reasons now). And one thing that always brought a smile to my face whenever I drove by, was the little shed on the shore near Ho'okipa Beach that was painted like a jack-o'-lantern. Just perfect for my Halloween card Hawaiian style (on the left)!

...and other GCU artists:

How about some scary books to read? - Check out these about haunted places! 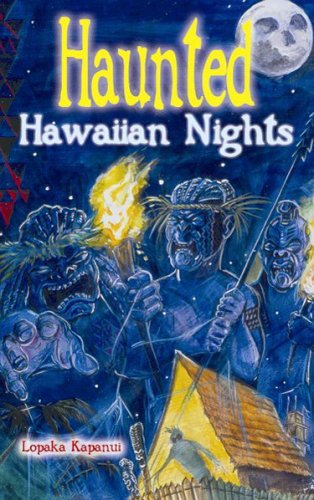 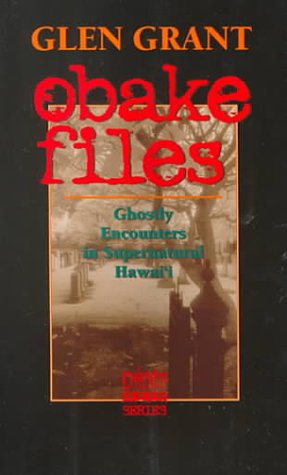 Some Videos you might want to watch: - How the "Day of the Dead" is celebrated in Mexico...

...setting up altars for their deceased ones, providing food (or even booze) to attract them, as "El Dia de los Muertos" is the day when the dead are supposed to come for a visit.

And also check out True Ghost Tales to see pictures of ghosts and to read ghost stories.

Ghosts for your Halloween Decorations 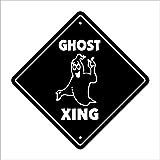 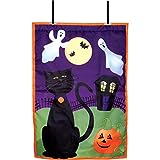 (by my fellow GCU artists)

We Only Thought We Wanted a SÃ©ance Denise Beverly

Ghosts and Goblins and Witches, Oh My! Richard Skelley

This lens was blessed by an Angel