I always try to look out for lesser known, interesting, or quirky attractions in any area I visit. It's different, and it avoids the crowds.

Once upon a time in a pub in Wales called The Neuadd Arms, a conversation took place. They were, they said, trying to think of ways to raise money for charity.

The end result of that conversation was the birth of the sport of bog snorkelling. I have no idea what the people involved were drinking at the time but it must have been strong stuff, and plenty of it.

That was in 1976. Now we have a fully fledged international competition held each August Bank Holiday, also known as the Summer Bank Holiday, in Llanwrtyd Wells. No, I can't tell you how that's pronounced but it is Wales' smallest town.

Since that it has become very, very popular and some people do in fact take it very seriously. There are something over 150 people taking part each year and they come from all over the world.

August Bank Holiday, for those interested in attending, falls on the last Monday of August. 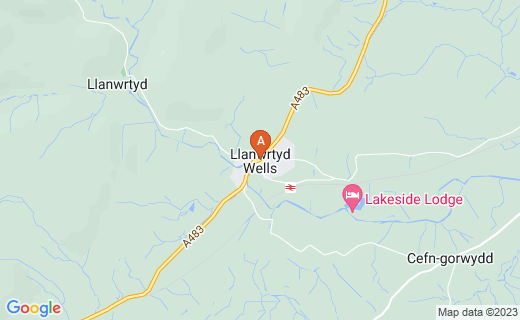 It All Happens Here

The course is a 180ft (55m) trench cut into a bog, a real test of skill for anyone used to snorkelling in clear and clean water. Each competitor must finish two lengths.

Everyone must use a snorkel, mask and fins. You must keep your face under water as much as possible and just get from the start to the other end, touch the end, turn around and get back as fast as possible.

It isn't just that the water isn't clear, it's also full of reeds, just another obstacle along the way.

No recognisable swimming strokes are to be used but flippers are essential. Apparently, amazingly, record times are being set regularly. I say amazingly, but it may not be amazing at all. Nobody of sound mind would want to linger in that trench.

You need stamina to complete the course and speed of course, courage to get into that murky and usually very cold water, and a very good sense of humour. It's tough but fun.

You get a trophy if you win, very aptly a green frog trophy.

There are a number of other events based on the original idea. One involves riding a specially adapted mountain bike through the trench: mountain bike bog snorkelling. Another is a triathlon incorporating a run as well as the swim and the ride.

The main event is sponsored by a drinks company and all proceeds go to a charity that has some local significance. In 2006 it was the Motor Neuron Association to honour the event treasurer who had died the previous year.

Mountain bike snorkelling does involve a snorkel - it isn't only the bike under water because the trench is dug out to make sure they are submerged. The bikes are specially adapted by filling the frame with lead shot, the tires are filled with water, and just to make sure, weights are added to a frame bag. The rider also has weights, in a belt. The idea is that the rider's eyes are level with or under the water.

The triathlon can be entered by individuals or relay teams of three members - one discipline each. There is even a shortened version for youngsters.

The world is mud-luscious and puddle-wonderful.

Wet suits are recommended but many people prefer to wear fancy dress.

The spectators overwhelmed with excitement.

Dressed, Almost, for the Office

A Long Way to Go

Are you planning to enter next year? Will this be the next Olympic event?