If you enjoy Mardi Gras, but don't want to brave the hustle and bustle of New Orleans, then Carnival on the North Shore is the place for you and your family. There are plenty of parades, costumes and throws and the pace is much slower and more family friendly than the Big Easy. Mardi Gras on the North Shore reminds one of times gone by, when several generations of a family could dress in costumes, bring a meal and enjoy the festivities. We hope you enjoy this virtual trip to Mardi Gras in St. Tammany Parish.

Mardi Gras is a State of Mind

Mardi Gras is Enjoyed by Young and Old

Although my husband was born in New Orleans, he has lived most of his adult life in Baton Rouge and Covington, but the fun of Mardi Gras runs through his veins. He has been attending carnival parades since he was a little boy. In fact, sometimes three generations of his family would go to the Mardi Gras. For the last 30 years or so, Mardi Gras Fever has been spreading north from New Orleans. Many towns on the North Shore of Lake Pontchartrain have been organizing parades and Krewes for years.

Go to the Mardi Gras by Professor Longhair

Turn on your speakers and click on the video to hear, "Go to the Mardi Gras". It will help you get in the spirit while you read the page.

Parades on the North Shore are much quieter and more family oriented. It's like it was in the old days where families stake out their spot on the parade route and bring their tail-gating feasts and specially constructed Mardi Gras ladders for the kids.

We park the van along the route the day before the Covington Lion's Club parade and have it stocked with supplies and Mardi Gras music. We usually mask, too. Now that we are more mature, this easy, more sedate form of Mardi Gras is just right. We enjoy the day, catch and throw many beads and trinkets and are home by 3:00 p.m. with plenty of loot to share with family and friends or put in the attic for next year.

Which would you rather attend?

St. Tammany Parish, on Lake Pontchartrain's North Shore has quite a few colorful and entertaining parades. All are family oriented so you should not run into the "girls gone wild" behavior that is rampant on the South Shore in New Orleans.

There are several pages that list Mardi Gras Parade Schedules for both New Orleans and St. Tammany Parish. Here are a couple:

Another great Mardi Gras song that will make you want to dance.

One of the first events that we attended when we moved to Covington was Mardi Gras. Compared to New Orleans, the parade on Mardi Gras Day is a small affair, but it is enjoyed by young and old alike. You won't see the same debauchery that is rampant in the French Quarter, but as we age, the need for that kind of baudy fun decreases. We'd like to show you what Mardi Gras is like on the northshore. So sit back and enjoy a virtual trip (with pointers) to Mardi Gras in Covington, Louisiana on the North Shore of Lake Pontchartrain.

Planning is the key to enjoying Mardi Gras. First you need to stake out a good spot, or know someone who does. Each year we park the van in our hand picked spot on the parade route, the day before the parade.

We stock it with all the necessities, including decorations, music, beads to throw to the kids before the parade, folding chairs, food, drink and a porta potty. We usually sit on top of the van, so that we will be on eye level with most of the floats and trucks. With the decorations and the eye contact, most krewe members throw us plenty.

Celebrating on the North Shore

On lean years or when the parade is making a second pass, Al pulls out the secret weapon and we usually get pounded with beads. We had to modify it to stay current after the Janet Jackson Super Bowl costume malfunction.

Doggy Friends can Mask, too

Covington and Mandeville both have Mardi Gras parades for Dogs. There are floats and a King and Queen, complete with costumes and throws.

Rio, our dog, would look great as Darth Vader. The little fat cocker spaniel could be Yoda.

Iko Iko by the Dixie Cups

Ico Ico by the Dixie Cups

Themes of the parade vary according to what has happened during the year. These photos were taken in 2006 after Hurricane Katrina pounded Louisiana and Mississippi.

The theme of the day among revelers and parade participants was FEMA post Katrina survival.

Families dressed in the blue tarps which were still seen on many roof tops throughout Southern Louisiana.

Tales of FEMA woes and the infamous hazardous trailers were everywhere. The x marks places on damaged homes were displayed as well.

Some floats celebrated the good old days of the sixties. The people of Louisiana are resilient and usually try to make the best of a situation.

Mardi Gras 2007 was a little more light-hearted than the previous year. I knighted Sir Al as my Champion and the parades rolled with much gaiety and laughter. We danced the Electric Slide and had a great time.

Forum Knight Of The Round Table Costume, Silver/Black, Standard

Add a crown and you can be a king.

Add a crown and you are a queen.

The Electric Slide is one of our favorite dances. It's fun to do it between parades and very often others will join in and have fun dancing in the street.

Many families mask and some of the costumes are really creative. Mardi Gras is enjoyed by the old and the young and every age in between.

You're Only as Young as You Feel!

Purple, Green and Gold Cat in the Hat

I want to be like them when I grow up! Hey ladies, where did you get those shirts?

Cat in the Hat Accesories

Dress as the Cat in the Hat or be like Al and do it in purple, green and gold. 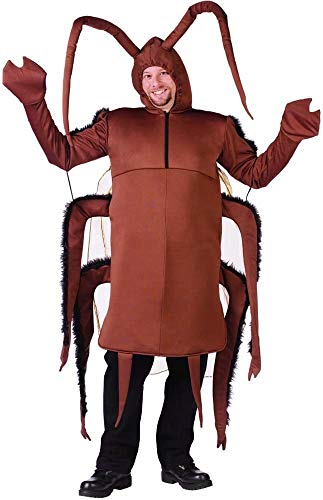 Here's a creepy costume like the mother and daughter that we saw at the parade.

Abita Springs is one of the smaller communities in St. Tammany Parish. This town is known for its pure spring waters and is where delicious Abita Beer is brewed. It also organizes a very unique and entertaining Mardi Gras Lawn Mower Parade... at Mardi Gras, almost anything goes. We entered one year and won a prize for our Krewe of Sheets "float".

The Queen of Sheets accepts the prize for the float with the most creative theme.

In 2008, the Covington Parade on Mardi Gras day was back in full force. The day was beautiful and people were hopeful and relaxed. Families lined the parade route and set up specially designed Mardi Gras ladders with seats so that their children could sit up high to see the parade.

We took many photos of the parade. Here are some of the best shots. It's almost as good as being there, except, you can't catch the beads. Enjoy!

Some Krewe members need an incentive to throw accurately, hence the target. The men on the floats are particularly fond of this so you can catch more beads when wearing it.

Leave us a trinket.