Queen Float With Shirley Jones - Way Back When

Mardi Gras in New Orleans, Louisiana is filled with lots of free fun. The parades start rolling in the Big Easy, as well as on the North Shore of Lake Pontchartrain two or three weeks before the big day. Fat Tuesday is steeped in tradition with its King Cakes, Krewes, Grand Balls, Parades, Costumes, Throws (Doubloons, beads and other trinkets) and fabulous Music. This article celebrates the tradition, with all of its revelry and fun. Come join us to see the sights and hear the sounds of Mardi Gras in Louisiana.

Mardi Gras, the Biggest Free Show in the World.

Play the video to listen to Carnival Time to give you some Mardi Gras spirit.

Mardi Gras or Shrove Tuesday is a Roman Catholic celebration which begins on January 6th (Twelfth Night) and continues until midnight of Fat Tuesday. It is a period of revelry before the Christian time of fasting and prayer called, Lent. The date depends on when Easter is, but it is always on a Tuesday and falls between February 3rd and March 9th, 46 days before Easter.

At midnight on Fat Tuesday, all the revelers are moved out of the French Quarter and the solemn Ash Wednesday begins. Catholics all over the world go to mass to receive their "ashes" in the sign of a cross on their foreheads. The ashes are the burned, blessed palms from Palm Sunday.

The date for the celebration changes every year. Here is a schedule for the next few years.

What do you think of Mardi Gras in New Orleans?

French colonists introduced Mardi Gras to the new world in 1766. The custom became popular among New Orleans Catholics and soon spread to other southern states. Today it is a legal holiday in many southern states, including Louisiana. The celebration in New Orleans is the most popular, but Mobile, Alabama claims to be the first to parade in the United States.

The New Orleans celebration includes parties, parades, balls, and many other festivities. Social clubs called, Krewes, pay for and organize the parades and other activities. The most famous Krewes include: Comus, the oldest, which was founded in 1857, but no longer parades and Rex, the king of Carnival, which was founded in 1872. Rex selected the official colors of Mardi Gras (purple, gold and green) in 1872. Then in 1892, Rex assisgned a meaning to each. Purple represents justice, green stands for faith and gold signifies power.

Rex, the king of Mardi Gras parades down Canal Street at 12 noon on Tuesday, Fat Tuesday. He stops at the viewing stand to toast his queen. King Rex is the only one of the Krewe of Rex, whose identity is known. All the knights and other male members wear masks and their identity is a secret.

The Rex ball, which is held on Shrove Tuesday night, is a grand affair that dates back to the early days of the festival. The invitations are prized possessions to many New Orleanians and the vintage ones from the Victorian era are true works of art.

Enjoy the music as you peruse the lens.

Mardi Gras can be fun for children if parents choose the right parades. The French Quarter is not the place for children on Carnival weekend or day. Parades in Jefferson Parish and on the North Shore in St. Tammany Parish are usually more family oriented.

There are many well illustrated books about Carnival that children can enjoy. Other activities like King Cake parties and children's Mardi Gras parades can be planned.

Children love Gaston the Green Nosed Alligator and in this book, Gaston tells all about the traditions of a New Orleans Carnival. James Rice wrote many other Gaston books about various aspects of life in Louisiana.

Customs and Tradition of the Celebration

This ancient celebration is steeped with traditions and customs. Some of these include: the King Cake, Throws (like Doubloons and Beads), Krewes, Balls, Costumes and Masking, Parades and Floats and special Music. Mardi Gras is a time of celebration and fun for Catholics and others before the serious and solemn Lenten season begins. Some of the night life in the French Quarter can get a little bawdy, but most of the parades and other celebrations are meant for the entire family to enjoy.

Many of the photos seen here can be purchased in LALagniappe's Zazzle Shop as print-on-demand products such as posters, cards, apparel, mugs, etc.

Mardi Gras, Music and New Orleans, You Can't Get Any Better Than That!

Go to the Mardi Gras by Professor Longhair 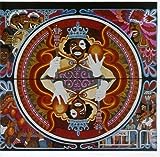 The classic Mardi Gras album. A must have for all those who love the Music.

Music is our favorite part of the celebration and besides being a home grown New Orleanian, my husband is a music collector and enthusiast. He has personally selected his favorite Carnival music and has given a little of the history of each song. Here is his list of the Best music of New Orleans.

Carnival Time by Al Johnson (1960) - Recorded by a local New Orleans artist is, in our opinion, the all time Mardi Gras Classic Tune.

Mardi Gras Mambo by The Hawketts (1954) - Art Neville and other Booker T. Washington classmates recorded it at Cosimo's Recording Studio in the French Quarter in 1954. It was arranged by local radio DJ, "Jack the Cat".

Go to the Mardi Gras by Professor Longhair (1959), with Dr. John on the guitar and Earl King whistling, gets more plaing time than any other song during Carnival Season.

Street Parade by Earl King, another famous New Orleans musician was recorded in 1972.

Second Line by Stop, Inc. was first recorded by the Skyliners in 1962, but the master was lost. It was recreated by Stop, Inc in 1974.

New Suit by the Wild Magnolias (1970) was recorded in Jazz City, Camp Street, New Orleans. The "New Suit" is the elaborate costume that each member of the various tribes of Mardi Gras Indians designs and constructs each year, to be worn on Mardi Gras Day. See this post from Home of the Groove for the history of the African American Mardi Gras Indians.

Songs Which Have a Similar Beat to Mardi Gras Music

Don't You Just Know It by Huey "Piano" Smith and the Clowns. This song which features a great New Orleans pianist, with Bobby Marchan as lead vocalist was recorded in 1958.

Oh Poo Pa Doo by Jessie Hill was recorded by this local artist in 1958.

Iki, Iko was first recorded by the New Orleans group, Sugarboy and the Cane Cutters in 1953. Then by the Dixie Cups in 1963. The 1972 version by Dr. John Follows Sugarboy's original format.

Electric Boogie by Marcia Griffin, a Baton Rouge artist, was adopted by the Krewe of Bamboozer's (of the Spanish Town Mardi Gras Parade)as their favorite dance.

Indians of Mardi Gras consist of "tribes" (with names like, "Creole Wild West" and "Mohawk Hunter") of African American men dressed in ornate feathered costumes that they constructed themselves. This abridged documentary is about the history and tradition of these groups which dates back over one hundred years and is an integral part of the New Orleans celebration.

Bags for all of your loot are Mardi Gras essentials. They can also be used to carry drinks and snacks for the parade.

Throw Us Something, Mister!