Every April, the citizens of Thailand celebrate the New Year with the Songkran Festival, which is possibly the largest water-fight festival in the world! It is estimated that over 140,000 tourists and 1.26 million Thais participate each year. The festival lasts between 3 and 10 days, depending on the area and activities planned.

The Songkran Festival begins with an opening ceremony and procession. Following the parade, images of Buddha are bathed with scented water.

Cleansing of the People

In addition to the bathing of Buddha, festival-goers roam the streets on foot & by car, throwing water on each other and passer-bys. Water guns, hoses and buckets are also used, as the point of the celebration is to get soaking wet. Some communities also host street parties, cultural performances, or Thai food tasting, for those times when you want to dry off and relax.

Tips to Make Certain You Have Fun

If you're planning to attend the festival, here are some tips to make certain you have a great time 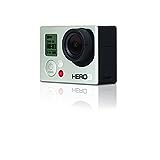 GoPro HERO3: White Edition - 131'/ 40m Waterproof Housing
A water proof camera is a must, and this one fits the ticket! Not only does it take still shots, but also Wi-Fi and full HD movies with surround sounds. An at just 2/6 ounces, it is lightweight enough to carry with ease.
Buy Now 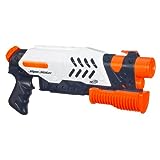 Nerf Super Soaker Scatter Blast
You'll be part of the action with this super soaker water gun. It sends out 5 streams of water, and can blast up to 25 feet away. It'll even the playing ground when you're at the Songkran festival!
Buy Now

How About You? - High & Dry, or Cool & Wet? What are your thoughts about the Songkran Water Festival?