the story of passover

Passover is an eight day holiday celebrating the Biblical liberation of the Israelites from Egyptian slavery. Passover marks the birth of the Jewish nation more than 3,000 years ago. The holiday is rich with traditions meant to help us achieve "freedom" in own own lives. The celebration begins with the seder on the evening of the 14th of Nissan. And it is on this night that the youngest at the table asks the four questions, known to Jews all over the world as 'Ma Nistanah" - and so we ask why is this night different from all the other nights.

No holiday in the Jewish calender is more complex or evocative than Passover. The spring holiday that celebrates the return of the sunlight and the first fruits of spring on the table also reflects on the profound religious themes of the autumn festivals, awakening life and death, rebirth and gratitude. The Passover story recalls critical events in the history of the Jewish people in which a group of slaves became a nation possessed of the dream of the Torah. And so on this night, we remember that once we were slaves and now we are free.

The name "Pesach" (PAY-sahch, with a "ch" as in the Scottish "loch") comes from the Hebrew root Pei-Samekh-Cheit , meaning to pass through, to pass over, to exempt or to spare. It refers to the fact that G-d "passed over" the houses of the Jews when he was slaying the firstborn of Egypt. In English, the holiday is known as Passover. For it was on the night before the last of the plagues that God unleashed on the Egyptians to force Pharoah to free the enslaved Israelites. The Jews were told to smear the doorposts with the blood of a lamb. The way the story goes , the Angel of Death stopped in all the unmarked homes, taking the first born son. But wherever the Angel of Death saw the blood on the doorpost , Death passed.

For this fragment of the story to make sense, the rest of the story must be told. For it tells the history of how the Jews came to Egypt as well as the story of Moses.

This is both the message and the method of Passover - to tell the story so that is becomes part of the memory and consciousness of one generation to the next.

As It Is Said

The Jewish Holiday of Passover

Passover is, first and foremost a teaching holiday. Its central ritual is the seder.The word seder literally means 'order'. It is a talking feast held on the first and second nights of Passover. It is a very demanding holiday for it requires a drastic change of diet for the week long observance. Eating bread is forbidden, even owning leavened foods acts as a reminder of the times when Jews were a hunted people who did not have enough time to wait for the dough to rise before baking it.

The ritual act of preparing a house for Passover is a search for chametz. You could also think of this ritual in a symbolic way of removing the "puffiness" (arrogance, pride) from our souls. Chametz makes bread puff up, think of this as the ego. "Leaven represents the evil impulse of the heart," . We must get ego out of our lives. We should strive to be as humble as a flat piece of unleavened matzah.

Chametz includes anything made from the five major grains (wheat, rye, barley, oats and spelt) that has not been completely cooked within 18 minutes after coming into contact with water. The grain product we eat during Pesach is called matzah. Matzah is unleavened bread, made simply from flour and water and cooked very quickly. This is the bread that the Jews made for their flight from Egypt.

Passover is also a time to reflect on those less fortunate than ourselves, as well as a time to to be thankful for all the good fortunes we do have. Matzah is a symbol of affliction and poverty. The Maggid is the telling of the story of Passover, and it tells us of the hardships and suffering of that our ancestors endured.. It reminds us today of those who are in need, so we say "whoever is hungry, come share our food and celebrate Passover". To those who are poor or oppressed, we pray for them and hope that the coming year will bring a better life for all.

The Haggadah is the "instruction manual" for the Jewish Passover seder meal and lists the rituals that have been compiled and ordered into 15 steps by Talmudic scholars roughly in the 1st and 2nd centuries C.E.. Probably the best ways of putting Passover story into context is to read the Book of Exodus. It has all the elements of an exciting story, slavery and oppression followed by freedom and redemption......with hope for the future. The Haggadah educates us about the past while it helps us to appreciate what we have today.

It encourages dialogue with our children by asking questions, giving examples and telling stories. It is also traditional of read Songs of Songs, the biblical cycle of loves poems that are filled with images of nature. Clearly it is a time of rebirth as is Springtime which emphasizes all the elements of the holiday. 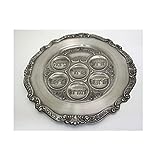 4 Times the Torah Commands Us to Tell the Story of the Exodus to Our Children.

In the Torah there are four different phrases used to describe how G-d saved the Hebrews from Egypt. Taken from two verses in the book of Exodus (6:6-7), they were the rabbinic basis for establishing the obligation to drink four cups of wine.

When it comes to Passover, Four is a Lucky Number

We drink 4 Cups of Wine

Each cup corresponds to the four statements made by God in Exodus 6:6-7:

The seder table also has a cup of wine for Elijah, it is there on the table as a symbol of hope for redemption and a healed world. Some people may put an empty cup there and pass it around so that everyone may add a little of their wine symbolizing that we all must work together to bring harmony and world peace.

Others may look at the sons as them representing four qualities within each of us.It is a good time to reflect on each one of the sons own strengths and weaknesses. The Four Sons live in all of us. Sometimes we are genuinely searching, other times we are rebelling; sometimes we connect through our heart first, then our head, and other times we are just too tired, stressed or burned out to care anymore. The lesson of the Four Sons is to appropriately nurture that spark for learning that lives within all of us.

One of the most important rituals to be followed at Seder is those of four questions that are customarily asked by the youngest child capable of memorizing the words. The main objective, however, of the Ma Nishtanah is to train the child in asking questions, because only through questions does one truly learn. Each question leads to more questions, and the answers to each of these succeeding questions leads to greater and greater knowledge.

The four questions that are asked are given here along with some basic answers:

1. Why do we eat only Matzoh on Pesach and not all kinds of breads and crackers like other nights?

When Pharaoh finally ordered Jews to get out of Egypt after the tenth plague, they were in such a hurry to get away from slavery that they hadn't time to let their dough rise and bake their bread. Thus, they took the raw dough with them on their journey and baked it into hard crackers in the hot desert called Matzoh. Thus, we eat only Matzoh on this day to remind us of their struggles.

2. Why do we eat bitter herbs or Maror at our Seder?

Maror or the bitter herbs are eaten to remind us of the bitterness of slavery and harsh and cruel ways in which Jewish people were treated as slaves under the Pharaoh in Egypt.

3. At our Seder, why do we dip the parsley in salt water and the bitter herbs in Charoset?

4. Why do we lean on a pillow while eating tonight and do not sit straight like other nights?

NEXT YEAR IN JERUSALEM

To me that has always been a statement that expresses the hope that next year all will be free and no one will be a slave to anyone or anything. 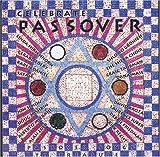