Fun facts about some holiday classics

Studio executives though A Charlie Brown Christmas would be a flop, and Dr. Seuss didn't want Boris Karloff to do the voice of the Grinch.

Surprised? Then read on to learn more trivia about some of everybody's favorite family holiday movies, including Rudolph the Red -Nosed Reindeer, Frosty the Snowman and others.

- "Fahoo Forays" is the song the Whos sing when they're holding hands on Christmas morning. The words were invented to imitate classical Latin. Seuss was so successful in his imitation that the studio received letters from people who thought it was real Latin and wanted the translation.

- The number of branches on Max's antlers keep changing during the movie. In some scenes, he has two, and in others he has three.

- After the Grinch's heart grows, his eyes change from red to blue.

- Boris Karloff's voice was mechanically altered to give him the gravelly Grinch voice heard in the movie.

Love the Grinch? Check out the plush stuffed Grinch doll.

You're a Mean One, Mr. Grinch - A video clip from a classic holiday movie

Dr. Seuss was originally against using Boris Karloff as the Grinch because he was afraid the actor might make the Grinch too scary.

- Lucy refers to Charlie Brown simply as "Charlie" in a scene just before she talks about the commercialization of Christmas. This is the only time she ever refers to him this way in any Peanuts special. Thereafter, she always calls him Charlie Brown.

- TV executives were convinced the special would be a flop for many reasons, including the fact that they didn't like the music, were worried about Linus's speech quoting the Bible, and thought there should be a canned laugh track.

- The back of Charlie Brown's head changes throughout the special. In some scenes, it has three hairs and in others it has none.

A Charlie Brown Christmas
This classic special was released in 1965 and features the Peanuts characters in the story of Charlie Brown's problematic efforts to mount a school Christmas pageant.
Buy Now

Studio execs didn't think the music from this holiday special would work for a children's show, but it continues to be popular during the holidays. 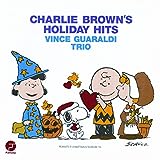 - The only toy from the Island of Misfit Toys that has a name in the movie is Charlie-in-The-Box.

- The female reindeer in Rudolph don't have antlers, but reindeer are the only type of deer where both sexes do have antlers.

- Hermie is the only elf without pointed ears.

Sam the Snowman from Rudolph - The banjo-playing snowman narrator

In one scene in the special, Sam the Snowman is playing a banjo - but the song he's singing doesn't have banjo music in it.

- Frosty the Snowman was Jimmy Durante's last film except for one short film appearance and documentaries. He was the voice of the narrator.

- When Frosty is trying to count to 10, he has five fingers on one hand and four on the other. After he is done counting, he has four fingers on both hands.

- The animated special was based on the song of the same name, which was first recorded by Gene Autry and the Cass County Boys in 1950.

- Frosty was first brought to life in a three-minute 1954 UPA studio short that was filmed entirely in black and white.

Frosty the Snowman & Frosty Returns
What’s become a bigger holiday tradition than building a snowman? Watching the original Christmas classic, Frosty the Snowman! Grab your scarf, bundle up, and get ready for the incredible adventure of a magical snowman who’s got enough personality to win over the whole family.
Buy Now

Jimmy Durante sings this version of the song. 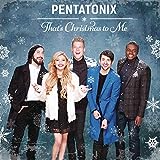 That's Christmas To Me
Buy Now