The Legacy of Henry VIII

Henry VIII is probably the most well known king of England, and his daughter Elizabeth became, arguably, the most powerful queen England has ever seen. The Tudor family was a strong one, of that there can be no doubt, even if their dynasty was relatively short (in comparison to say the Plantagenets) they made their mark on England and ruled during some of its most turbulent times.

The fashion of the Tudor dynasty though was stunning. Layers and layers of soft velvet and fur, smooth silk. Fashion of the high court has always been interesting, but during the Tudor reign some of the most iconic dress became common place.

Image is public domain due to age

The Man that Defined An Age

Henry VIII wasn't the only Tudor king of England, but he was the best known. He was a man that changed the face of England for good or ill for all time. Known for his appetites and considered by history to be a glutton. He was more than all that though.

Henry VII is commonly remembered for one of two things, killing wives, and gluttony. Neither is particularly are entirely accurate, and he did a lot more than just eat and execute wives. He is responsible for turning England into a Protestant state, under his kingship Parliament gained more and more power that began to alter the political landscape of England into a parliamentary democracy. He was so much more than a fat man with six wives.

In the end he was a King like any other, sure of himself and truly believed he was ruler of England by divine right. Under his rule he split from Rome's religious rule and set up the Church of England which is known now as the Anglican Church and placed himself at its head equating himself with the pope, and he did it for the love of a woman, one of many in a long line of wives. Henry was a dangerous man to marry, of that there can be no doubt.

The Wives of Henry VIII

The one fact pretty much everyone knows is that Henry went through a scad of wives, and he killed many of them. Not many can name nor even the number the wives however. Henry was married six times and his wives were: 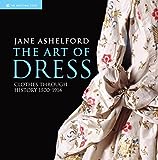 My Own Tudor Costume

I am a historical re-enactor, I am a member of the Society for Creative Anachronisms (SCA). For the most part I play a 5th century Irishman, however I have recently taken an interest in rapier, or fencing, and since my 5th century persona would not have been a fencer I have decided to launch a new persona, this persona would be from the Tudor times, particularly the court of Henry VIII. I will use this page to document my progress and post pictures of my Tudor Garb as I go progress.

The plan is two staged, one to have garb that can easily be used as fencing garb, and two to have it transition-able to court garb easily enough. I will build a fencing armour undersuit to cover the base needs of fencing armour, then make the garb to fit over top of the Tudor costume. The plan it to have it so I can remove my hat, coat and waistcoat to fence in and still be fully suitable with pants, codpiece (ever important in Tudor garb), and shirt. My designs will be made using the book The Tudor Tailor.

The Tudors was a great four season show laying out the life and times of King Henry VIII. If you want to see some great examples of Tudor costuming, this series is the one to watch.