This is a short story about making the wrong choice and not planning ahead. It's probably happened to many, many people all over the world so it's not unusual, but it happened to me on Valentine's day! This was quite a long time ago, but I've never forgotten it.

Valentine is such a great day, and I still look forward to it every year. I am a romantic and I love going out for meals. My husband is never short of Valentine ideas and always plans something special, but this was not always the case.

We used to leave things to chance and just do what the mood took us, after all that is very romantic in itself. Until one year when we decided to go to Leicester Square, in Central London. We had planned on going to the cinema, but first we wanted a lovely meal. I remember standing just by the little statue of Charlie Chaplin, and choosing the biggest Chinese Restaurant on the Square.

But sadly we chose very badly because it was the worst meal either of us had ever eaten!

Read on and I'll tell you why. But that's not all this lens is about. I have included a list of amazing London restaurants with videos to give you a taste of how wonderful London is! I love the last video because it shows a boat ride down the River Thames in the evening, and as far as Valentine ideas go - that one takes some beating! I hope you enjoy my mini culinary tour.

This is a warning - you can avoid making my mistake.

Make sure you have a good guide

Time Out London Eating and Drinking Guide (Time Out Guides)
I've been using TimeOut guides since they first came out and I used to help to distribute them! They're great, I trust what they write, especially good for finding bargains!
Buy Now

I know central London like the back of my hand, and I'd always fancied frequenting this particular restaurant. It was huge and had been in Leicester Square for many years. It had four floors, with at least 25 tables on each, but we failed to notice that it was almost empty! The staff were just hanging around, and there were no sounds of cooking or aromas of delicious Chinese cuisine in the air.

We were shown to a table that wasn't very clean, but we didn't have the confidence to ask the waitress to change the tablecloth. At least the chopsticks were sealed in little paper envelopes, so they must have been clean!

We ordered our meal but by the time the starter had arrived we knew that we had made a very bad choice of restaurant. We tried to eat it but it wasn't very delicious at all! When the main course arrived we literally gasped in horror because the food smelled awful! Also, I made the mistake of visiting the loo, and that was absolutely filthy too.

We couldn't eat it, and because we were young and this was England, we didn't complain. We just paid our bill and left. Of course it ruined our evening as neither of us wanted to watch a film after that, so we just went home.

A couple of weeks later I happened to pass Leicester Square on my way to the theater, and the restaurant had been closed down. I think we must have been their last customers!

The moral of this story is plan your romantic Valentine’s evening very carefully because the one that goes wrong will probably be the one that sticks in your mind for ever!

Since then we have planned every Valentine’s Day treat down to the last letter and we have had a great time in many wonderful London restaurants.

I still live in London, so with Valentine's Day looming, I thought I’d show you a few restaurants that are a bit different to impress your sweetheart with.

Finding good food in Central London is daunting – there are restaurants and eateries all over the place. But if you want a Valentine's meal to remember, then consider those I have listed below. The videos are very interesting even if you don't live in London! I hope you enjoy your virtual visit.

Let's have a heated debate!

What would you do if you found yourself in an awful restaurant?

Head for West London and the infamous Portobello Market in Notting Hill, then look for The Supperclub: 12 Acklam Road. The dcor is electric pink and white and very funky – there are huge beds all over the place and after everyone has enjoyed their meal the whole place erupts into a techno party – people wear whacky costumes and ‘rave’ - I kid you not – picture a party on the beach in southern Europe! This is a place to be seen in but I haven't actually been there myself!

Here’s a video (it may not be to your taste!)

In Soho you’ll find a restaurant that is specially designed for computer addicts and techno fanatics so if that’s what rings your partner’s bell then head to Inamo 4 - 12 Lower Regent St.

Here the tables are touch screens, you order what you like from the menu on your table and the virtual dishes appear in front of you to tempt you into choosing them! Then you can watch the chefs hard at work preparing your meal. Could be a bit of a conversation stopper – but the place is always packed!

They serve delicious Asian cuisine, and although it’s not cheap it is cheaper than the others I’ve told you about. Not really! In fact it’s rather expensive. Watch the video it’s fun!

And then there’s my favorite the Dans le Noir restaurant in Clerkenwell. The restaurant's owner is blind and this is his brainchild. This amazing place is famous because you eat your food in pitch darkness and you sit next to complete strangers whom you can't see. When you arrive you lock your valuables in a locker, talk with the waiters and order your food. Then they lead you into the restaurant itself, which is completely dark. The food is top quality cuisine and they say it tastes really wonderful in the dark. You don’t believe me? Then here’s a video.

4. Dining on the River Thames

Of course there's always the great floating restaurant! There's nothing quite like gliding along the beautiful River Thames with the person you love. You board the boat at Westminster Pier, Victoria Embankment, via River Thames Tours and sail for over 3 hours taking in the breathtakingly beautiful sights of London by night. They will serve pink sparkling wine and a barbecue – very Romantic. I know, I've done this!

And finally, if you want a very special afternoon tea – I mean real traditional Chinese tea served with ceremony, then head back to Portobello and look for Teanamu Chaya Teahouse, Coach House, 14A St Luke’s Road. Believe it or not this is Pei’s own home, which he opens up to perform the fascinating tea ceremonies during the weekends.

You have to book well in advance (remember this is all about planning a great Valentine) because there are only about four tables. Pie himself will serve you and explain everything about the tea. He will also prepare food in his open plan kitchen. It’s very cosy with a real log fire burning in the room. Unfortunately there is no video about this. i might give him a ring and ask if I can go and make one! 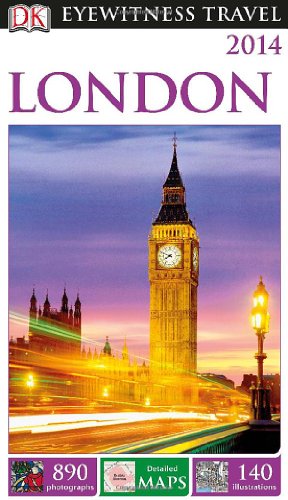 Do join me on my other virtual tours of the UK

Google+ Visit me and I'll add you to my circles.

Amazon Deal of the Day is always worth a look. Amazon Gold Box Deals