Morality and the Media

The Media lately seems to be a place where morality "goes by the wayside" so to speak. Where does morality shine in the media? Strangely enough, in the TV program Charmed and in the pages of the ultra-popular Harry Potter series of books.

How "Charmed" and "Harry Potter" show the way to Morality

The popular ideology of late states that there is no such thing as good and evil -- it is all relative. There is a strong "ethic" (if I can use that word for it) pushing moral relativism. "Moral Relativism" basically holds that there is no "good" or "evil", everything is relative and must be taken within the context of the setting of the society in which it happens.

The Tora and people of strong moral fiber know this is not the case. There are absolutes of "good" and "evil". Murder is evil, this is why it is called "murder" and not "killing". "Killing" can be justified; "Murder" cannot. This is why the Tora says "you shall not murder" not, despite multiple inaccurate translations, "you shall not kill".

J.K. Rowling, in her Harry Potter series, makes it quite clear that there is morality, there is a system of "good" and "evil" and there are absolutes of each. Lord Voldemort is evil, not because of who he is or what his standing in the community is. He is evil because he chooses to murder and destroy, control and subjugate others.

If the leaders of the free world had read Harry Potter the way millions of children, teenagers and even adults had, they might see that while Harry Potter is a magnificently crafted children's story, a modern fairy tale, it is also an allegory of the millennia-old battles between good and evil.

Lord Voldemort, the main villain in the Harry Potter books, tries to blur the lines. He tries to convince Harry that there is truly no good or evil, only power. But Harry's fight throughout the series is not simply with Lord Voldemort, it is also within himself.

When Harry begins Hogwart's School of Witchcraft and Wizardry he and the other "first year" students are separated into houses by the "sorting hat". While the hat is on Harry's head, the hat says that he can't decide whether to place Harry in Gryffindor house, the house of the most valiant wizards, or Slytherin house, the house Lord Voldemort and most of his followers come from. Harry says over and over "not Slytherin" so the hat places him in Gryffindor. Later on, when Harry asks Professor Dumbledore, the school's headmaster and Harry's mentor, why he was put in Gryffindor and not Slytherin, Dumbledore tells him it was because he used his force of will -- that HE, Harry, had asked for it. In other words, it's not the situation you are born into that shows who and what you are, it's the decisions you make in your life. Day in and day out we have decisions to make and it is these decisions that show our "house", so to speak. It is our decisions that show who we are.

Perhaps not as popular as the Harry Potter series, but equally moral in its message, is the television program "Charmed". "Charmed" is about three sisters who are witches. They use their powers on demons and warlocks (the forces of evil). They make no bones about their mission in this world -- they are here to fight evil. Throughout the years this series was in first run (it is currently shown in reruns) the sisters "vanquished" (which, basically, means killed) demons and other evil beings. These demons were looking for power and would murder anyone who got in their way (they would also murder people or other beings who could give them power).

What I loved about "Charmed" was that they were unapologetic about the sisters' work. The program didn't get wishy-washy. Even when it seemed counter-intuitive, they fought evil.

And that is what we need to do. We need to realize that there is only one way to defeat evil -- we need to destroy evil. As long as evil is out there, we are in danger. Both "Charmed" and "Harry Potter" ended their series with good triumphing over evil and a look into the future -- a future without evil.

Many people in the world take the easy way out. They think they can placate evil by doing what evil asks of them. But what they don't realize or don't want to realize is that evil can never be placated. Hitler proved this at Munich; Arafat proved this when Barak offered him 95% of what he asked for and Arafat's answer was to start the intifada; the Islamofascists of Hamas and Fatah have proven this by turning the thriving Gaza community of Gush Katif into a launching pad for missiles (missiles they rain down on the population of Israel); Al Qaida proved it when they took credit for murdering people; the Taliban proved it when they destroyed historic statues in Afghanistan and by subjugating women. Evil shows its evil by its actions. And good needs to defeat evil. This does not happen with negotiations. This does not happen with wimpy "all for show" military engagements. This only happens when the standard bearers for good are willing to fight an all out war with evil, a war like the final battle of the final installment of the Harry Potter saga. Only that sort of war will clear the way for good to triumph.

The fight, no matter how horrible, is worth the effort. It is worthwhile to do whatever necessary to destroy evil and return Good in the essential sense. It is the Platonic Good, the ideal Good, the quintessential Good. And, after all, isn't that what we all want?

Witchy products from Amazon - Vote for your favorite 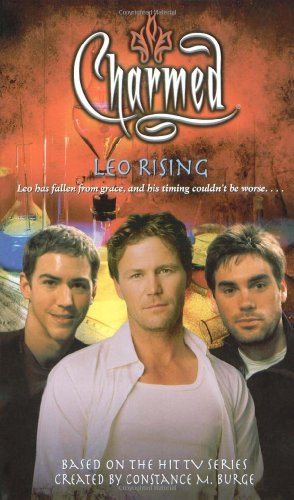 Did the ending of the Harry Potter series satisfy you?

Who is your favorite relative of the sisters?

This stein is only one of several Witch/magic themed items at our store:

This apron is only one of several Witch/magic themed items at our store: