10 Surprising Differences between The Avengers Movies and Avengers Comics

By now, we've all seen and enjoyed the Avengers movies. We enjoyed seeing Captain America adjust to living in the 21st Century, Tony Stark designing and building all manner of gadgets, Bruce Banner fighting to keep the Hulk inside, Thor defeating Loki's plots on Earth and Asgard, even Nick Fury's awesome helicarrier-based S.H.I.E.L.D organisation.

Would it surprise you then to know that the characters we see up on screen are just that little bit different from their comic book originals. On occasion, the movie version of characters and events have been either subtlety or dramatically changed, for better or worse. I'll let you be the judge of that.

I bet you were never aware that Hawkeye is, in fact, partially deaf in both ears. in Hawkeye #4, published by Marvel Comics, Hawkeye was fighting the villain Crossfire who was attempting to use mind control to defeat him. To break free, he took one of his own sonic arrows and stuck it in his mouth, blocking out the villain's sonic device and enabling him to defeat Crossfire. The cost was the loss of 80% of his hearing, resulting in Hawkeye having to permanently wear two hearing aids. In later years Tony Stark modified and upgraded the hearing aids to improve them, ensuring they never ran out.

In his first appearance in Incredible Hulk #1 back in 1963, Bruce Banner would only turn into the Hulk at sunset, before turning back into Banner at sunrise. His mood, good or bad, was not actually a factor, and anger did not trigger the change. Stan Lee quickly wrote this idea out with issue 3, and it was later explained away by the fact that Banner first became the grey Hulk, before 'evolving' into the green Hulk, whose anger did make him stronger, though at the cost of intelligence. Marvel revisited this many years later in Incredible Hulk #324, when the smarter, though not as strong, grey Hulk re-appeared for a time. 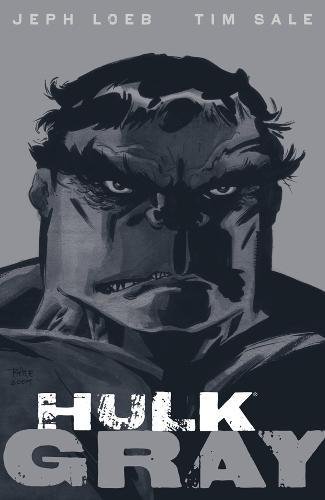 8. Falcon Should Think About Joining the X-men

Falcon joined the cinematic Avengers in the second movie, and had previously been an Avenger in good standing for many years in the comic book version, but comic book Falcon has a couple of especially interesting differences from his movie counterpart. Firstly, he has a pet falcon called Redwing, with whom he can seemingly communicate mentally. This was initially explained away as the consequence of a run in with the Cosmic Cube, called the Tesseract in the movies. In his Marvel Comics Falcon 4 issue mini-series, however, Professor X (Yes, THAT Professor X) told Falcon he believed him to be a mutant who's power was to communicate with birds telepathically. Fox Studios, who make the X-Men movies, may be putting a call into Marvel some time soon. 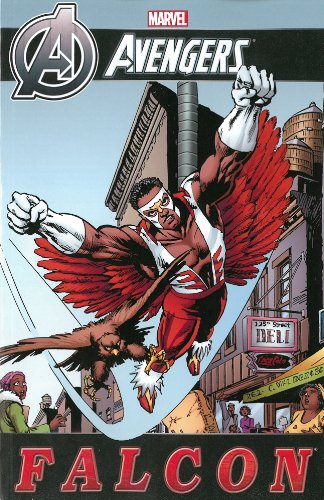 7. Captain America Drew Himself for a Living 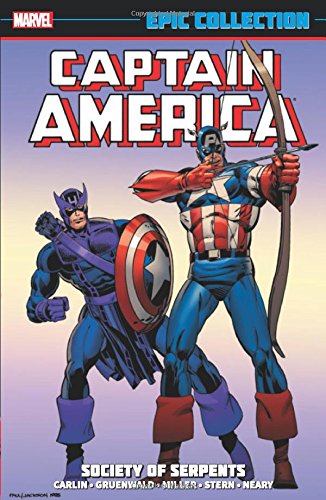 6. Thor Was Once a Super Powered Frog

One adventure I doubt we'll see anytime soon on the big screen is the one where stepbrother Loki turned Thor into a frog. Yep, in Thor #363 Loki was feeling especially mischievousness and using some pesky Asgardian magic transforms Thor into a normal, everyday frog. Or so he thought. After helping a colony of frogs to defeat some rats, Frog Thor manages to lift Mjolnir and becomes Thor, Frog of Thunder. He returns to Asgard where he defeats Loki, and his brief career as a super powered frog ends when Loki's magic is destroyed and Thor is restored to his normal self. Those Asgardians... 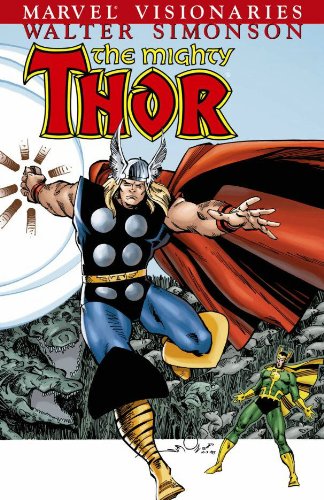 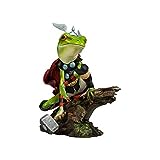 Which version of the Marvel Universe is the best?

5. Will the Real Nick Fury Please Stand Up

To those only familiar with the character of Nick Fury from the movies, he will always be Samuel L Jackson. So it may surprise a lot of people to know that the original comic book Nick Fury was in fact a white soldier during World War II, who first appeared in Sgt Fury and the Howling Commandos #1 in 1963. After the war he eventually became head of S.H.I.E.L.D and remained quite sprightly because of a formula that restricted ageing. The movie version of Nick was based on the Marvel Ultimate Universe version, a sort of alternate reality, who first appeared in Ultimate Marvel Team-Up #5, and who Mark Millar deliberately modelled on the actor Samuel L Jackson. Just to further muddy the waters, Marvel later introduced into its main Universe Nick Fury Jr, the son of the original Nick Fury, who was black, with an eye patch, and bore a bit of a resemblance to Samuel L Jackson. It has all got rather complicated... 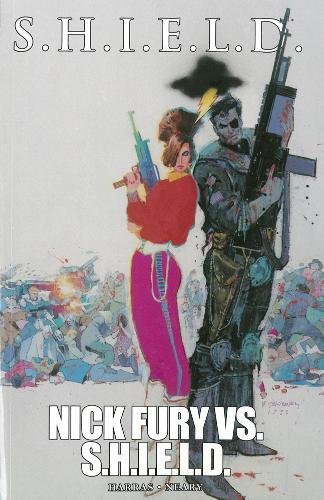 4. Black Widow Certainly Lives up to Her Name

Natasha Romanov, as played by Scarlett Johansson on screen, is obviously something of a femme fatale but romantically she has nothing on her comic book original. She was first married to a non -powered Russian, then after thinking he had died she defected to the United States where she dated Hawkeye, then Daredevil, then Hercules, Bucky Barnes/Winter Soldier, had flings with Wolverine, Nick Fury, and even Spider-Man (who she claimed she was attracted to only because her cover identity was attracted to him). The Black Widow of the alternate Marvel Ultimate Universe also had a very serious relationship with Tony Stark, which only ended when it was revealed she was still a spy and was then killed in action. 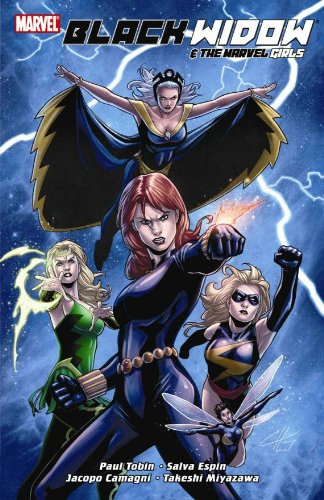 3. Red Skull Was Created By Hitler As a Bet

In the Marvel cinematic universe Johann Schmidt was the first powerful enemy Captain America encountered, and the founder of the powerful secret organisation HYDRA. Although technically a Nazi in the cinematic universe, he was actually using Hitler and Germany to further his own ends. In the comic book version, told in Captain America #298 ,Johann Schmidt was a hotel bellhop who just happened to be attending to Hitler's rooms on a visit. Hitler, in a fit of rage at what he saw as the uselessness of those around him, declared he could mold even a bellhop into a better soldier than they, and set to work on Schmidt. Schmidt became the Red Skull, as Hitler wanted a symbol to strike fear into his enemies. It worked too well, as eventually Hitler himself became scared of Schmidt, realising his intent to replace Hitler. On a side note, although the comic book Red Skull never directly founded HYDRA, as his movie counterpart did, he was responsible for its rise by sending Baron Von Strucker overseas where Strucker eventually declared himself head of a new organisation which became HYDRA. 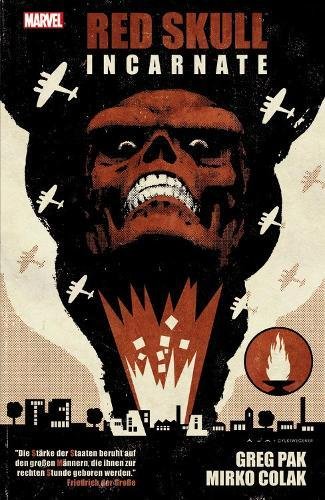 2. The Vision and Scarlet Witch Were Married

In the second Avengers movie we were introduced to the Vision and to Scarlet Witch, two characters who have been Avengers for many years in the comic book. What may surprise you is the fact that they not only developed a relationship, in Avengers #109, but eventually married and had children together. The 12 issue series ' Vison and Scarlet Witch' details their attempts to lead a normal life after Wanda gives birth to 2 children, magically created as Vision, being an android, obviously cannot have children. Sadly, it all ends badly , as shown in the pages of West Coast Avengers, when Vision's human personality is all but erased, and the 'children' are revealed to not be real, but pieces of the soul of Mephisto (the Marvel Universe manifestation of the Devil). The pair split, then later reunite when Vision's personality is restored and Wanda overcomes personal and mental health issues. 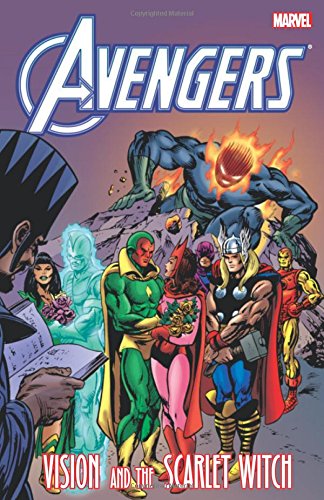 1. Ultron and Vision Have a Very Complicated Relationship

The creation of Ultron in the Marvel cinematic universe is very straightforward, technical genius Tony Stark designed him , albeit accidentally, and the Vision was created as a side consequence of that. In the comic book version, it is much more complicated. Ultron is , in fact, created by Hank Pym (the original Ant-Man in both film and comic), not a slouch in the tech genius department himself, in Avengers #57-58. Ultron then designs and builds the android Vision to infiltrate and destroy the Avengers, but he rebels and ultimately joins the Avengers. To further fill out the dysfunctional family dynamic here, Ultron , in Avengers # 162, builds himself a robot mate, Jocasta who is directly modelled on Janet Van Dyne, the Wasp, and wife of Hank Pym (again, in both film and comic). Ultron clearly doesn't design these things very well, as she also rebelled and joined the Avengers.

Obviously I've only hand picked the differences that I either found most interesting, or would interest fans the most. There are many more to point out, and I may do a companion hub on those in time. Hope you enjoyed reading, feel free to leave a comment!