Nine to eleven year old boys are typically in the third to fifth grade. At this age, most of them are intermediate readers, who have developed enough reading skills to read chapter books, but not quite adolescent readers yet. At this level, the suitable books can contain up to 15,000 to 20,000 words. This article recommends 101 books good for nine to eleven year old boy. 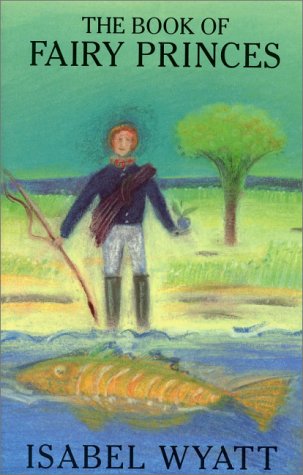 Bud, not Buddy, is an unforgettable character. This young boy doesn't let the circumstances of being black during the Depression keep him. Told with humour and hope, the message of this book is: if you have a dream and are willing to work to make it happen, you can rise above even the most humble beginnings. 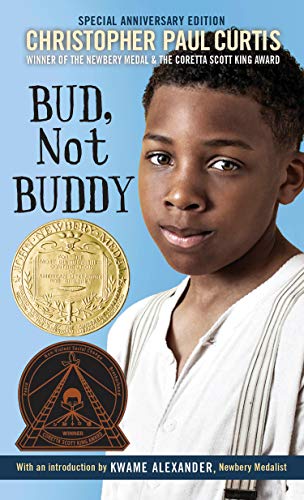 Linda Sue Park did an excellent job of writing this traditional Korean story about the tale of triumph of a boy who shouldn't have overcome the odds but did.

A great story book for cat lover. Beautifully written in a clear, accessible style with plenty of direct speech and detailed description, it is an excellent book for anyone over 9 years old. 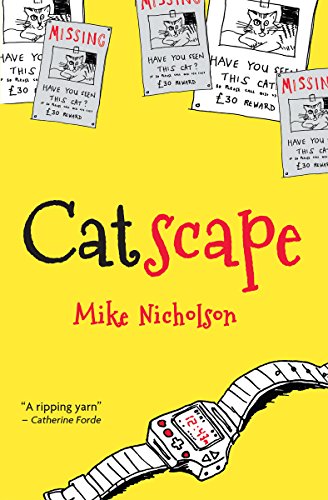 6. The House of the Scorpion – by Nancy Farmer

7. The Castle in the Attic - Elizabeth Winthrop

8. The Watsons Go to Birmingham - 1963 – by Christopher Paul Curtis

9. The Journal of Ben Uchida – by Barry Denenberg

13. Just So Stories, The Jungle Book by Kipling

14. Tales of a Korean Grandfather – by Carpenter

15. The Book of Indians by Holling C Holling

16. The Phantom Tollbooth – by Juster

19. Angels, People, Rabbis and Kings from the Stories of the Jewish People - Patterson

23. The Book of Fairy Princes – by Isabel Wyatt

26. The Tangle-Coated Horse - by Ella Young

28. The Boy Who Lived With Seals – by Rafe Martin

30. The Wheel On the School - by Meindert De Jong

32. One Hundred and One African-American Read-Alouds – by Susan Kantor’s

33. My Grandmother’s Stories: A Collection of Jewish Folktales – by Adele Geras

34. The White Stallion – by Elizabeth Shub

35. Honk the Moose by Phil Strong

36. That Quail, Robert – by Margaret Stranger

37. The Wind Boy and others – by Ethel Cook Eliot

42. Owls in the Family by Farley Mowat (This one is funny!)

46. The Wonderful Adventures of Nils – by Selma Lagerlof

47. Peppe the Lamplighter – by Elisa Bartone

48. Twig – by Elizabeth Orton Jones (More for girls. It is about the story of a little girl who believes in fairies and befriends an elf. Favourite among children. My boy enjoys reading it too.)

50. The Bears in Hemlock Mountain – by Alice Dalglish

52. The Lion, The Witch and The Wardrobe – by by C. S. Lewis and Pauline Baynes

54. The Crystal Pool, The Golden Hoard, The Silver Treasure - by Geraldine McCaughrean

55. One Morning in Maine – by Robert McClosky (well-loved by children, a warm story about a lost tooth.)

57. Children of the Longhouse – by Jospeph Bruchac

60. The Wonderful Story of Henry Sugar and Six More – by Roald Dahl

62. Charlie and the Chocolate Factory – by Roald Dahl

66. Number the Stars - by Lois Lowry (Every kid I know that has read this book loves it.)

67. The Westing Game – by Ellen Raskin

68. Let the Circle be Unbroken – by Midred D. Taylor

79. The Worry Week by Anne S. Lindbergh and Kevin Hawkes

80. Claude and Medea: The Hellburn Dogs – by Zoe Weil

88. The Adventures of Odysseus and the Tale of Troy – Retold by Padraic Colum

89. Sticks Across the Chimney – (A Story of Denmark) – by Nora Burglon

92. Buzzy and the River Rats – Book 1: Buzzy Moves In - by John Clarke Hoffman

93. Buzzy and the River Rats – Book 2: Exploring the Town - by John Clarke Hoffman

94. Buzzy and the River Rats – Book 3: Romance and Adventure - by John Clarke Hoffman

95. The Dragon Boy – Book One of the Star Trilogy - by Donald Samson

96. The Merry Adventures of Robin Hood –by Howard Pyle

97. The King of Ireland's Son – by Padraic Colum

98. The Boy Apprenticed to an Enchanter – by Padraic Colum

99. The Story of King Arthur and other Celtic Heroes – by Padraic Colum