Olivia is a freelance content marketer and a reading enthusiast.

An untrained reader would not expect that.

To discover in an ancient play some refined version of a soap opera.

Oresteia's three tragedies Agamemnon, The Libation Bearers, and The Eumenides (retold by Aeschylus - 525-455 BC) could be titled Revenge! Faster, kill, kill! However, from underneath this exciting stuff philosophical questions peek out.

Usually, in tragedies authors treated topics of interest and dispute in the community. The argument is that Greeks did not believe in holy commandments to live by; indeed, they used the lives of their heroes as guidelines. Therefore, myths were stories that, depending on the storyteller, could have a different deeper focus.

In his work, Aeschylus had the genius of using thrills in order to serve philosophy and psychology. At the core, the 3 plays mentioned dwell on the problems of the cycle of violence and conflict resolution.

1. Conflict Creates Pain Yet Knowledge Alone Is Not Enough To End It

It begins with Agamemnon.

In the first play, Agamemnon, the spotlight is on the sad state of Argos, powerful Greek city, and its citizens. People live in miserable conditions.

They believe that the source of pain is the Trojan war, started 10 years before. Deliverance should come when that war ends and king Agamemnon returns. Then, the order will prevail.

However, Queen Clytemnestra holds superior knowledge. Her belief is that the real source of pain is Agamemnon and his damned family. She wants to punish him for their daughter Iphigenia's death. She was sacrificed to gods, as Agamemnon trusted that that will win him the war.

The king, and his war slave Cassandra, must die. Only then, will Clytemnestra be free to rule over a world of order and love. As, at some point in the course of those 10 years, she took Aegisthus, cousin and enemy of Agamemnon, as a lover.

She commits the crimes, and Argos can only lament powerless.

2. People Search For Salvation Outside Of Themselves. However, By Perpetuating Sin, Redemption Is Not Found

The second play, The Libation Bearers, transports the reader to a city withstanding even increased suffering. Unpunished murders and unlawful ruling brought on somber times. No salvation can be found in this corrupted place.

Hope lies in the return of Orestes, the heir. He must avenge his father’s death. Orestes belongs to the city but was an outsider to the crimes committed. He grew up away from home; therefore, he should be the sane, clean restorer of order.

The reality, though, reveals a confused hero. His sister Electra, his friend Pylade, Apollo, and some of the citizens silence his first hesitating reaction. They assure him that killing his mother will restore order, and Orestes puts his trust in them.

Though Electra appears shortly, she plays a special role. She is the important libation bearer, secretly bringing offerings to the memory of her father and in the honor of gods. Caught between the duty toward her father and the weakness of her position of tolerated person in her own home, she pleads for justice.

In the end, Orestes avenges his father. However, as the city rejoices, Furies, gods of vengeance and vendetta, hunt him down.

3. People Can Not Survive On Their Own

In the last play, The Eumenides, Argos is, at last, a free city; however, standing alone, waiting for its ruler. In search of atonement, Orestes has since left his home. Though he has Apollo's protection, he still pays for the murder committed.

The Furies continuously hustle him. Contact with humans decreases his pain, but it cannot redeem him. Only the intervention of another higher authority, goddess Athena, will put an end to this conflict.

Athena could take anyone's side. She could fight off the vengeance gods or rally with them.

Instead of this traditional resolution of conflict, Athena places the responsibility on Athenians to judge Orestes. They cannot decide if he was wrong or right, and they free him.

Working her powers, Athena convinces the Furies to change their ways and instead, protect the humans. They change into The Eumenides, spirits of reason and democracy.

4. People should not take justice into their own hands; instead, they should solve conflicts through law and justice.

Aeschylus suggests that citizens should not act in the same way as Orestes, Clytemnestra, or Electra did.

Aeschylus lived in violent times, he himself fought in battles against the Persians.

His work, of remarkable poetic intensity, is thus a search for meaning and viable methods for conflict resolution. 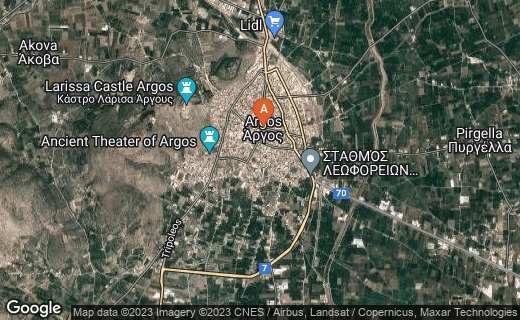