A Collection of Interesting Quotes

Throughout our lifetimes we indulge in multiple sources of media, and though some of us may like to publicly deny it, we have all at one point or another fallen in love with a story and its characters. Quotes from movies, books, songs, and poems are ways for us to relive the wonder we had and still hold in our hearts during that very first viewing; when we came upon words too beautiful for us to accept quietly, words that seemed to speak to our very souls.

Sayings from Kings, Prophets, Philosophers, and Presidents have also been passed down for countless centuries, and in a way those people are kept alive through their notorious sayings. I suppose we can only hope that one day we may also be quoted in our day-to-day lives, doing something great or saying something important. After all, to be quoted is to be remembered.

For me, quotes play a deeply inspirational and sometimes spiritual role for me in my daily life, they help me to cope, understand, and feel the world around me in a way I could not do on my own. I am no wizard when it comes to turning a phrase, so perhaps it is lazy of me to look to other, more talented authors as a means of expressing myself - using a traveled medium, in a way. But I think it's important to remember things that have been said by others, especially if they touched or taught us in a defining way.

It is perhaps a mystery why quotes fascinate us so much, but as it is, here is a collection of a few of my all-time favorites.

They call it a breakdown, at first.
C.S. Lewis, Perelandra

Heaven has no rage like love to hatred turned...
William Congreve, The Mourning Bride

I will not say 'do not weep,' for not all tears are an evil.
J.R.R. Tolkien, The Lord of The Rings

“Wendy,’ Peter Pan continued in a voice that no woman has ever yet been able to resist, ‘Wendy, one girl is more use than twenty boys.”
J. M. Barrie, Peter Pan

All the world will be your enemy, Prince of a Thousand enemies. And when they catch you, they will kill you. But first they must catch you; digger, listener, runner, Prince with the swift warning. Be cunning, and full of tricks, and your people will never be destroyed.
Richard Adams, Watership Down

But the fox went on, "You turncoat, you renegade." His maimed body was taut with contempt and hatred. "You spy," he hissed, "you blackguard, you track us where He could never find us. You betray us, your own relations, me who am almost your brother. And you stand there and aren't ashamed!" Felix Salten, Bambi

"Eye of newt, and toe of frog,
Wool of bat, and tongue of dog,
Adder's fork, and blind-worm's sting,
Lizard's leg, and howlet's wing.
For a charm of powerful trouble,
Like a hell-broth boil and bubble." Shakespeare, Macbeth

For the lips of a strange woman drop as an honeycomb, and her mouth is smoother than oil; but her end is bitter as wormwood, sharp as a two-edged sword. Her feet go down to death; her steps take hold on hell. Proverbs 5:3-5

His mouth is sweetness itself; he is altogether lovely. This is my lover, this my friend... Song of Solomon 5:16

Let thy words be few. Ecclesiastes 5:2

We didn't have to. It's built in. Has been ever since the dawn of time... When a few wild dogs took it upon themselves to watch over man, to bark when he's in danger, to run and play with him when he's happy, to nuzzle him when he's lonely. That's why they call us man's best friend.
Shadow, Homeward Bound

Quit, don't quit? Noodles, don't noodles? You are too concerned about what was and what will be. There is a saying: yesterday is history, tomorrow is a mystery, but today is a gift. That is why it is called the "present."
Master Oogway, Kung Fu Panda

Oh, what's so great about discovery? It's a violent, penetrative act that scars what it observes. What you call discovery, I call the rape of the natural world.
Ian Malcolm, Jurassic Park

No cat out of its first fur was ever deceived by appearances, unlike human beings, who seem to enjoy it. The Cat, The Last Unicorn

Then bite them! Be ruthless, whatever it takes. Bend them to your will! - Fly, Babe

Oh tie me ever tightly by your side, so I may go with you wherever you reside. And anytime the road looks dimmer I will be your guiding light. I just want to go away with you.
Rosie Thomas, Kite Song

Once, I can't remember, I was long ago someone strange. I was innocent and wise, and full of pain. Now that I'm a woman, everything has changed.
Kate Irving, Now That I'm a Woman

I've had time to write a book about the way you act and look, but I haven't got a paragraph. Words are always getting in my way. Anyway, I love you. That's all I have to tell you, that's all I've got to say.
Jimmy Webb, That's All I've Got to Say

No one wants to be lonely, but what am I to do? I'm just trying to be honest, I don't want to hurt you too. When I'll be there, I'll be there, I know I sound confused. But all I want... Is to one day come to know myself. Sarah Blasko, All I Want

So break yourself against my stones and spit your pity in my soul. You never needed any help, you sold me out to save yourself. And I won't listen to your shame, you ran away, you're all the same. Angels lie to keep control... Slipknot, Snuff

They're tearing up holes in the house, they're tearing their claws in the ground. They're staring with blood in their mouths. Mama, they won't let me out. They tumble and fight and they're beautiful, on the hilltops at night, they are beautiful. Phosphorescent, Wolves

Dream me, oh dreamer, down to the floor, open my hands and let them weave onto yours. Feel me, completer, down to my core, open my heart and let it bleed onto yours. Feeding on fever, down on all fours, show you what all that howl is for. TV On The Radio, Wolf Like Me 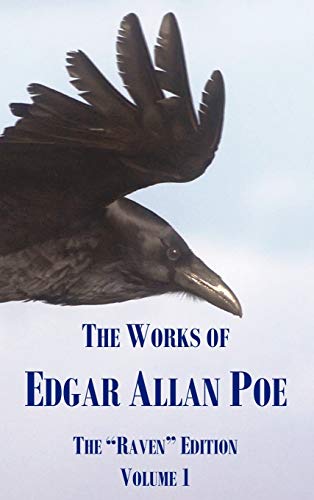 I'm selfish, impatient and a little insecure. I make mistakes, I am out of control and at times hard to handle. But if you can't handle me at my worst, then you sure as hell don't deserve me at my best. Marilyn Monroe

Vain? Let it be so! Nature was her teacher. What if a lovely and unsistered creature loved her own harmless gift of pleasing feature? O. W. Holmes

And lo, the beast looked upon the face of beauty, and beauty stayed his hand. And from that day forward, he was as one dead. Origin unknown

It is of no avail to know what is about to happen; for it is a sad thing to be grieved when grief can do no good. Cicero

The strongest and fiercest spirit that fought in heaven, now feircer by despair. Thomas Middleton

Pride is innate in beauty, and haughtiness is the companion of the fair. Latin Proverb

As fierce as Hell, or fiercer still, a woman piqued who has her will. Lord John Byrom

To live is the rarest thing in the world. Most people exist, that is all. Oscar Wilde

`No, love, no.
For the bud ever breaks into bloom on the tree,
And a storm never wakes on the lonely sea,
And a worm is there in the lonely wood,
That pierces the liver and blackens the blood,
And makes it a sorrow to be.' Lord Alfred Tennyson, The Islet

On a short fierce fuse. Not in boredom-
The eye satisfied to be blind in fire.
By the bang of the blood in the brain deaf in the ear-
He spins from the bars, but there's no cage to him. Ted Hughes, The Jaguar

And a dreadful thing from the cliff did spring,
And its wild bark thrill'd 'round.
His eyes had the glow of the fires below,
'Twas the form of the Spectre Hound. Old Norfolk saying

He is my other eyes that can see above the clouds; my other ears that hear above the winds. He is the part of me that can reach out into the sea. He has told me a thousand times over that I am his reason for being; by the way he rests against my leg; by the way he thumps his tail at my smallest smile; by the way he shows his hurt when I leave without taking him. (I think it makes him sick with worry when he is not along to care for me.)

When I am wrong, he is delighted to forgive. When I am angry, he clowns to make me smile. When I am happy, he is joy unbounded. When I am a fool, he ignores it. When I succeed, he brags. Without him, I am only another man. With him, I am all-powerful. He is loyalty itself.

He has taught me the meaning of devotion. With him, I know a secret comfort and a private peace. He has brought me understanding where before I was ignorant.

His head on my knee can heal my human hurts. His presence by my side is protection against my fears of dark and unknown things. He has promised to wait for me... whenever...wherever - in case I need him. And I expect I will - as I always have. He is just my dog. Gene Hill