"...the passions of men are incorporated with the beautiful and permanent forms of nature." William Wordsworth - Preface to Lyrical Ballads

I rediscovered some poetry that I had written and had long forgotten. As I began to rework them to add to my blogs, I pondered where I had gotten my inspiration for my poetic efforts. I had brushes and scrapes with poetry in grade school and high school. I took a few poetry courses in college.

I enjoy reading the poetry of William Shakespeare, Elizabeth Barrett and Robert Browning.

Percy Bysshe Shelley is one of the major English Romantic poets that has had an influenced my poetry writing.

John Greenleaf Whittier and E. E. Cummings are among the many other poets that inspire me.

William Wordsworth and the philosophy of Romanticism has inspired the use of Nature in my poems.

Romanticism (or the Romantic era/Period) was an artistic, literary, and intellectual movement that originated in Europe toward the end of the 18th century and in most areas was at its peak in the approximate period from 1800 to 1850. wikipedia

Aspects of Romanticism included imagination, nature, symbolism and myths, emotions, lyric poetry and ideas about the self.

Wordsworth's poem, The Prelude, describes, how as a child, he ran and played. Nature made a lasting impression in his memory and is clear in his poetry. He developed a strong philosophy about the role of nature and the interaction between man and Nature.

Wordsworth's influence and natural philosophy stir my thoughts and emotions as I write poetry.

I heard a thousand blended notes,
While in a grove I sate reclined,
In that sweet mood when pleasant thoughts
Bring sad thoughts to the mind.

To her fair works did Nature link
The human soul that through me ran;
And much it grieved my heart to think
What man has made of man.

Through primrose tufts, in that green bower,
The periwinkle trailed its wreaths;
And 'tis my faith that every flower
Enjoys the air it breathes.

The birds around me hopped and played,
Their thoughts I cannot measure:—
But the least motion which they made,
It seemed a thrill of pleasure.

The budding twigs spread out their fan,
To catch the breezy air;
And I must think, do all I can,
That there was pleasure there.

If this belief from heaven be sent,
If such be Nature's holy plan,
Have I not reason to lament
What man has made of man?

Nature and My Poetry

A child of the city, I rarely strayed into nature. As I grew older I have had opportunities to explore the greater world and God's gift of nature.

Several summers were spent working as a camp counselor in pine forests. I took a trip to the Green Mountains of Vermont and the White Mountains of New Hampshire. I've taken many trips to the foaming seaside. In cool, mountain lakes and warm, rural streams I have luxuriated. All have inspired me with nature's sublime and awesome beauty.

This poem captures a snapshot of a common scene on any farm. Warmth, security, closeness are themes that we can identify with as we watch the two animals for a brief moment in time.

with her warm snout,

against the early morning chill.

on the foal’s back.

of dawn, draw back

the gray blanket of night.

I, too, have seen the

the rosy-fingers of dawn. End

I've tried different poetic ways to comment on the first rays of dawn. A characteristic of the ancient Greek poet, Homer, is the use of epithets (descriptive phrase expressing a quality characteristic of the person or thing mentioned), as in "rosy-fingered" dawn (used in The Odyssey by Homer).

A Leaf a Fallin'

A Leaf a Fallin’

A fallin’ to the ground.

I saw a cloud a blowin’,

a blowin’ all around.

I felt the grass a growin’,

A growin’ in the ground.

I heard some kids singin’,

This poem is a snapshot of a late summer day.

Grass still growing and Nature beginning her change of season.

Have you ever read William Wordsworth's Poetry?

Have you ever read William Wordsworth's Poetry? 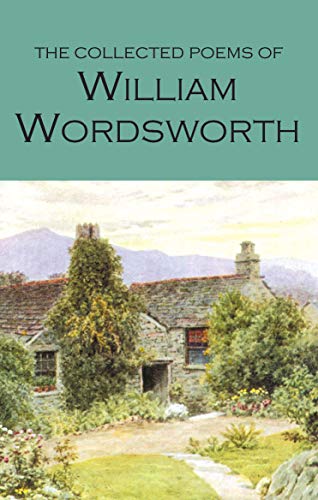