It is a rare opportunity to collaborate with another poet, but chances to share thoughts about writing with a poetess, who is also a fine friend, is even rarer.

It is my honor to introduce to everyone Tamara Woods, a writer with whose gift for words many of us envy. She brings to the literary world finesse that surpasses many.

She has recently published a new anthology of poetry, The Shaping of an Angry Black Woman, that addresses the perceptions that society has of African-American women. True to character, Tamara broaches the subjects she writes about in a candid, tell-it-all way.

A. Who is Tamara Woods?

With that, it is time to satisfy your curiosity about who Tamara Woods actually is.

Based in Honolulu, Tamara is an African-American writer who specializes in edgy poetry that tells it as it is. Her short stories, too, offer a no-holds-barred look at humanity.

Tamara graduated from the West Virginia University with degrees in Integrated Marketing Communications and Journalism.

My chats with her have unveiled the truthfulness that surrounds her approach to life. Tamara never shies away from honesty.

What is instantly striking about her is how she balances sensitive, hard-to-broach subjects with gentility, grace and a definite sense of humor. She describes herself, humorously, as a “hillbilly hermit in Honolulu living with her Mathemagician.” 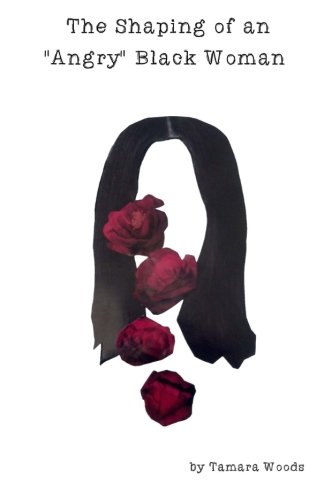 The Shaping of an "Angry" Black Woman
Buy Now

B. Her Writings and Inspiration

Tamara’s writing voice shone through as I asked her about her writing and inspiration.

This prolific writer counts among her influences Maya Angelou, whose poem “Phenomenal Woman” has reminded her of her own femininity for years. The poem encouraged her when she read it during a poetry recital in front of her school. She has since memorized nearly all of it throughout her life.

For those who are starting out in the writing arena, Tamara advises them to “just do it”. The only way to start a writing career, she says, is if you plunge right in.

What are your perceptions of poetry?

C. A Review of the Shaping of An Angry Black Woman

She wrote her own book, The Shaping of an Angry Black Woman, over a span of 15 years. Some of her poems are those she performed at poetry slams in Oahu.

She conceived the idea for the book when she and a friend talked about how society perceived black women. Three stereotypes stood out.

Tamara realized that black women were often perceived as seductive, nurturing and lastly, angry. The book germinated as a protest against these stereotypes.

When I read the poems, I found that they touched base with the human condition. Tamara gives her readers revealing insights into the curve balls often thrown in the path of life.

I did not find her “angry” either. Far from being rants, her poems are simply nuggets of truth that open the eyes. The Shaping of An Angry Black Woman is a poignant picture of life’s sometimes harsh realities.

Here is an example to illustrate what I mean.

The air that makes tooth throb,

Where’s that clove juice that girl said could help?

To get that pulled.

This a’int even a poem.

Just a list of the costs of bootstraps living.

The only way to go is

These boosts squeeze my heels

Limping through the system

Keeping me in the system.

Tamara’s book is for those of us who want thoughtful, provocative insights into life’s tough realities.

Do visit her at her blog, PenPaperPad, for a look at more of her short stories and poetry.

Other Books, Literature and Writing Articles by Michelle Liew