A review of Schindler's Ark- written by Thomas Keneally

Schindler’s Ark is a book based on the life of German wartime industrialist Oscar Schindler whose wartime achievements were immortalised in the film Schindler’s List.

Oscar Schindler was a business man who wanted to make money out of the war. He was a married man who had at least two mistresses at the same time during the war and lived a debonair life in Cracow, living well, eating and drinking the best and entertaining many of the German High Command. Oscar was a polite but determined man with many connections which he bribed in order to win contracts or to generally sweeten the progress of his business.

At some point during the war Oscar became revolted at the way that the Jews were being treated in Cracow. Keneally makes several suggestions as to the cause of his change in attitude , from the chance witnessing of the clearance of a ghetto to the ill treatment of a female servant by a work camp commandant. I came to the conclusion that as the war developed and the Nazi attitude to the Jewish population hardened , people like Schindler would realise there was just so much that they could ignore.

Schindler started his humane efforts by creating barracks at his work camp, which although still patrolled by guards, offered better conditions and security from Nazi violence. His factory produced pots and pans and also armaments for which he needed skilled workers. At this point his ability to help was shown as a number of workers were taken on where they were not skilled, but only to save their lives. The costs of feeding his workers, normally at a standard way above that of normal prisoners, and the bribes to keep them safe, were all paid out of Schindler’s own pocket.

Following a Nazi decision to move the industry out of Cracow in Mid 1944 to save it from Allied Occupation, Schindler chose to relocate. At this point the famous Schindler’s List came into existence. Schindler rescued at least 1100 Jewish workers who were destined for the work camps and certain death at Auschwitz. Again names on the list were not all skilled men. The trip to the new factory was not without danger with the men being delayed for some three days whilst the women were kept in Auschwitz for two months before being sent on. Schindler saved the lives of these women when they got to his factory. Having lost his faith in the aims of the war, if indeed he ever had any, Schindler did anything he could not either not produce goods or produce them in such poor quality that they could not be used.

Schindler’s new factory was liberated by the Russians which caused Schindler to flee to the Americans who understood the role that he had played in saving the lives of his Jews. After the war Schindler tried to establish a new trade with money supplied from his former workers but his business acumen was no longer present. In later life Schindler was supported by the families of the workers that he had saved from certain death.

This is an interesting book which closely details the life of Oscar Schindler and his workers. It is written after interviews with survivors and with his neglected wife. It is an interesting read and clearly shows the violence that one man can show to another. It is a place that I would hope we never revisit. 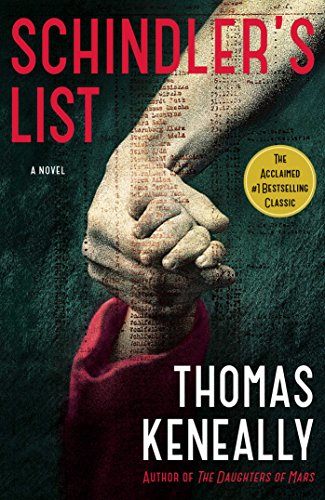