A World Chess Champion from 1963 to 1969, Tigran Vartanovich Petrosian is a gifted chess player. Different from other world chess champions, he does not have the champion characteristic such as strong will, ambitious, and aggressive. A modest, funny, and friendly man, he attained his peak exclusively to his talent, without any other superiority over his opponents.

Tigran had nothing to boast of, except his intelligent mind, yet he did not pride himself on this. Such Petrosian’s character was as a result of growing up during the deprivation and burden of war years. Due to his difficult childhood, he assessed himself highly critically. He solved life’s problems without any external help. He experienced many severe lessons and was obliged, whether he liked it or not, to assess his actions critically.

The essence of psychological struggle in chess can be briefly categorized as follows:

Most chess players spend a lot of time on the first problem (to see the weaknesses of the opponents) but having much difficult time assessing oneself correctly. Many are used to forget their own errors. Petrosian has the rare ability to assess his own strengths and possibilities objectively and without prejudice, correctly compare himself with others. Petrosian is not actually lacking in ambition but he realistically assessed his possibilities and knew what limits he could achieve at a given time.

After Petrosian attained the World Champion title, he continued to behave as though nothing had happened, taking part in tournaments which did little to aid the maintenance of the so-called “Champion’s prestige”. He reasoned, “Sooner or later I will lost my Champion’s title, but on the other hand I will never part with the title of Ex-champion!”

A master of manoeuvring, he was given the nickname of “boa-constrictor”, for his ability to gradually “suffocate” his opponent. His squeezing strategy unhurriedly seized space until his opponent resigned.

Petrosian was famous for his sense of danger, and his ability to take prophylactic measures in good time, making him extremely rare to lose. While still young, he participated in five successive USSR Championships, he did not suffer a single defeat in four of them. It is incredibly difficult to win the title of Soviet Champion even once, but Petrosian was awarded the title four times: in 1959, 1961, 1969 and 1975.

An excessively cautious player, Petrosian disliked unjustified risk in chess. His deep understanding in chess did not allow him to overestimate his own chances.

Despite well-known as a dry positional player, he is actually in fact a stupendous tactician. In his first match with Spassky, he offered his opponent one-piece sacrifice nine times ! Petrosian prided himself as a “positional player”, however when he sensed that his position was strategically ripe for a combination solution, he was ready for unexpected blows. 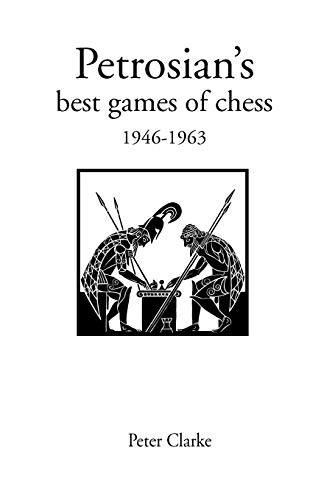