Albert Payson Terhune: Author writing stories about dogs, such as "Lad A Dog" "Wolf" and "Bruce"

Albert Payson Terhune is noted primarily for his books about dogs, especially collies. For thirty plus years he wrote novels, stories and essays that were very popular in both America and England. His books were especially popular with children although he said they were aimed at a larger audience. Whatever the case it was the young readers that kept his books in print for about half a century. In 1969 there were still eighteen of his dog books still in print. Sadly only Lad: A Dog (1919), his first book on dogs, and Lad of Sunnybank (1929) are still in print.

I was one of the young people who read ever dog story I could lay my hands on, especially Terhune’s books. Although some of Terhune’s writing may be a bit stilted now but having just reread a couple of his short stories I think they are still good. They tend sometimes to be melodramatic with the dog as the hero. Wolf and Bruce were among my favorite books.They are still good reading for children and dog lovers.

He was born December 12, 1872 in New Jersey to Mary Virginia Hawes and Rev. Edward Payson Terhune. His mother was a writer of pre-Civil War novels and about household management under the name Marion Harland.  She was an influence on his career. He had four sisters and a brother but only two survived childhood. Both became writers as well.

His education began in Paris and Geneva as his family lived in Europe for a while. In 1893 he got a Bachelors degree from Columbia University. After graduation he took a horseback inspection tour of the leper colonies of Syria and Egypt. He published an account of these travels in Syria from the Saddle in 1896. He married Anice Stockton in 1901.. He was previously married to Lorraine Bryson Terhune who died after giving birth to their daughter.

He worked as a journalist for the New York Evening World from 1894 to 1916. Working on a paper in those days usually required doing more than one thing—he was a reporter, editor, editorial writer and feature writer. He wrote a feature story that involved him in doing exhibition matches with leading boxers of the day such as Jim Corbett and Jim Jeffries. In the process he lost two teeth and got a hand broken.

Terhune was a big man standing at 6’3” and weighing 220 lbs. He looked like a lumberjack and loved the outdoors. I have noticed other writers have been evolved with boxing. It may be something that allows them to better describe fight scenes, In Terhune I always liked the way he described fight scenes between different kinds of dogs.

Terhune with his collies

Although he was successful as a journalist, he never really liked it. He wanted to be a literary writer. He submitted stories to magazines. He said it was hard work until he started writing about dogs and outdoor subjects.  “His Mate,” published in Redbook in 1915 was the start of a new career. It was a story of his dogs Lad and Lady, which became a popular success and he started writing more dog stories. He quit the newspaper and moved to “The Place” (the reference in his books) and spent his time writing and raising collies. The Place was Sunnybank an estate near Hampton Lakes, NJ that he bought. His work always showed a love for dogs and especially collies.

His first book length effort, Lad: a Dog sold 50,000 copies in ten years. And went through many editions over fifty years. He continued to write dog books.

His popularity was such that tourist swarmed to Sunnybank. However they presented a danger to the dogs and property that the roads were gated and marked private. He was so well known that newspapers sometime printed stories about his dogs. The New York Times printed a long account of the death of his dog “Wolf” in 1923.

He never became the literary writer he set out to be but he did create some marvelous dog stories. In 1928 he was hit by a car and never fully recovered. He developed cancer in the 1930’s and died of heart problems February 18, 1942 at the age of sixty-nine.

Dogs made famous by Terhune are buried here. It is owned and operated by the Wayne Department of Parks and Recreation. 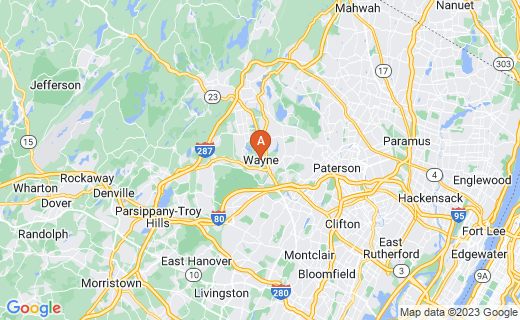