My earliest memory is of my Dad. He was leaning out of the window wearing a cap, waving as the train pulled out of the station. I thought he was the train driver. It was only on reflection, many years later, that I realised it was a Navy cap he was wearing, and that he wasn’t a train driver at all, but a sailor.

I was perched up in an oversized pushchair, on the platform on Birmingham New Street station. The reason I know this is that my Mum told me about it, about the first time Dad came home on leave, and us going to the station to wave him off, him leaning out of the window in his uniform, and me bundled up in this huge pushchair, several sizes too big for me.

“You looked so tiny,” she said.

“You can’t remember it,” she said, in disbelief. “You were about two weeks old.”

But I do remember it. Not directly, but indirectly, through a recurring dream I kept having all through my childhood.

I could see the cap, and my Dad waving out of the window, and the slow chug of the train as it hissed and laboured out of the station, sending out sprays of steam, and I remember being proud and excited because I thought my Dad was driving the train.

But then again there were probably many such leavings and returns in my Dad’s Navy career, so it could have been another time I was dreaming about.

We lived in Main Street in a little back-to-back with a small kitchen in an alcove behind the stairs. It was very dark in there.

Mum used to lie in bed in the mornings and I would clamber in beside her, trying to wake her up.

I was walking by then.

I remember the smell of hot tea steaming in a cup and a bowl of cornflakes on the kitchen table. The cornflakes went slimy if you left them in the milk too long. I didn’t like them when they were slimy.

I remember the stairs going up with the tiny kitchen behind, lit by a single bulb that only seemed to add more darkness to the darkness. And I remember the outside too, bursting with light. The pavement and a big car parked up by the kerb. The smell of oil on the road. I lost my toy lorry under the car. I remember lying on the pavement looking under the car trying to reach the lorry. It looked so small under there, so lost and far away.

I was about two and a half years old.

It was just me and my Mum and occasional visits from Dad. Whenever Dad came he would bring me presents wrapped up in paper.

Main Street wasn’t a main street at all, but a little cul-de-sac, leading off the main road to a dead-end. Mum tells me there were workmen there, building a school, and that I would wander over the road to watch them work. Also that there was a lady across the road who I would visit and who would give me bread and jam. It was a different era, a different world. There was a pub on the corner and when Dad was at home they would sometimes go and sit in the pub of an evening and leave me at home. I was perfectly safe.

I remember the smell of hot tea steaming in a cup and a bowl of cornflakes on the kitchen table. The cornflakes went slimy if you left them in the milk too long. I didn’t like them when they were slimy

After that my Dad was posted to Malta, and when I was about three years old we went over there to live. It was where my sister was born.

Memories of Malta are vivid and colourful, but all jumbled up like a pile of washing in a washing basket.

It was air and sea and high, dry hills.

There was a game of marbles in the dust and the local kids winning all my marbles off me and my Mum chasing them all down the road.

There was a pair of sharp-cut brown Italian shoes which I hated. I walked home barefoot one day and lost one of the shoes on purpose. My Mum never did find out what happened to the shoes.

There was a barefoot girl with brown legs walking in front of me in a flowery dress one day who suddenly bent over and lifted her skirt to show she had no knickers on. I’ve been following that girl ever since. I’m still trying to catch up with her to this day.

There was a big harbour and a sea and a wall and – strange memory this – my Dad stripping down to his swimming trunks and carrying his clothes and me on his back, crossing over the sea to the other side.

And there was a man diving in the water to catch me.

I don’t think the first memory ever happened.

As for the second, in later years I heard the story. I was in one of those little inflatable boats bobbing about in the water by the shore when the tide and the wind suddenly took me, and before anyone had time to do anything I was several hundred yards out. My Dad dived in the water, but I was already sailing out to sea. Luckily there was a headland before the open sea, and man saw me from there and dived in to catch me, so I was saved.

There was a cave whose walls were alive with tiny, red insects. My uncle Robert took me in there, but when we saw the insects we jumped and ran out again screaming.

There was a church with a picture of Jesus on the wall. Jesus had sandals on his feet. That’s all I remember: Jesus’ sandals.

And then a memory of something that didn’t happen, but did happen.

It was after my sister was born. I was given a present, a great big, yellow lorry. “Your new sister brought you this present,” Dad told me.

I was so angry I threw it in the harbour.

For years I carried that memory around with me like a guilty secret: about the yellow lorry which I threw in the sea.

I must have been very angry with my sister.

Many years later, when I was all grown up at last, I spoke to my Mum about it.

“I was very angry when Julie was born,” I said.

“No you weren’t,” she said. “You were delighted. You used to want to hold her all the time.”

“But what about the lorry she brought me which I threw in the sea?”

“She never brought you a lorry,” she said.

But in my head all of that is really true. 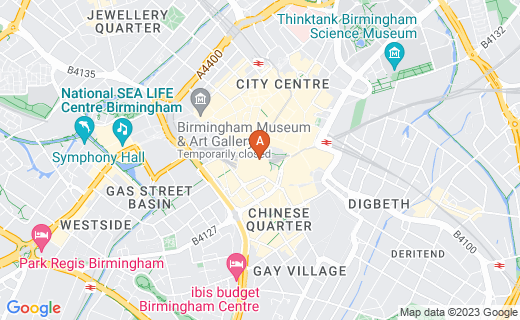