All About The Wine-Loving Satyr

All About The Wine-Loving Satyr

Satyr were described as being animal-like men with ears of an ass, tail of a horse, reclining hair-lines, upturned pug noses and erect members. They were companions of Dionysus who was the god of wine, pleasure, vegetation and festivity. Because of this friendship, the satyr were often shown dancing, drinking, playing flutes and tambourines and sporting with nymphai. In mythology they are usually associated with a sex drive and artists most often portray them with an erection.

Silenus was the satyrs' chief. He resembled a man of the forest with ears from a horse and sometimes he would also have the legs and tail of a horse. The later version of him was fat and bald with a squat nose, thick lips and human legs. When Silenus was intoxicated he was said to have power of prophecy.

The pottery of ancient Greece depicted fully mature satyrs as very muscular with large pointed ears, flat noses, full beards, long curly hair and either vine or ivy wreaths around their bald heads. They would usually carry a thyrsus which was giant fennel staff covered with leaves and ivy vines with a pine cone on top.

Satyrs were given their characteristics of being goat-like through Roman conflation with the fauns, the horned god of the plains, fields and forests. Therefore, they are most often thought of as having the upper body of a man with the lower body of a goat. In Greek mythology the satyrs' horsetail was replaced with a goat tail which gave then almost an identical appearance as the fauns. Additionally, a mature satyr could also have goats' horns and juveniles had bony nubs found on their foreheads.

Satyrs were cowardly and shy, dangerous and subversive, faint-hearted yet roguish. They loved women and wine and roamed to music played from pipes, castanets and symbols and they adored dancing with the nymphs. The nymphs were female spirits who the satyrs were obsessed with and they even shared a special dance that is called sicinnus. Because of their friendship with Dionysus and their love for wine, they are most often represented either holding onto a wine cup or they are used as decoration for wine cups.

In very early Greek art, satyrs are displayed as ugly and cold but later they became youthful and graceful. Roman satyrs were displayed as poetic and popular Latin spirits of woodlands. They were both usually shown with the same physical attributes.

Narnia remakes brought fans of the book Mr. Tumnus, a kind and lovable satyr who befriends Lucy Pevensie in the first movie.

In Percy Jackson & The Olympians: The Lightning Theif, Percy’s guardian, Grover Underwood, happens to be a satyr disguised as a disabled classmate.

Going farther back, Disney artists gave a musical score in Fantasia a Greek mythology theme. Among the unicorns, centaurs and even Zeus they added in some satyrs along with Silenus who was shown riding a donkey with a single horn on its forehead.

Later, Disney brought another satyr to the big screen in Hercules. His name was Philoctetes, the trainer of past Greek heroes. 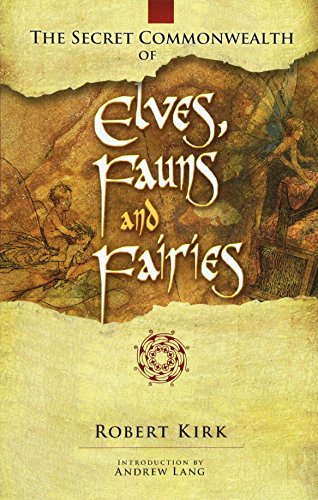 The Secret Commonwealth of Elves, Fauns and Fairies
Buy Now