I am a voracious reader. I will read anything that is put in front of me. Every now and then I come across a book that is better than goo

I just finished reading the book Angels Fall by Nora Roberts. She has once agin managed to write a book that is truly riviting. Her characters are bigger than life and their problems are some we see in the people that surround us. The diagloue is wonderfully written. The give and take between the characters is smart and sly.

Reece Gilmore is an appealing character that draws you in and makes you want her to succeed whatever she is attempting. The book begins with Reece having car problems and running out of money. She lands in a small town called Angel's Fist, Wyoming. Reece has been running away from Boston and the terrible tradegy that happened there. She was the sole survivor of a viscious shooting in a restaurant where she worked as a chef. This shooting killed 12 people that she was very close to, she considered them a part of her family. It left her with panic attacks and nightmares.

She finds a job as a cook in a small cafe called Angel Food Cafe working for a crusty but soft hearted woman named Joanie. After a short period of time she begins to settle a little in the town, fighting herself all the way. Since leaving Boston and her Grandmother's home she has only settled at each stop for a very brief time. The cafe and the people in it has given her a brief sense of peace. Along the way she meets Brody, a writer who moved there to get away. He is criptic, short-tempered and very handsome. There is an instant attraction between the two of them.

One day while on a hike on a Snake River Canyon trail Reece sees a man kill a woman on the other side of the lake. Running down the trail to try to get help she runs into Brody. As the story unfolds Brody becomes the only man in town who is not suspected by Reece of being the murderer. It turns out the town learns of Reeces past and does not believe she saw what she said she saw. Someone is playing malicious tricks on her, making her think she is going crazy and making it appear to the townspeople that she is losing her mind. Through it all Joanie( Angel Food Cafe's owner), Linda-gail (a waitress that works for the cafe and has become her friend) and Bryce are the only people who believe her. The ending of the book is terrific. If I tell you anymore it will give the story away and I don't want to spoil it for you.

One scene in particular had changed, that the time when she came home and found painted words all over her bathroom, well in the book anyway. In the movie the painted words were all throughout her apartment. And the ending in the movie was different than the ending in the book. I have to say I liked the book's ending better. All and all, Lifetime did a good job of keeping the movie close to the book except for a few differences. They were both good, but my favorite version is the book. 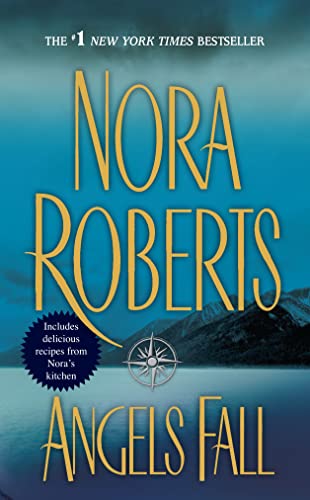