I have interviewed dozens of indie authors, and it’s always interesting to look back and see how their stories compare and contrast from one another. Most are still struggling to find their audience and distribute their copies to the masses. However, all keep plugging away, soaking up small victories, and enjoying the creative freedom that being an indie author provides.

Lindsay Marie Miller is three books into her writing career, exploring different genres with more on the way. Be sure to check out her books on Amazon, and see how she answered my 10 questions below!

I released three books this year (2016): Emerald Green, Me & Mr. Jones and my latest release, Jungle Eyes. All of these titles are currently available for purchase in Paperback & eBook. You can get a copy at the following online stores: Amazon, Barnes & Noble, iBooks, Kobo, Smashwords and other fine retailers.

I always thought of Emerald Green as my own version of Twilight, without the vampires and werewolves. For Me & Mr. Jones, I would compare to Cora Carmack’s Losing It, in the sense that both are New Adult Romances about an illicit relationship between a teacher and a student in college. My latest release, Jungle Eyes, is far different than any novel I have written before. The closest thing I can compare it to is The Blue Lagoon, since it is a love story set on a tropical deserted island in the year 1899.

My debut novel, Emerald Green, was written for a young adult audience, though I have branched out into others. The teenage years are such a crazy/exciting/scary time in a person’s life, and I think Emerald Green does a good job of relating to those stereotypical high school hierarchies. Everyone who’s ever been sixteen can relate to lockers and cliques and prom.

As a writer, there will always be pieces of you in your work, and I am no different. It’s not specific people or events that are autobiographical in my books, but the personalities of the main characters, their habits, interests, values and beliefs. It would be hard for me to write a novel from a character’s perspective that I could not relate to at all. They are still very much their own characters and in no way a representation of me. But I can definitely see things that me and my characters have in common.

Someone once said that I was extremely gifted and told me to never stop writing. That one compliment meant a lot to me, because there are plenty of critics out there who are going to voice their own opinions, and they won’t always have the nicest things to say. It’s the nature of the business, and I believe that everyone is entitled to their own opinion. But even though I’m a writer, I’m still human. Negative criticism isn’t going to make you feel that great, but it’s the positive feedback from the readers who love your work and want more. That’s what makes it all worth it.

When I published my first novel, Emerald Green, this past June, that was a really big moment for me. I wrote the first draft when I was sixteen, and this was something that I had been dreaming about for so long. In October, I published Me & Mr. Jones, and then Jungle Eyes the next month, in November. There’s something so rewarding in seeing your work out there available to the public, where anyone can click a button and buy it. I still can’t believe it sometimes, because it feels so surreal. When you want something for so long and then it finally happens, it can be difficult to comprehend. Sometimes, at night, I’ll look my books up on my Kindle and just stare, thinking, I can’t believe this. How did this happen?

Shutterstock has been an invaluable resource throughout this process. I have to give them a huge shout-out, because if you are looking for stock photos to use as cover art they have such a huge selection and so many great photos to choose from. All of my covers include stock images found on Shutterstock.

My family members have been the best supporters, especially my parents and grandparents. Sometimes, one of them might “stalk” me on the Internet to keep up with everything I have going on with all of the books. They have all known me since I was a little girl and watched me grow up. Now that I’m writing, there’s another aspect to the relationship I have with each of them. I think I’ve grown closer to them all through this process, because they don’t see me as just a child or grandchild anymore, but as the writer of these stories that they have always heard me talking about and are now finally able to read.

There is the follow-up to Emerald Green, which will be the second installment in a four-part book series. I also have a sequel planned for Me & Mr. Jones and two more books in the Jungle Eyes trilogy. I’ve been working on a New Adult Contemporary Romance stand-alone as well that is more of a romantic comedy. 2016 is going to be a very busy year…

Since I am the same age now, this quote has really stuck with me over the past year:

“At 23, J K Rowling was broke. Tina Fey was working at the Y. M. C. A., Oprah had just gotten fired from her first job as a TV reporter and Walt Disney had declared bankruptcy.” 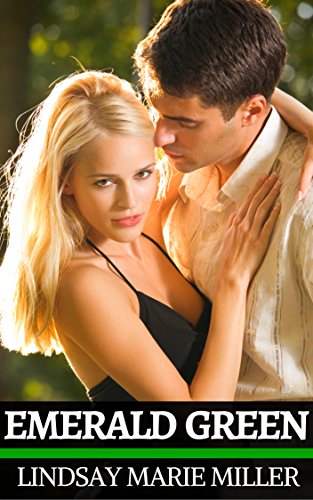