The Importance Of Books

I believe that children books do more for kids than just entertain them. Books teach kids morals, ethics, and problem solving. Also they will teach kids how to read without boring them to death. It makes learning fun for them. Books are a gateway to a new world that children can entertain themselves with. Instead of running around causing trouble they could be reading quietly in their room. Sadly some of the greatest books have been banned or will be banned in some places.

Challenging is attempting to get material in literature removed. Banning is the act of actually removing certain material in a book or in some cases the entire book. Most challenges are unsuccessful, but sometimes in some places, restriction of books can occur.

The Complete Fairy Tales of the Brothers Grimm

This book contains several classics such as "Hansel and Gretel" and "Rapunzel" that even movies are based off of. This book has been banned and challenged many elementary schools around the United States. This one book contains over 100 different stories that all teach an important life lessons. This book was thought to have excessive violence, racism, and negative portrayal of woman.

James and The Giant Peach

This book by Roald Dahl also had a movie created on it. This book contains a fun filled adventure with humorous characters like a spider and a grasshopper. Sadly it is now banned in several school around the united states. Some Parents didn't seem to like the spider and grasshopper all too well. They thought the Miss Spider was sexual and The Old Green Grasshopper was a racist. Also there was apparently communism as well as the promotion of drugs in the book.

The Wonderful Wizard Of Oz

This widely popular story written by L.F. Baum has been banned in libraries in Detroit. This is a magical story that teaches you to accept yourself for who you are. However the director of Detroit libraries seems to think different. This director seems to think that this book has "no value" and supports negativism and brings the thinking of kids to negative levels.

Not only is this classic series by A.A. Milne No. 22 on the banned list of the United States, but it's also banned in other countries such as Russia, Turkey, and even England where it was created. This book is about adventures that a group of friends have together. However the friends in this book include talking animals such as a bear, a piglet, a donkey, a rabbit and others. These talking animals apparently "insult" god and should not be told to children. Also the book is apparently pro Nazi. The reason for this is that one person who supported the Nazi party took a liking to Pooh bear and because of this one person the entire country of Russia has banned the book.

Where The Wild Things Are

Yet another book that we have created a movie out of. Very soon after the release of the book it was banned in several libraries all across the United States. The restriction of this book was for its dark tone. Also parent didn't like how realistic the protagonist of the story was. He was rebellious and mischievous much like a normal little boy. The book is "psychologically damaging" for children.

Charlie and The Chocolate Factory

This is a very fun and creative book. There are chocolate machines, ever lasting gum, and a huge chocolate factory ran by workers called Oompa Loompas. These Oompa Loompas are the reason for this books restriction. In the book by Roald Dahl they are dark skinned pygmy people who work for cocoa beans. As you can probably guess this caused a lot of controversy on racism. While Dahl said he had no intention of any racism, the book still got a banned label in some places around the U.S.

Have You Read The Original Charlie and The Chocolate Factory Book?

This book is one of the most popular but also the most banned book in America. It has themes of death and resurrection from the dead makes it controversial in some perspectives. Also it's heavily theme of magic and witchcraft is looked down upon by conservative Christians. Parents believe this book isn't appropriate for children either. They believe there's a lot of dark and scary stuff especially in the later books. However this hasn't stopped it from becoming eight movies, but still is very frowned upon by some libraries in the U.S.

A very well known book that has movies and video games based on it. This story is about a momentous adventure a girl goes through and sees a totally different world filled with things like talking cats. However this book has been suspended in New Hampshire and banned in China, for animals should not be able to talk. Also it has been challenged just recently for promoting drug use.

This is a cute book about two penguins raising a child together. Nothing wrong with that right? Well the problem that some people seem to see is that both penguins are males. People thought this was perverting the youth and promoted homosexuality. This book has been banned in several states and is often challenged by numerous people.

This book was banned in several places including California for two reasons. One was for early Marxism. These are essentially the ideas that built up into communism. The second reason is for the homosexual innuendos. This book is about Sam who tries to convince this grouch to eat green eggs and ham. The ham apparently represent a phallic sausage. Also several of the lines including "Would you could you in a boat? Would you could you with a goat?" are said to be proposals of sexual suggestions. However the ban on this book was later lifted, but only because of Dr. Seuss's death.

Do You Believe Any Of These Books Deserve To Be Banned? 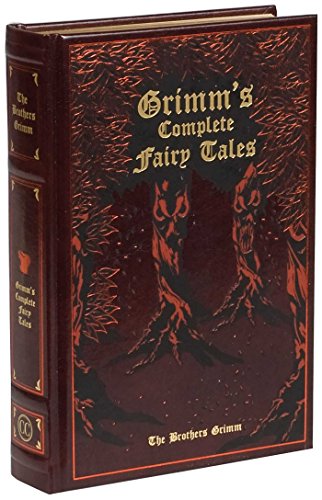