The Theme of Exile in Beauty and the Beast

Variations of the familiar fairy tale Beauty and the Beast exist in cultures around the world. While the details may differ, the common thread is a courtship and marriage of a human woman with an animal bridegroom.

In most of these stories, the woman loses her animal husband, and must undergo a long journey or difficult ordeal to reclaim him. When the couple is finally reunited, the enchanted animal bridegroom is able to regain his human form.

While many themes can be found within these stories, such as love, adventure, virtue and beauty, one of the main undercurrents is that of exile.

Exile of Both the Beauty and the Beast

A recurring theme in the more popular versions of the "animal bridegroom" tale type is that the “beauty” of the story is forced leave her own home or world to live within that of the beast’s. This is a form of banishment, or exile for the woman, who is giving up all that is familiar, including friends, family, and community.

However, the beast is undergoing his own exile. In all of the story variations, the beast was originally a man, and usually a rich or royal one too. Because of an enchantment, he is forced to take on hideous or animalistic characteristics, and retreat from a society that now shuns him.

The beast’s exile is a bit more symbolic than the beauty's. Because of his conditions, he cannot live in the human world, yet he is similarly unable to live solely within the natural world as the beast that he resembles. Though he may exhibit the form of the beast, and some of its nature, he still remains tied to his humanity. The memory of this former humanity is exhibited in the beast's speech and manner, he lives as a human, and talks as a human. Though he may look like an animal, he is unable to fully embrace this animal nature.

On the subject of exile, Andre Aciman once wrote: “What makes exile the pernicious thing it is is not really the state of being away, as much as the impossibility of ever not being away-- not just being absent but never being able to redeem this absence."

Using Aciman's logic, the beast cannot not be absent from the human world, he always be feeling the pain of his banishment. It is this state of being unable to reconcile his dual nature that drives him to wed a human. A human marriage will serve to tether him once more to the world of the human, thus alleviating some of the separation and pain of the exile.

Exile as the Basis for Love

The beast and the beauty share in this idea of exile, perhaps it is this, more than any other thing which unites them. The love story between the two of them could be read as a means of coping with the perpetual outsiders that they have both become.

According to Eva Hoffman, "in our human condition, it takes long, strenuous work to find the wished-for terrains of safety or significance or love. It may often be easier to live in exile with a fantasy of paradise than to suffer the inevitable ambiguities and compromises of cultivating actual, earthly places. And yet, without some move of creating homing structures for ourselves, we risk a condition of exile that we do not even recognize as banishment."

For both the beast and the beauty, the desire for love, or the drive to unite in marriage, stems from their need to create this “homing structure.” The quest, journey, trial or death that must be undertaken before the eventual reunion and transformation can be both an alchemical transformation of the “beastly” aspect, inasmuch as it is a search for safety, a filling of absence, and a death of the “otherness” that keeps its heroes and heroines from completion. Rather than be banished to a land that lies “east of the sun and west of the moon,” a land that exists far beyond the boundaries of what is known or understood, the beast and his beauty, or prince and his princess, must find a way to live in the world of the familiar, and thus healing the wounds inherent within the experience of exile. 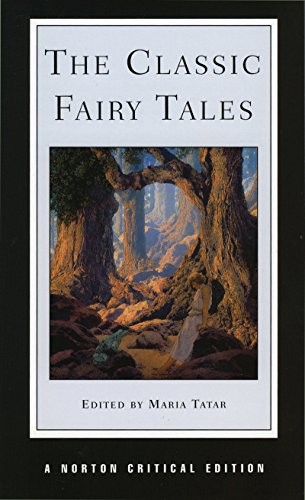