Warning - This Critique contains spoilers. If you have not read the book and want to read it, don't read this critique. If you have read and thoroughly enjoyed the Hobbit as I have, please continue to read!

In honor of the fact that "The Hobbit" will be in theaters in December, here is a critique I did some number of years ago that has never been published, as I wrote it for a college English class.

Bilbo's calling occurs when he is chosen by Gandalf to be the fourteenth person for the quest to the Lonely Mountain to recover the lost treasure that Smaug has stolen from Thorin Oakenshield's family. Gandalf leaves a mark on Bilbo's door, signifying that Bilbo is the burglar that the dwarves are looking for to help steal the treasure back. This starts Bilbo on his quest to the Lonely Mountain with his companions, the thirteen dwarves.

Bilbo's cleansing comes when he meets up with Gollum in the tunnel, for it cleanses Bilbo of the loneliness and helplessness he finds within himself. This meeting with Gollum helps him to realize that Bilbo doesn't need anyone else to help him conquer a foe. He has his own wits to do that. This makes him feel a bit more courageous.

Bilbo has many conquests along the way. In fact there are too many in Tolkien's novel to list, but here are a few:

Bilbo's crisis happens when Thorin refuses to pay Bard or any of the men for their help in recovering the Oakenshield treasure. It is here that Bilbo realizes that it will take a great deal to convince Thorin to give up some of his gold, which is not an easy task for a dwarf. It is a crisis to Bilbo because he risks his friendship and his share of the treasure when he brings the Arkenstone to Bard to use as a bargaining chip. However, the crisis is resolved as the Battle of the Five Armies ensues and proves to all that dwarves, elves and men can once again live in peace.

The celebration happens after the great battle and continues until just before Bilbo arrives home. It is not so much a celebration of the winning of the battle as much as a celebration of the kind of person that Bilbo has become; a hobbit ready for any chance, an adventurer who has been able to look death in the eye and live through it. Bilbo has changed for the better for he has been able to embrace who he is and what he has become.

Changing of a life is a major theme in this novel. Bilbo starts out as a shy dignified hobbit who tries to suppress the adventurer inside of himself because it is not something a respectable hobbit would do. He knows little of the world around him and is very fearful as a result. Yet throughout the many perils that Bilbo faces with his companions, he becomes more and more the adventurer and less fearful of what is out in the world. He gains self-confidence and becomes stronger. As a result, his outlook on life changes. As Gandalf states on the road home, as they near Bilbo's beloved Shire, "You are not the hobbit that you were."

Bilbo is not the only character Tolkien chose to mature in the novel. Thorin Oakenshield also changes in the way that he views himself. Thorin starts out a very dignified dwarf, even going so far as to act haughty at the way he was greeted by Bilbo as he stood on Bilbo's front step in the beginning of the novel. Thorin sets out on the journey to claim what he feels rightfully belongs to him: the treasures Smaug the dragon had taken from the town of Dale. Yet, Thorin cannot bring himself to accept that there are others to whom the treasure does rightfully belong when the claims from Bard and the rivermen come in. Thorin becomes greedy and it takes the great battle, in which he is mortally wounded, for him to see that it is not money that matters, but only friendship. Friendship is the only thing that can go with him into the halls of waiting. 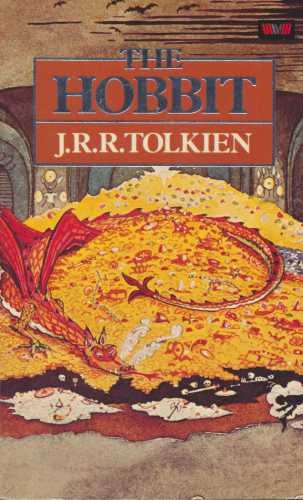