Book Review: A Roux of Revenge by Connie Archer

One of the fun things I like about reading books in a series is that sometimes the author will write around a fall festival which always ends in murder. It's the typical plot in which the main character stumbles across the victim.

In this case, author Connie Archer shows us a little bit of the behind the scenes antics when it comes to the fall festival in Snowflake, Vermont.

One of Lucky Jamieson's young waitresses, Janie, has noticed a strange man stalking her. She doesn't know what to do and with the recent death of her father, she's been on edge lately. Of course the pressure that she feels is quite normal.

Lucky on the other hand, has been trying to get rid of Ernie White, the man behind the festival. He's been making daily trips to her soup shop trying to get her to buy ad space. She doesn't feel that she needs to advertise and this of course makes him mad.

But as the story opens, a man is found dead at the side of the road and at first it seems like it could have been an accident, but upon later inspection, it's determined that it was a murder by Nate Edgerton. It's also a coincidence that former insurance investigator, Joe Conrad, arrives in town.

Joe has been retired for a few years and he's always had a bank robbery case that he couldn't close and now the stature of limitations is about to run out, so he hopes that he can finally close the case. This has been his Moby Dick and he knows that once the it's solved he'll be able to rest more easily.

However, Lucky's life is about to be shaken up when she meets her boyfriend's new hire, Dr. Paula Serens. Lucky doesn't know that she and Elias had one been an item and now she's coming back, ready to stick her claws into the bachelor doctor.

Having to compete for Elias' affection isn't the only thing that Lucky has to worry about. Janie goes missing and since she had been staying with Lucky, she feels that it's her responsibility to find her.

Will the madness ever stop?

In a word, no, and Archer gets you hooked from the discovery of the first murder all the way to the last. As the third installment, it's loaded with action and a lot of red herrings. She really keeps you on your toes in this latest installment.

Sure there are times of boredom, but, you'll get over it and the only thing about this installment was the ending.

Once everything is revealed, the story continues for about another thirty pages and by this point, you'd wish you could leave Snowflake! 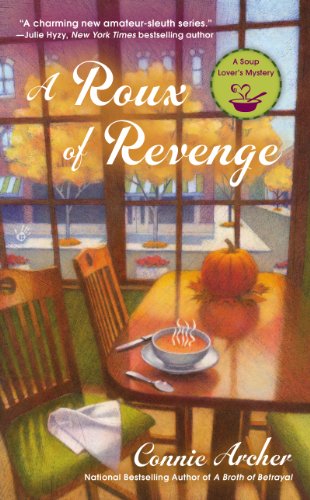