Jorge P. Newberry is the Founder, Chairman, and CEO of the American Homeowner Preservation. His mission is to help Americans whose lives were crushed by massive debts; he is a modern-day hero and a man of many great things. Since the age of seven, his desire to earn his own money was unstoppable. He started as a newspaper boy and at 11 years old, made his first major business acquisition: the sleek ice cream trike. Whatever he desired to do, he bravely achieved through his own skills and very strong determination to succeed. He took his first regular job at age 13 as a busboy and started to dream of having his own record company at 14. With his own savings, he formed Youth Manifesto where he discovered the art of listening. His work was his play and schooling; he learned to research, ask, negotiate, reason, interpret, calculate, visualize, and create. At age 16, instead of going to college, he decided to chase his dreams. As a result, Youth Manifesto shipped nationwide with good reviews and complimentary mention at L.A. Weekly. By 17, he was able to pull off a show at Happy Times. From then on, whenever he accomplished something, he got bored and aimed for something new. The many endeavors he took next were bigger, more challenging, and riskier – he started to become greedy in prevailing where others had failed.

Burn Zones: Playing Life’s Bad Hands by Jorge P. Newberry is a memoir of triumphs and failures. The author’s story is vividly told by sharing his dreams, how he has accomplished them, how he wanted to accomplish more, and how his greed for taking risks has put him in despair but at the same time, gave him realizations that brought his equilibrium back. This book is highly recommended to readers of all genres; Jorge P. Newberry’s life is the epitome of Confucius’ famous quote, “Our greatest glory is not in never falling, but in rising every time we fall.”

There are so many things I love about this book and the author’s life itself: (1) I love the kind of family he has. Their neighbors thought of them as “gypsies” because of the parenting style but I envy that his parents always believed in what he can do, allowing him to do what he wants even at such a young age, (2) His drive that came from the challenge of prevailing where others have failed is very remarkable. He aimed to fix the impossible at his own risk, (3) His writing style reveals his many expertise; the very detailed job descriptions and functions are very informative, (4) The photos of the most important things that happened in his life were nostalgic and some captions showed his funny side. Lastly, (5) The realizations shared in this book made me less anxious of my own shortcomings and proud of the fact that I chose to get up every time I failed.

The only thing I dislike about this book is that it made me cry because I was envious of his relationship with his father. Jorge P. Newberry is the best son anyone can have.

Overall, I am giving this 5 out of 5 stars. The editing was flawless. I couldn’t elaborate much after stating too many things that I love about this book; it is obviously a book that I will cherish because of the wisdom I gained after reading it. This book tells a story that every household should keep and pass on to the next generation. It is a definite must-have. 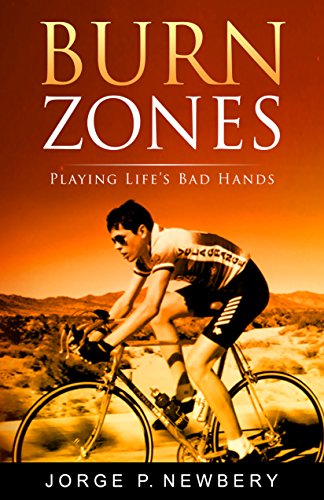