Private Investigator Dave “Trip” Splatter is a half-breed orphan who grew up on the streets of Chinatown. His friend, Attorney John “Jackhammer” Marsten, Jr., Esq., grew up with a silver spoon in his mouth. When Attorney Timothy Tremble, Jack’s legal partner, is accidentally killed by Mike (Jack’s brother), he and Dave team up to prove his innocence. Little do they know, there is more than conflict of interest that complicates the entire case trial when the investigation leads them to a secret that nobody knew was coming.

Conflicted is a fast-moving legal thriller by Steve Eggleston and co-written by John Neyer. The story revolves around a self-defense case that is possibly tied up with the Chinese mafia. It’s a mix of court drama, action, suspense thriller, and humorous entertainment.

I love so many things about this novel: (1) Dave and Jack’s tandem is hilarious, (2) Dave’s silly Chinese impersonation reminds me of myself back in high school because my alma mater was a Chinese Catholic school. Hence, I had two Chinese subjects and learned basic Mandarin and Fukien, (3) The authors’ mastery of the legal topics is exemplary, (4) The narrative and lines were very well-written, (5) The characters are well developed with balanced personalities, (6) The storyline is gripping and fast-paced, (7) I was dumbfounded by the surprising twists, and last but not the least, (8) the book has pristine editing.

This book is so great that there is nothing I dislike about it, and if I were to sum it up with just one word, all I can say is, “Wow!” Overall, this is a definite 5 out of 5 stars. It’s the best legal theme I have read this year so far, and I recommend it to ALL mature readers who love crime novels. 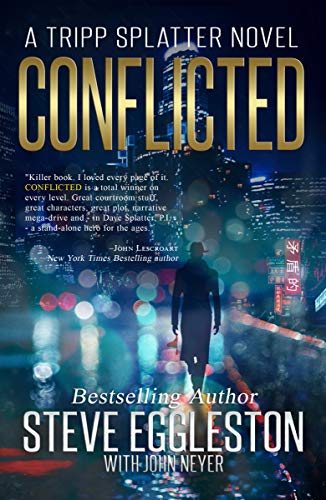